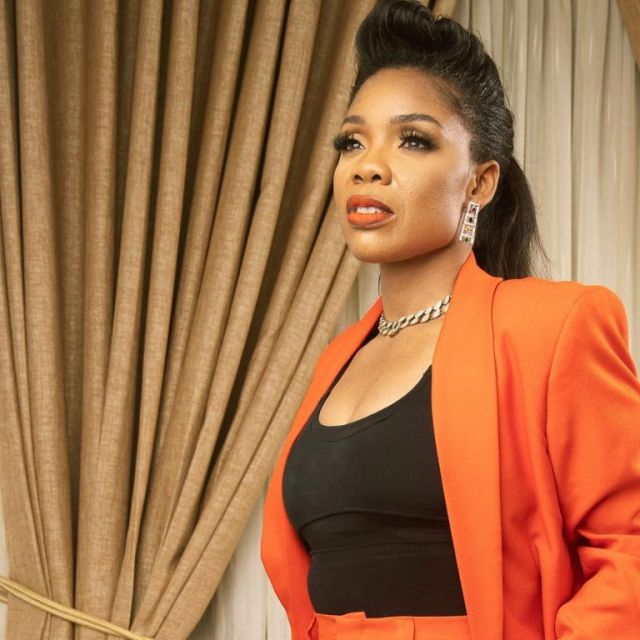 Nigerian professional dancer, Kaffy, has reacted to the criticism she has received after she announced that she and her husband, Joseph Ameh, are no longer husband and wife.

The mother of two had in an Instagram post earlier today, for the first time, opened up about her divorce. According to her, marriage is supposed to be an alignment of destinies but that wasn’t the case for her and Joseph so they decided to go their separate ways.

She also added that she and her ex-husband parted ways so that they could grow individually.

Reacting, an Instagram follower took to the comment section to express his displeasure with the shocking news. The follower accused Kaffy of misleading young people who are looking up to her.

According to the follower, Kaffy’s divorce has taught millions of youths that look up to her that “divorce is a thing to do”.

“You just showed us the wrong way, you just made kids that will grow with the stigma of divorce and the tails will show in time, you just chose the woke world way… You just joined the bandwagon to promote the destruction of the first ministry God made on earth,”

In response, Kaffy told the Instagram user that he is not her “author” and can’t write her life’s story to fit his narrative.

See their exchange below… 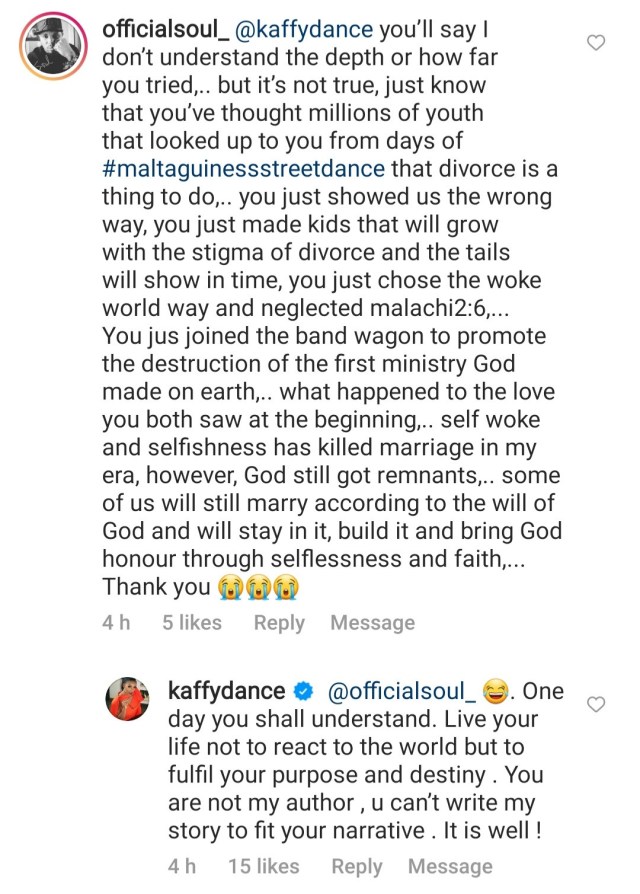