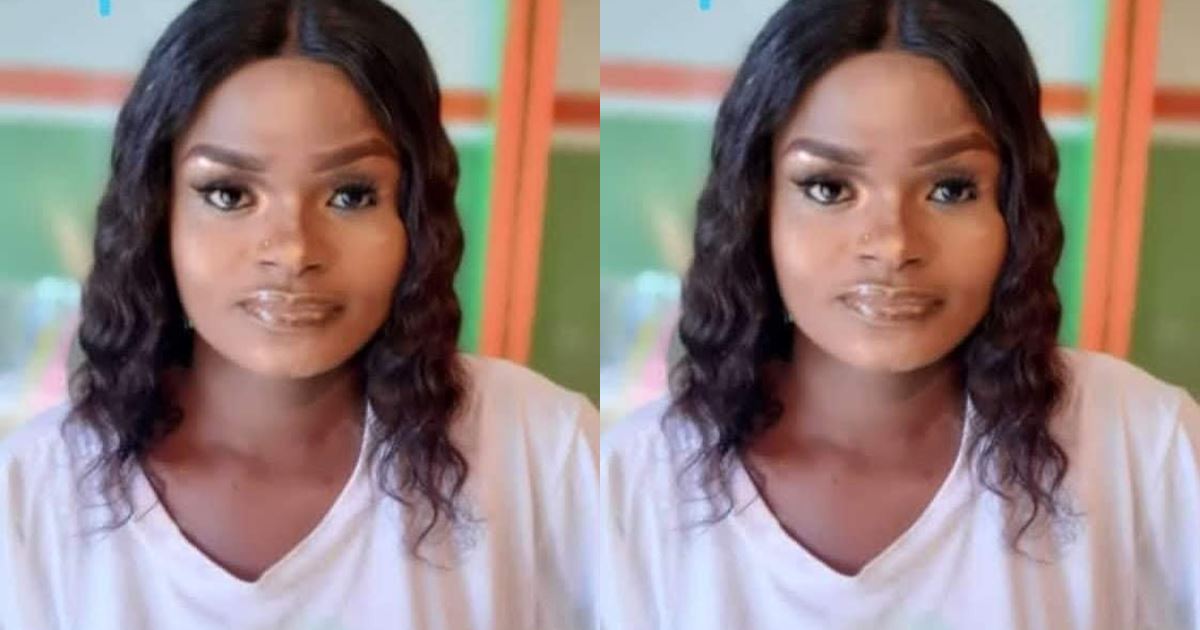 The mother of Plangnan Solomon who found dead in Jos has narrated how she warned her severally to be careful with men.

It is alleged that Plangnan was recently murdered for rituals as her vital organs were missing after her lifeless body was found near Plateau Radio Television Corporation (PRTV) in Rayfield area of Jos South.

Recounting the unfortunate saga, the embittered mother of the deceased in an interview with Daily Trust said:

“It is not in her character to leave home and stay longer than time. Anytime she left home, at most, she stayed away for one day and returned but the last time she left, it was unusual.

“Three days after she went out, we didn’t hear from her. I then asked her sisters to call her phone number. We dialed the number severally but there was no response.

“We later heard that a picture of the corpse of a young woman was posted on Facebook but it didn’t occur to us that it was her.”

Bridget John, a nephew to the deceased, also explained how the family was able to trace and identify the body of their sister.

“When the body of Plangnan was first discovered, residents of the area had posted the picture of the corpse on various social media platforms to create awareness.

“A day after I saw the picture on Facebook, though I couldn’t recognise who was in the picture, I was disturbed by the development because I knew that my aunt was nowhere to be found, and she could be the one in the picture. I told my grandma about it and asked what about if that corpse was Plangnan’s.

“I called other members of the family to go to where the body was said to have been seen. We took a tricycle and headed to a police outpost in Rayfield where we made enquiries.”

Speaking further, Bridget disclosed that the officer in charge at the station showed them a picture and was recognised as Plangnan’s. She added:

“The police said she had been buried because they couldn’t keep the body with them in that it was getting rotten and wouldn’t be good to leave it like that.

Afterwards, we were all taken to Mai Adiko Burial Ground and showed where she was buried. We came back home and informed the family that Plangnan was confirmed dead and already buried.”

SEE ALSO: Here’s Why Actor And Dad, Okon Lagos Is Calling For Urgent ‘Fixing’ Of The Boy-child | A Must Read!

The mother of the deceased said she had always cautioned her daughter not to trust men because some use the opportunity of their relationship with women to achieve their hidden objectives. She shared further as she also advised young women saying:

“The death of Plangnan is painful but there is nothing I can do. As a believer, we just have to be patient but it is painful. We have accepted it in good faith.

Children of today don’t listen to their parents anymore. They prefer to do whatever they like. I remember, always warn her to be careful with men.

This will serve as a lesson to everyone especially women. Never trust men all the time. There are good ones among them but many are bad. Whoever seeks relationship with you, investigate to know if the person is of good character before accepting him. If not, leave him and forge ahead with your life. These are my words to all women.”

An older sister to the deceased, Nanman Solomon, admitted that Plangnan’s death was a great loss to the entire family. She said:

ALSO SEE: Alleged Cannibal, Owolabi Adeeko, Gives Chilling Account Of How He Connived With His Mother To Kill His Girlfriend and Eat Her Heart In A Money Ritual Quest

“We have really missed a sister but God knows why he took her at this time. She loved everybody in the family. When she was alive, whenever she offended you, she would come for forgiveness. We will live to remember her forever.”

According to the report, the police had not made any effort to investigate the murder case despite being the one that buried the victim even before the family knew about it. According to the police spokesman in the state, ASP Ubah Gabriel:

“The case was not reported to the police and that was why no investigation was carried on the matter.”

However, the family has insisted that the police was aware of the incident because they reported at the police outpost at Rayfield while searching for the whereabouts of the victim.

While commenting on the incident, the community leader of Congo Rosha, where the victim hailed from, Victor Kwara, said what happened to Plangnan was condemnable, calling on security in the state to intensify efforts to curb criminal activities in the state.

“It is worrisome that we are no longer safe. People can’t move freely. People are often scared of what may happen to them. We call on government to do everything possible to bring an end to all forms criminal activities in the state,”