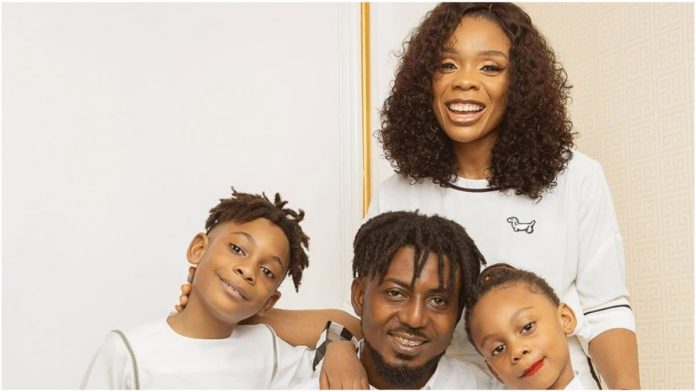 Nigerian professional dancer, Kafayat Safau popularly known as as Kaffy has finally given a glimpse into why her marriage to music director and drummer, Joseph Ameh, crashed.

You will recall that Kaffy in a video she shared on her Instagram page on Tuesday, January 11th revealed that she and her husband are divorced.

In the video, the mother of two revealed that her marriage crashed for so many reasons and that she is grateful that it failed.

In her words, marriage is supposed to be an alignment of destinies but that wasn’t the case for them so they decided to go their separate ways (Read Here).

Giving an update on her marital crisis, Kaffy said she has decided to speak about the details of her divorce through a series of podcasts titled, Divorced not defeated.

In a recent podcast, the dancer revealed that her marriage crashed due to infidelity. Kaffy went further to explain that she was a victim of infidelity.

According to her, she is ready share her story for young adults to learn from.

Read what she wrote below,

“Not everything in the matrimony was wrong. It was just hanging on the foundation that would not let it manifest to the fullest. I’ll be speaking about how I survived trauma and depression. I saw the entire marriage take a nosedive from year 1.

Kaffy and her now estranged husband got married on June 2nd, 2012 and the marriage is blessed with two wonderful children.