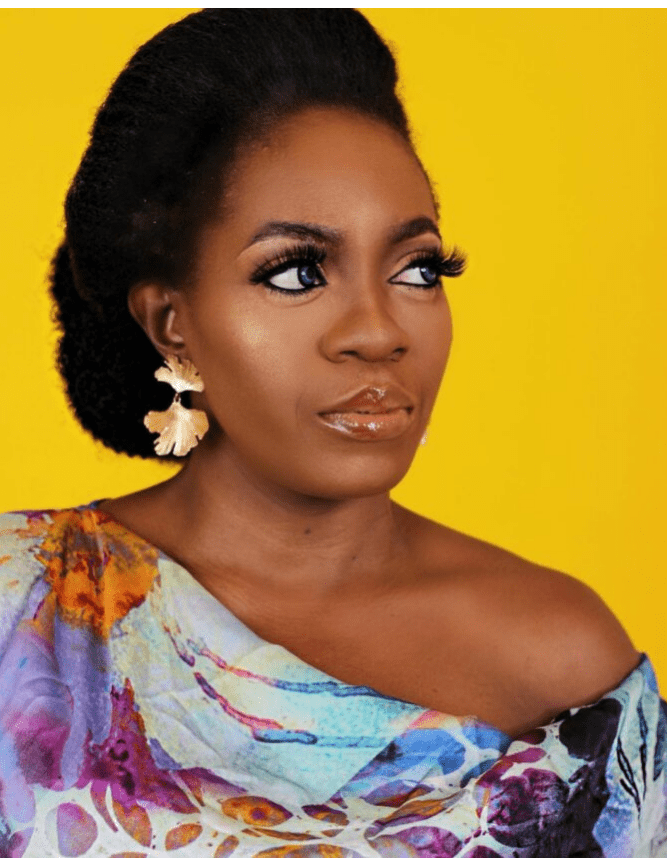 Adekaz is a married man with four children, whom he allegedly abandoned in Minnesota, Canada after he began dating Mercy.

Ladipo in her Instastory post, wondered how a woman could be attracted to a married man. She added that such people don’t see themselves worth being beyond a second fiddle or a possible home destroyer.

The married media personality further added that she feels sorry for women who are above 30 and still sleeping with married men.

“My gender sha, you see a married man with a whole family and you camp there. You don’t see your worth beyond being  second fiddle or a possible family destroyer.

How are you even attracted to a married man? If you are over thirty and still sleeping with married men then I feel sorry for you. (Under 30 you are still foolish so I excuse your behaviour). Sorry because you don’t know your worth.” However, another media personality, Gbemi and some other female celebrities who congratulated Mercy Aigbe on her marriage were dragged to filth because they think they’re encouraging her and others to go ahead to snatch other people’s husbands.

In reaction, OAP Gbemi said Nigerians are something else to attack her over that. Gbemi said she only congratulated the new bride and people are attacking her for that even though she doesn’t know the whole story surrounding the marriage of Mercy.

According to her, she follows Mercy and she also follows her back but they are not close and she looks happy after her marriage hence she went ahead to congratulate her and people are in her comment session saying she took someone’s husband and she’s encouraging her.

READ ALSO: ‘Mercy Aigbe Has Been Sleeping With Kazim Adeoti For More Than A Decade’ -Family Source Makes Shocking Revelations

To Gbemi, there’s nothing wrong in congratulating a new bride who looks happy but to some netizens there’s everything wrong with it because the said bride got married to another woman’s husband which means she broke someone’s home. 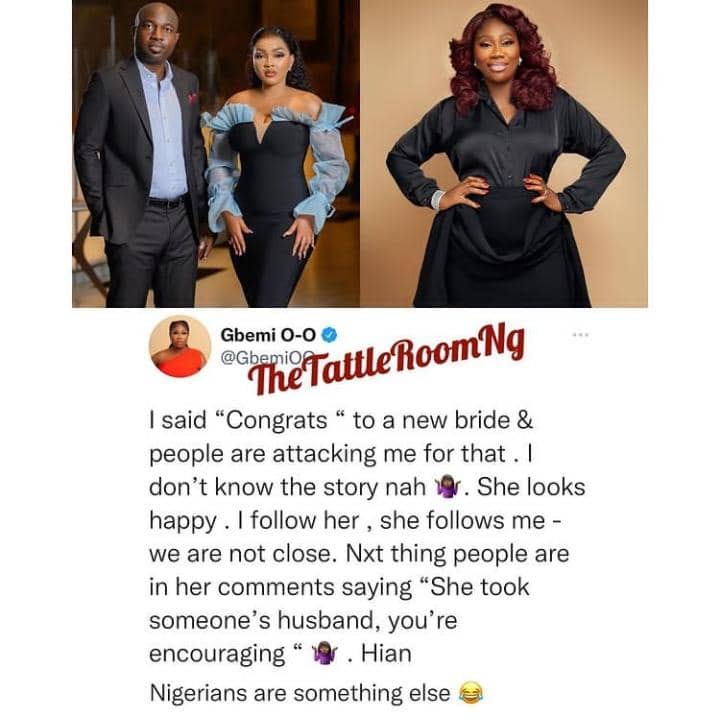