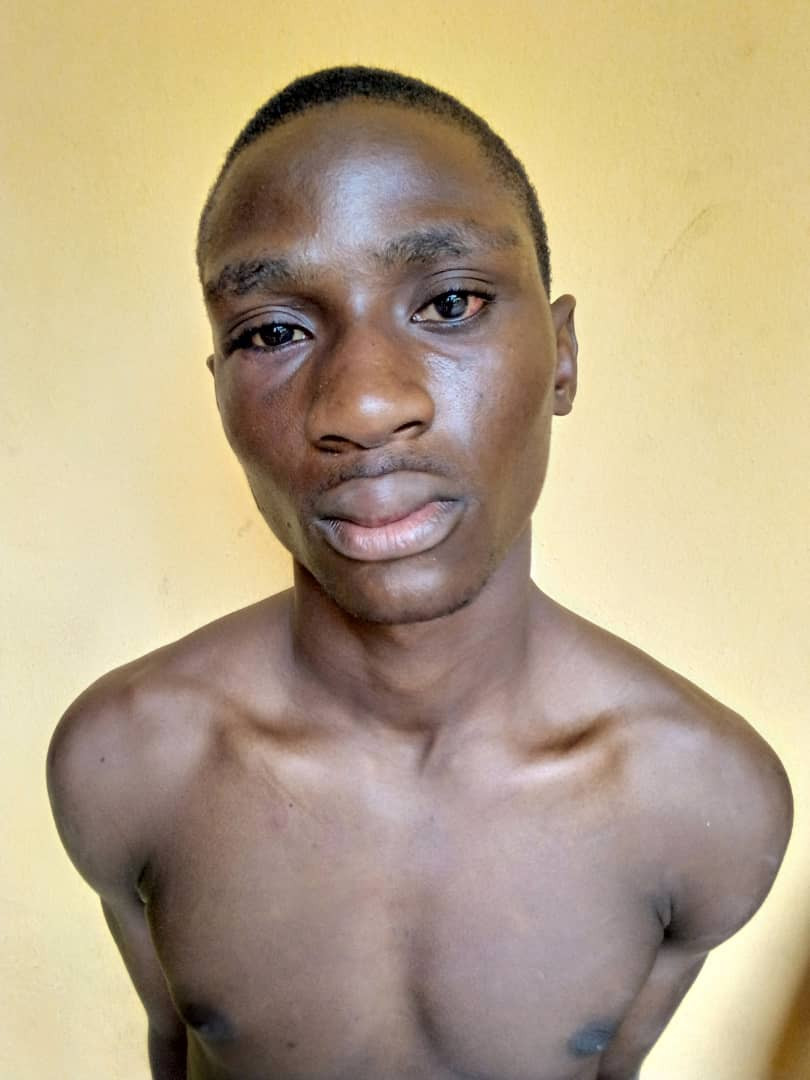 18-year-old lad, Soliu Majekodunmi, who connived with three of his friends to murder his girlfriend, Sofiyah, for money ritual purposes has confessed to learning the practice through Facebook.

Soliu was paraded before newsmen on Monday, January 31, where he revealed that he typed “how to make money ritual” on Facebook and got the detail, adding that the link instructed him to behead and burn a female skull in a local pot.

Majekodunmi went on to reveal that he conspired with his friends, Wariz Oladeinde, Abdulgafar Lukman, Mustakeem Balogun to lure Sofiyah to their apartment in the Oke Aregba area of Abeokuta, where she was killed. 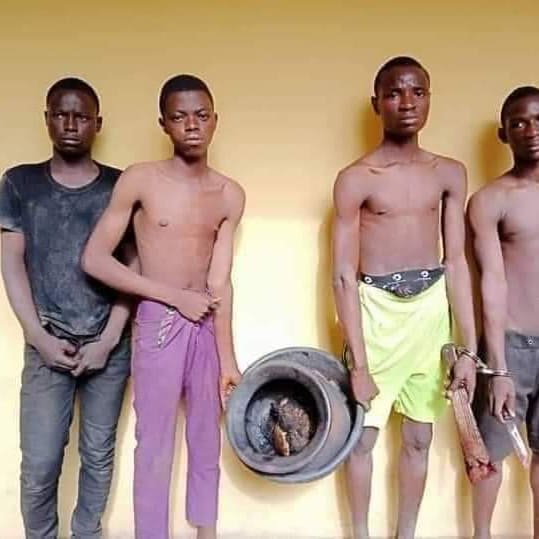 The group confessed to killing the girl, claiming they concluded on money ritual because they wanted to ride exotic cars and live in luxury apartments.

The suspects also added that they purchased three pigeon eggs known as ‘Eyin Aparo’ in Yoruba language and other fetish ingredients which they added in the local pot.

Soliu further confessed that when the victim visited him on Friday, he strangled her and cut off her head immediately with the aid of his accomplices.

SEE ALSO: How 16-Year-Old Died During Alleged Ritual to Make Money in Ogun

Soliu explained how they had contributed money and purchased other ingredients needed for the ritual, while awaiting the day they would kill the lady, who he said was introduced to him in December 2021.

According to him, Mustekeem, who used to attend the same Islamic society (Asalatu) with Sofiat, was the arrow head of the heinous act, saying he was the one who brought the guidelines from Facebook and pestered the group of friends to carryout the act so as to become rich quickly.

“Last year December, Mustakeem gave me her number that I should be dating her. The first time Sofiat came to my house, I informed Mustakeem that she was around and that she had agreed to my proposal for a relationship.

“The second time Sofiat came, I told him, but he told me that she is not a good girl and advised that we should use her (for money rituals).

“Mustakeem said he saw a guideline for ‘Osole’ (money ritual) on Facebook and he had a screenshot of it. Since then, he had been disturbing me that we should use Sofiat for money ritual, but I didn’t agree with him.

“In fact, on many occasions, I lied to Sofiat that I am not at home just to dissuade her from coming.

“During the process, Mustakeem had ensured that we all make contributions towards other items needed for the ritual.

“So, eventually, Sofiat came to my house on Friday. I was inside my room with her while Mustakeem was outside. Later Mustakeem told me that we should go ahead and use her since all other needed items for the rituals are ready.”

Soliu told newsmen that he had regretted his action, urging other youths who are in a hurry to make money quickly to wait for their time.