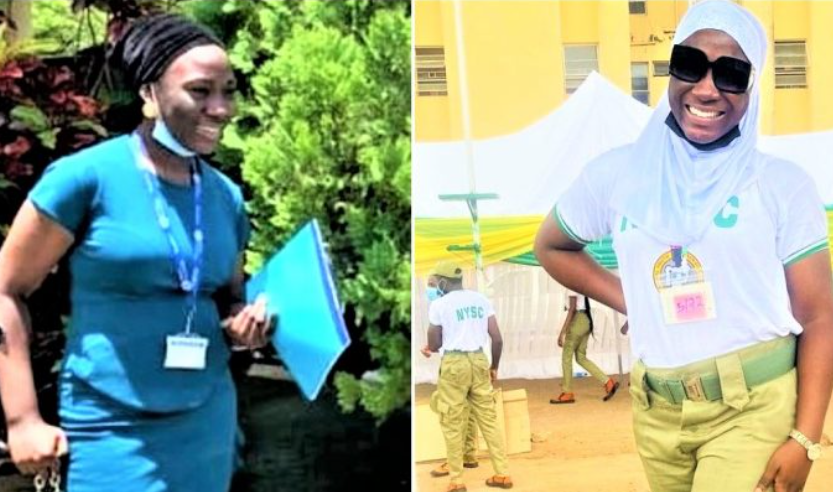 However, despite her daily struggle with the health conditions and their complications, Sadu remained undaunted in her determination to not only get educated but to bag a university degree.

For 19-year-old Sadu, life has been an unending struggle since she clocked three. Her world seems to lurch from one crisis to another

The Microbiology graduate is the first child in a family of seven. Sadu suffers from hemiplegia cerebral palsy, scoliosis, and Obsessive-compulsive disorder (OCD) she developed at ages 3, 9, and 17, respectively.

Speaking with PUNCH HealthWise, the teen said she watched her younger ones and friends go to school happily and many a time, felt like dying, noting that she was begging God to remove the pains from her. She narrated that at some point in her life, her parents would carry her everywhere she needed to go.

From the threshold of her house, she watches other children play and have fun – something she could not do since she lost balance and posture with the right part of her body.

In a country where stigmatisation and shame remain widespread, she has her fair share of social injustice, stigmatisation, mockery, and ridicule.

However, aside from the challenge of stigma, lack of resources and access to many things for people with disabilities in the country were also overwhelming obstacles for Sadu. 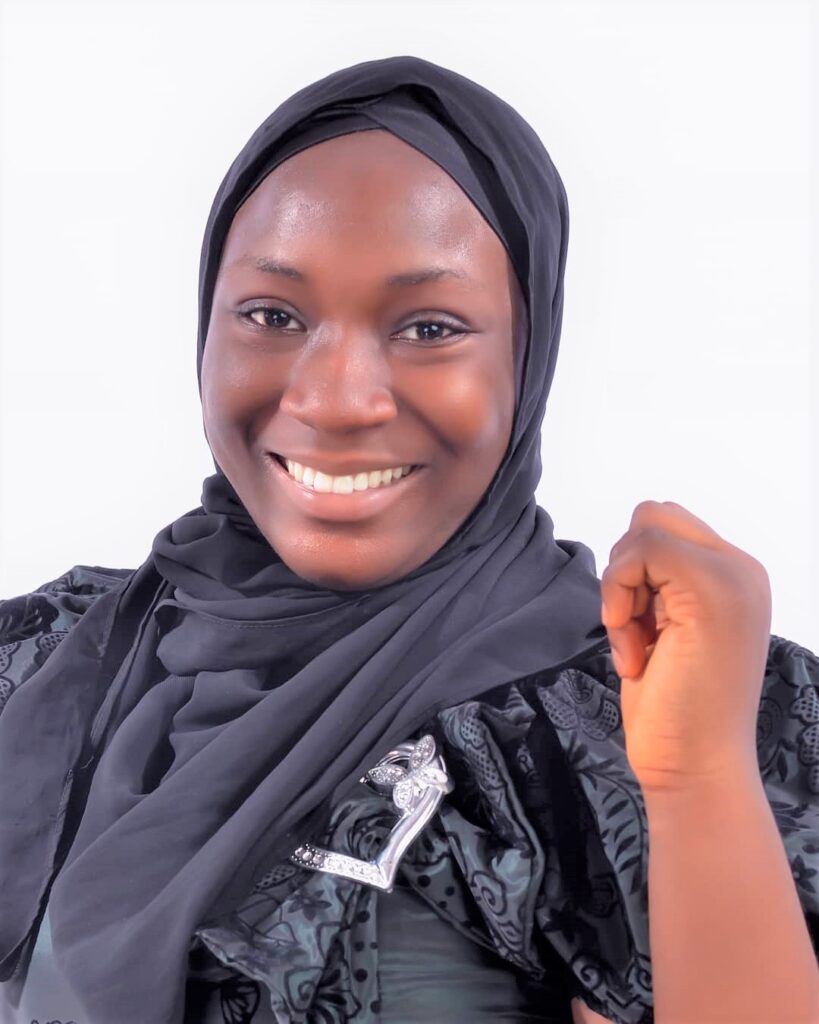 How it all started

Sadu was born a beautiful and perfect child. She was full of life until she fell ill when she turned three and was rushed to a hospital in Lagos where she was diagnosed and treated for malaria.

Days after, her parents noticed she could no longer do what every other child her age does. She could not control her right leg, she could not walk anymore and she was bending to the right.

Sadu looks down, sad, as she recalls how she discovered she has Hemiplegia Cerebral Palsy. Her mother, Mrs. Afusat Sadu believed it was a result of the injection she took at the hospital.

“My mum said I was okay until I was injected at the hospital,” she said.

However, when she was 7-years old, her physiotherapist noted that it could not have been the injection “but could have been something else like Hemiplegia Cerebral Palsy,” she added.

Hemiplegia in infants and children is a type of Cerebral Palsy that results from damage to the part (hemisphere) of the brain that controls muscle movements. This damage may occur before, during, or shortly after birth. The term hemiplegia means that the paralysis is on one vertical half of the body. She said:

“This prompted them to ask my mother if I cried immediately I was born and she said it took some minutes before I cried. She also said I was kept in an incubator for three days.

“Then, the physiotherapist said the signs of what I have are Hemiplegia CP and could not have been the injection.

“So, when people ask me the name of the condition, I just tell them that I have HCP. Personally, I believe it is hemiplegia cerebral palsy, I don’t bother telling them the injection story.”

With the help of her supportive parents and physiotherapist, she gradually began to walk as she grew older, but unsteadily and with difficulty and pains.

According to the Children’s Hemiplegia and Stroke Association, the symptoms of spastic hemiplegic cerebral palsy may differ from child to child and over time.

Symptoms may include stiffness and weakness in muscles on one side of the body, only using one hand during play or favouring one hand before the age of three years, keeping one hand in a fist, difficulty with walking and balance, difficulty with fine motor tasks like writing or using scissors, delay in reaching expected developmental milestones such as rolling over, sitting up, crawling, or smiling. It said:

“Hemiplegia is not a progressive condition, nor is it a disease. As children experience growth spurts, they may have more problems with muscle spasticity, but this does not mean that the initial injury has gotten worse.

“Children with hemiplegia tend to show some atrophy of the hand, arm, shoulder, leg, and foot. This appears more noticeable as the child reaches his or her teens. The child’s arm and leg on the affected side are often shorter than the other side.

“Some of this may be a true difference in the length of the bone. The limb may also ‘appear’ shorter, but this appearance is not a true length difference and is actually due to the increased muscle tone pulling the limb upwards. Weight-bearing and strengthening exercise may help prevent atrophy and increase use.”

Children with hemiplegia cannot be cured, but therapies can help with some of the symptoms, says the Children’s Hemiplegia and Stroke Association. 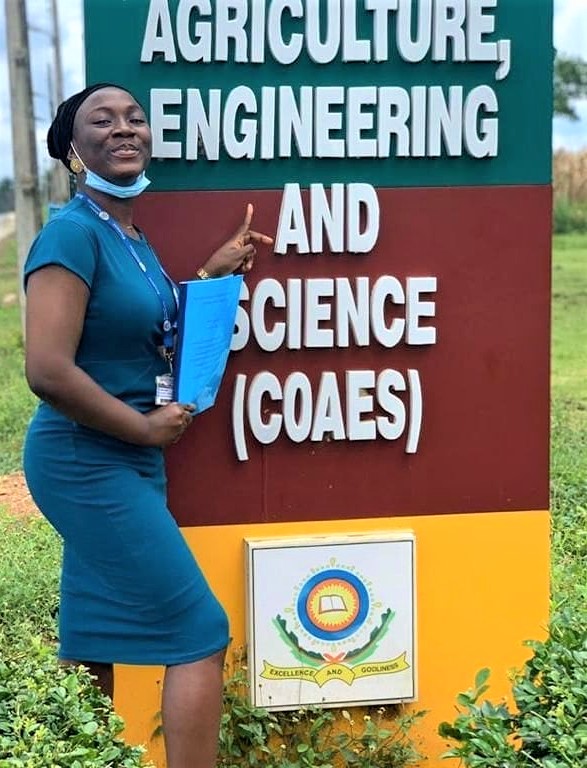 SEE ALSO: Informative: Parents and Kids Living With One Form of Disability or the Other Tell What It Takes To Let Other Kids Into Their World

When Sadu turned 9-years old, she developed scoliosis. This causes a sideways curvature of the spine and her hips to misalign. It affects her gait and her overall mobility.

While scoliosis can occur in people with conditions such as cerebral palsy and muscular dystrophy, the cause of most childhood scoliosis is unknown.

Experts say children with hemiplegia are at a higher risk of developing scoliosis.

An online health portal, Mayo Clinic, noted that scoliosis is a sideways curvature of the spine that most often is diagnosed in adolescents. Mayo Clinic said:

“Most cases of scoliosis are mild, but some curves worsen as children grow. Severe scoliosis can be disabling. An especially severe spinal curve can reduce the amount of space within the chest, making it difficult for the lungs to function properly.”

It added that the risk factors for developing the most common type of scoliosis include age, sex, and family history.

There is no cure for scoliosis, but the symptoms can be managed.

A life full of challenges, pains

Occasionally, when she steps out of her comfort zone, she gets humiliated, ridiculed, and mistreated by children and adults. Sadu, who struggled to control her tears, said:

“The journey has been a war. I have suffered societal injustice, bullying, low assimilation, and a low level of accumulation.

“I felt like dying and I was begging God to remove the pain from me to enjoy my life like every other person. The pain was intense.”

She said her parents have been her biggest advocate. Unlike many people living with cerebral palsy, she attended mainstream schools. She shared:

“First of all, my parents have been very supportive. While in primary school, I had four different lesson teachers, my ad inclusive. He believes that though there is no cure for the conditions, there can be improvements.

“Teachers wonder why I write the way I do, they ask why my parents didn’t look after me, they jump to conclusions. When I was in JSS 1 and 2, I had bullies and people laughed at me.

“I remember there was a time at a bank, I was trying to fill a teller in the bank and some people looked at me with disdain and they were saying I write terribly because when I’m writing, I shake uncontrollable and it’s very hard for people to see my handwriting, they fault my parents for not taking care of me. I just cry and move on.”

Pursuing her dream against all odds

Despite the challenges, the Kwara state indigene showed a strong will to achieve her dreams. She gained admission into Bowen University, Iwo, where she was admitted to study Physiotherapy.

She opted for the course because she believes she would help others with the same condition but her lecturers insisted that she had to change her course because of her medical conditions. Sadu shared further:

“My dad tried convincing them. He was certain that with the help of technology, I will do better but they insisted I changed my course. It was very devastating and I switched department to Microbiology.

“I only tried to like the course so that I won’t waste my parents’ money and I have a degree and not be a liability to the society.

“But aside from that, there are amazing people at the school, I had teachers that I could call fathers and mothers.”

‘I felt there was a reversal of my life’

At 17, when she got into the 300 level, she developed another illness – Obsessive-Compulsive Disorder. Sadu began to have unwanted thoughts and obsessions that cause significant distress for her. She said:

“I felt there was a reversal of my life. I could not concentrate in class; it was like there was someone in me controlling me every time.

“I was having demonic and devilish thoughts like killing someone, like engaging in sexual activity, like harming my loved ones. I don’t want to do those things but it keeps coming. I was having severe depression; I lost a lot of weight. I don’t know where it came from but it’s been a war.

“I just believe that these conditions are for a reason. God has sent me to inspire people with my story so I don’t see it entirely as a disadvantage. I have a positive mindset and I believe one day I will have a larger audience to share my story with. I believe that God is sending me to some people.

“I’m still working towards overcoming the OCD. I get a lot of relapses; sometimes, it’s as if I’m back to square one.”

In 2021, she graduated with a second-class lower in Microbiology.

“Even though that wasn’t the course I wanted to study, I feel accomplished,” she said.

A Consultant Psychiatrist at the Federal Neuropsychiatrist Hospital, Yaba, Dr. Dapo Adegbaju said OCD is caused by chemical and structural abnormalities in the brain; also aided by irrational thoughts.

Dr. Adegbaju noted that signs of the condition are repeated, persistent, unwanted, and intrusive thoughts that cause distress or anxiety in the individual. He said:

“OCD occurs in association with other mental disorders like Schizophrenia and mood disorder. The prevalence in Nigeria is about one percent and it is slightly more in females.

“The treatment options are medications, psychotherapy, or a combination of both and it can only be managed.”

According to the psychiatrist, most patients do not visit the hospital solely for OCD but for other mental disorders.

Also speaking, a Consultant Family Physician at the Lagos State University Teaching Hospital, Ikeja, Dr. Olujimi Sodipo, said there should be a system in the country that provides robust healthcare for people living with disabilities. He said:

“There should be a system in the country that provides care for them. Depending on the severity of the condition, some people will need nursing care, physical rehabilitation and there needs to be a system in place that funds their healthcare.

“The country needs to have a healthcare-based system to cater for those with disabilities, we need to focus on prevention, rather than cure. It is advised that everybody should have preconception care so that women can be advised on the kind of drugs to avoid and the kind of care they need. The delivery period is also important so that there won’t be problems.”

Sodipo added that people living with disabilities can be relevant and contribute meaningfully to society.

“They can still play effective roles in society and supporting them to do so will encourage other people with disabilities. They can also play important roles by working in Non-Governmental Organisations,”