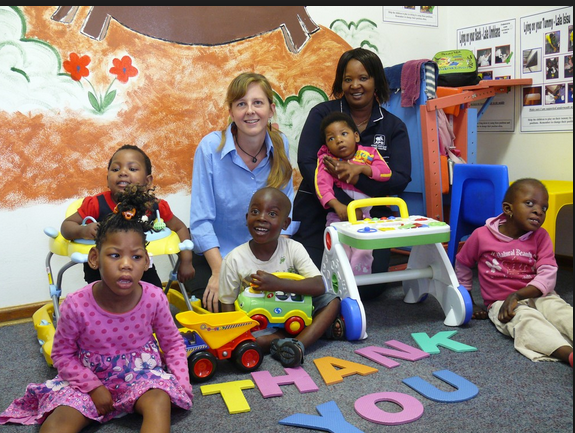 Dear MIMsters: Why Are Some Women Like This? My Wife Is One of Them

A disability is a condition that a person has and which limits him/her in some way. Disability affords a human-being some forms of restrictions and it can be quite challenging especially if both mom and child are disabled.

People living with one form of disability or the other have challenges; these challenges vary from how other people relate with them, to how acceptable they are made to feel when they are with these other people. Are they merely tolerated or lovingly accepted? How does the community view them- with sympathy or empathy?

Now, people need to be properly schooled on how to get into disabled people’s world without injuring their ego. And what better way to learn about that than to hear from the horse’s mouth.

Here are some of their responses:

“Teach your children that other kids are different than they are, but that it’s OK. Don’t be afraid to ask questions if you don’t know about a particular disability.

We would rather answer thoughtful questions than endure stares, whispers, and other negative behaviors.”

READ ALSO: Do You Have a Child with Developmental Disabilities? Read This!

“My daughter has significant speech and development delays stemming from brain damage that is most likely caused by genetics. I think the best thing parents can do to teach disability awareness is to make sure they are aware and comfortable with disabilities themselves.

The biggest issue I’ve had isn’t with kids; it’s with parents staring at my daughter, or whispering among themselves and never approaching her or me. Or worse, moving their child away from us. I find kids are great. They ask questions. And even if they aren’t always perfect in the way they ask, they are quick to understand and then talk to my kid.”

“Sensory accessibility is a thing! When trying to make a space accessible consider the amount of fluorescent light, and how much there is to take in all around the room.

For children, teaching them the difference between stimulating spaces and calming spaces can help them have more awareness of how a space affects someone’s senses.”

READ ALSO: MUST READ: “Through her, I discovered giving up is not an option” Mum of a Child Living With Cerebral Palsy, Helen Dan-Arry Shares Powerful Message

“My 11-year-old has autism. The most hurtful word is ‘wrong,’ as in ‘What’swrong with him?’ or, ‘What’s wrong with you?’ People aren’t wrong. They’re just different, and different isn’t bad.” 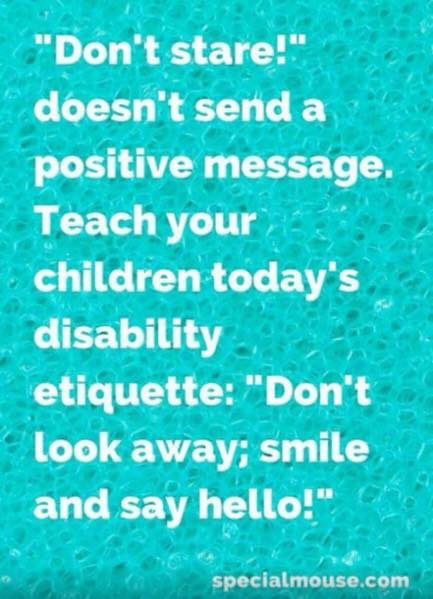 He wears braces on his ankles and he’s super aware of how he’s different and can’t do some of the stuff his peers can do. Staring is rude. But someone asking polite questions and saying hello is much better.”

“I would start [by getting involved] in the very early program that a child goes to school: preschool. Being part of a teacher’s curriculum on how people learn differently.

Whether they see or use different parts of their body to learn.. our child just sees differently, as she’s blind. Teachers being aware and providing knowledge to the young and their peers [is important].”

Pornography And Sexting: Teens Writes To Parents As They Share On The Things They Wish Their Parents Had Told Them Before They Entered The Online World

“I’m a mom with a disability parenting three kids with different disabilities. One thing [my son] and I do is give presentations to his class. I did that as a teen, too. He’s done them in kindergarten, first grade, and to a Boy Scout Troop who was doing a sensitivity badge.

He walked in on his brother’s troop trying out wheelchairs — which is a cub scout badge requirement. He was so offended that they were ‘trying on my disability’ that he walked into the room and told the den leader they should be talking to him instead of playing in wheelchairs.

She invited him to give a talk at the next meeting. We do it in conjunction with Marfan Awareness Month, actually.

I think one of the most important ways to raise awareness is by educating and empowering my child. By 3, he could tell me what all his medications were for. At 6, he was giving his first presentation.

READ ALSO: Family in Texas Faces Eviction as Their Special Needs Child Is Said To Be ‘Loud’

I let him call the shots on answering invasive questions, too. We were out last week and a kid, maybe 10, came up to me and wanted to know why Julian was in a wheelchair. I asked Julian if he wanted to answer, and he did. I would want other parents to know disability isn’t shameful.

It’s OK to ask questions, or for your kids to ask questions. At the same time, be OK with not getting an answer. People with disabilities exist to live their lives, not to educate. But most of us are willing to educate most of the time. I think timing is part of it, too.

Like, are you interrupting the person to ask your question? There’s a difference in asking someone you’re talking to, or who doesn’t seem busy, and asking someone who is clearly otherwise engaged, and think about how you’d feel if you were asked that question. I’m usually an, ‘ask me anything and I won’t be offended’ person.

I also think awareness needs to be sensitive to our kids. So you know, I share stuff during Autism Awareness Month, but I’m not sharing videos of my kid’s meltdowns online. He has a right to privacy. I have kids who are cognitively able to tell me what I can and can’t post, but if your kid can’t it doesn’t mean you need to share everything in the name of ‘awareness.’ Comes back to us not existing to educate.”

“They need to be exposed to kids with disabilities! Exposure is so important, in my opinion. This way they understand that people are all different and unique.”