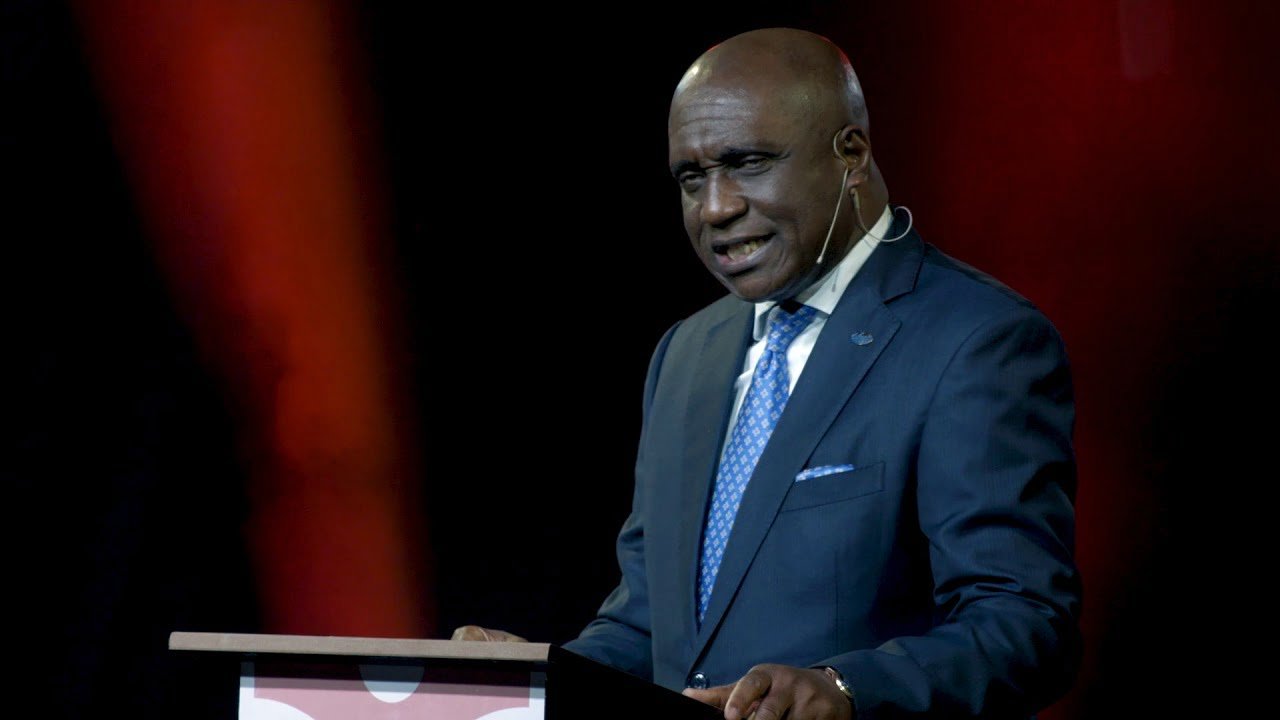 Pastor David Ibiyeomie of Salvation Ministry has shared his thoughts on why marriages are failing.

Speaking during a sermon at the church’s headquarters in Port Harcourt, the renowned clergy asserted that there is currently a high rate of divorce across the globe due to couples’ ideology before they enter into marriage.

According to the married pastor, some people go into marriage with divorce in mind as an alternative when things go wrong.

Pastor Ibiyeomie further said it is wrong to expect divorce in marriage, urging his church members to embrace marriage with the mindset to stay forever.

“They say that in every marriage there must be trouble and if you ask them why they say when we marry, we would expect.

“Do you know people expect to divorce before they marry? they will say “if it doesn’t work then I will walk away”. So, from the beginning of the marriage failure has started because the expectation was wrong.

“Look, I am going in, if it doesn’t work then I’ll step out”. I can tell you that you will divorce because from the beginning you have a faulty expectation. Why must you expect that you will pack out?

“When you have a strong expectation, you won’t be confused by anything, you’re sure that this thing must happen.”