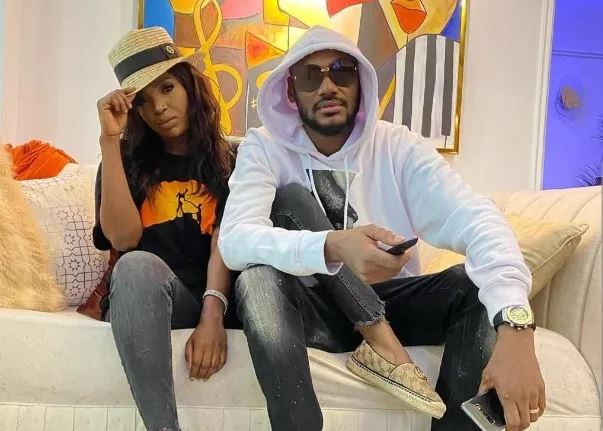 Afro pop singer, 2face Idibia has opened up on the crazy love his wife and actress, Annie Idibia has for him.

According to the musician, her love for him scares him. 2Face disclosed this during a conversation with South African media personality, Khanyi Mbau in the trending Netflix reality show, Young, famous and African.

According to the father of seven, he is aware that his wife is crazily in love with him, so much so that she can burn herself to keep him warm and it scares him.

During a lunch date with the couple, Khanyi who was bothered about how emotionally broken Annie is in her marriage, pulled 2face aside to discuss his relationship with the actress saying she was worried about Annie’s state of mind following all that has happened in their journey.

“I have grown to love your wife so much and she is crazy but as time went on, I got to understand her….do you know how much she loves you? She will burn herself to keep you warm.”

READ ALSO: ‘My First Child Is His 5th And I Met Him Before Other Baby Mamas’ -Annie Idibia Breaks Down In Tears As She Opens Up About Her Hubby, Tuface’s Many Mistakes

Affirming her statement, the well celebrated and loved singer who has got two baby mamas and 7 children, nodded and responded saying:

“Yes it is scary… I feel it, she shows it even more than I do…it is scary sometimes.”

And Khanyi cut in saying “like the pyscho, it is crazy.”

“She has always shown me how much she loves me, she shows it more than I do…..I recognize where i have done wrong, where I should step up my game, sometimes I still slack but I recognise it all.

The truth is, there are some things that I can’t fix, the ultimate level of happiness as an adult should depend on you and not on anyone else but on you.”

When asked how he is helping Annie heal after all the cheating scandal and baby mama drama she has had to emotionally deal with, 2face Idibia said:

“I try my best, I try to make her see life, then one or two may be small gifts just for upliftment of the spirit….and then some of the big things as well!”