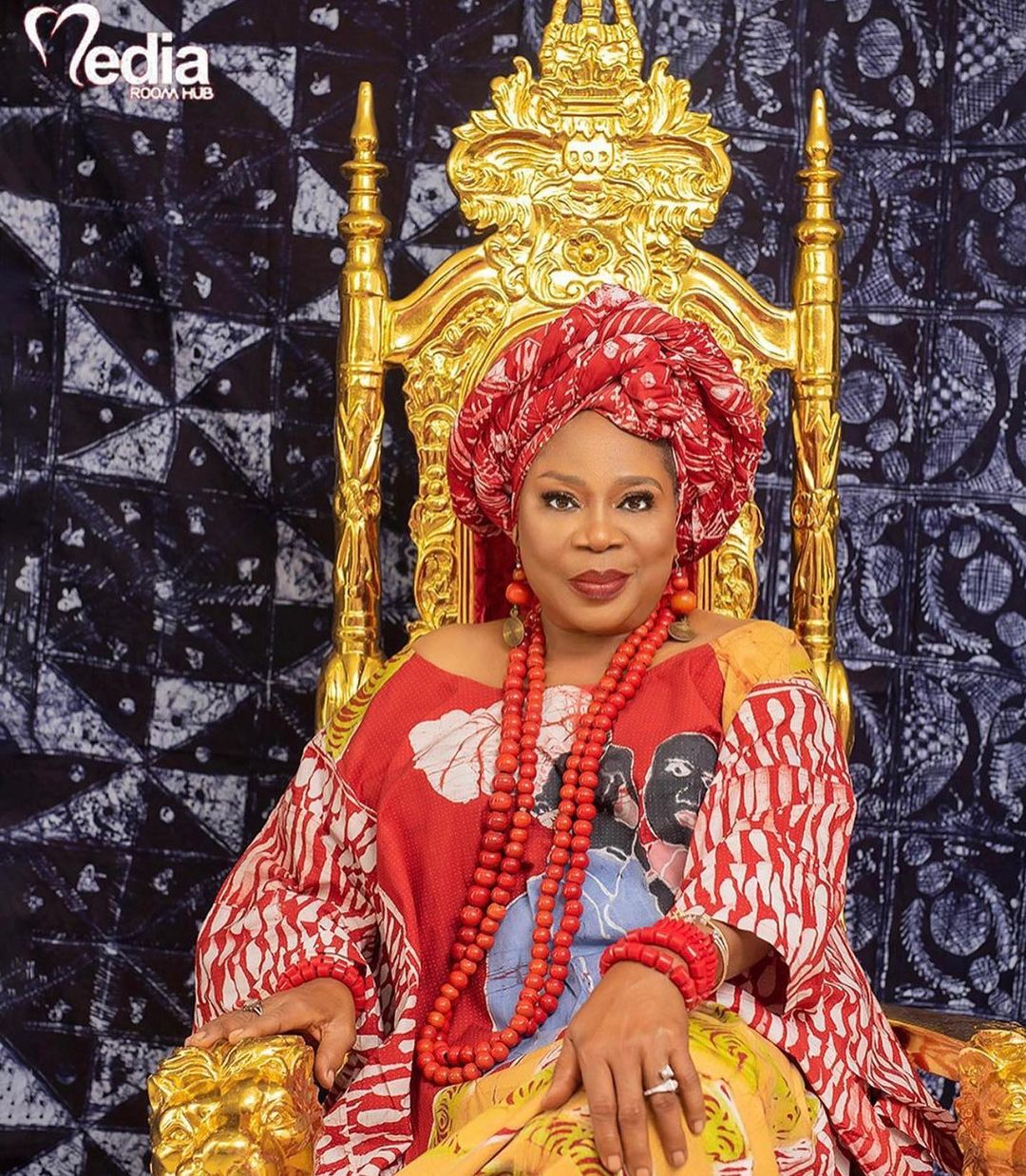 In this exclusive interview, the media icon, activist and mother of two gets candid about several topics from her life,  marriage, beauty routine to how she’s been staying young and then to how she feels knowing that she’s close to 70 years, among other things.

On her beauty routine, and she’s been staying young:

I don’t really have a routine, but then again, I think everybody does, it depends on whether you do it all the time. A little bit of exercise is good, I wish I can do more—I will try and do more. Let me tell you the secret, as the age is coming in, the harder I’m going to fight—so I will increase the exercise, first of all, for my good health and wellbeing.

It looks good, that terrific, but you feel better and I have through stages where I had a lot of weight but I always find a way to get out of it and then you get to a sweet point where there is no going back. I think for the past five years, it’s been about maintaining that weight that I really need to maintain.

Everybody has their own routine, I can’t prescribe mine for the next person because we have different bodies, temperament and not everyone has that much time. It also has to do with self-love—if you care for yourself, love yourself, you take the time to do these things to make sure that you feel good. 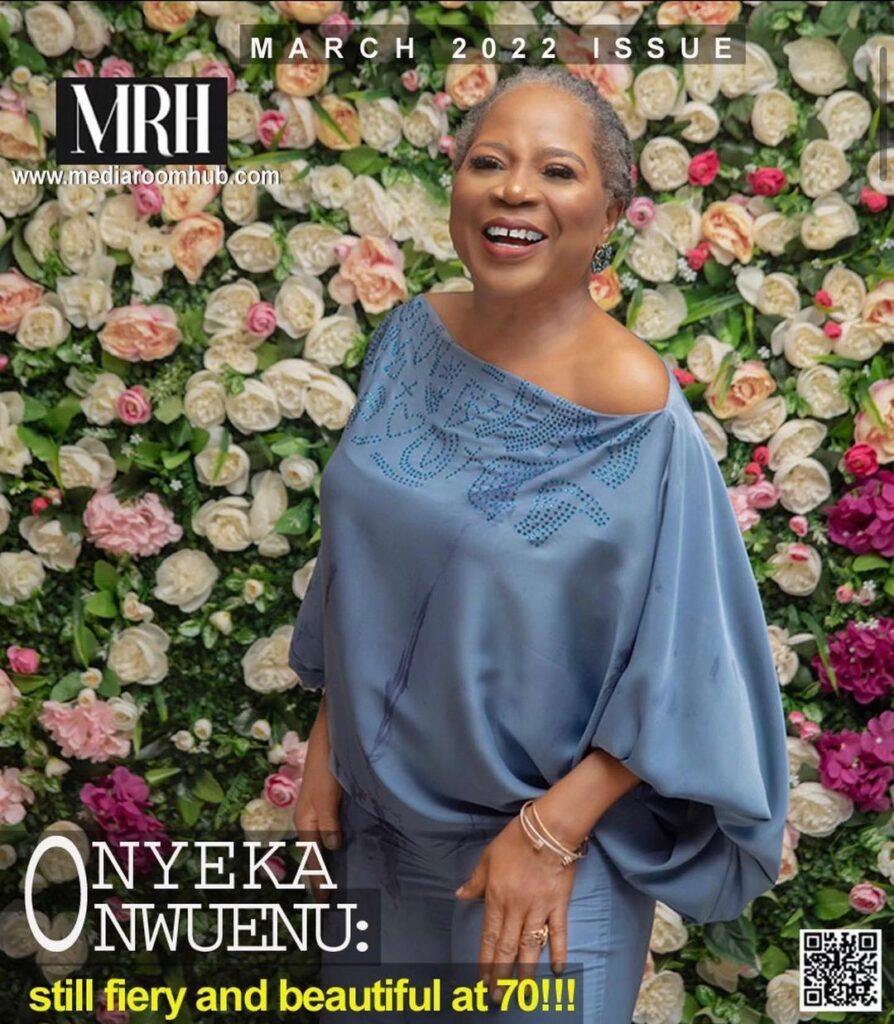 SEE ALSO: ‘I Raised My Children From KG To Masters Degree’ -Onyeka Onwenu Bares It All On Her Tough Married Life + A Message To Nigerian Fathers

On how she feels knowing that she’s close to 70 years:

I had started seeing 70 before I got to 70 because it’s such a landmark age and at every age, we ought to be grateful and give thanks, because if we don’t grow old you die young, and I don’t want to die young. I still have so much to do, so much to give and so much to enjoy.

I pray to God every day to give me long life. Let’s say you’re praying to God, and he gives it to you, and you are in turn frowning that you are getting older. When people insult me because I am old, I just say thank you and if old age is a course, let me bless you, ‘don’t get old’.

It’s always at this point that they realize what they are saying to themselves, so age is something that grows. A child that is born today, is going to get older—that’s all we do until we die, so it’s something to celebrate. Something to be happy about.

Just try and take good care of yourself, make sure you eat well, take vitamins, exercise and just keep going, giving, and most importantly learning. Never stop learning! There is always something to learn even from a younger person.

On how she was able to keep her marriage from the public glare:

It was something that had to be done, and it gave me peace all those years. We decided. I don’t bring my children out—first of all, they are not interested in celebrity lifestyle. When people flock around me, they just wonder what that is about. It’s because they have seen me finish.

They don’t use my name and they want you to get to know them for who they are, they are proud of who they are, and I am also proud of them. I like that about them. So, take it that life is a continuum and at every given time, you should give your best and whatever comes your way, you take it. For me, the marriage came—it was an incredible marriage.

I did a song with Sunny Ade, and suddenly all these rumours came up. There wasn’t a need to be announcing it. I wasn’t answering my husband’s name, I was already made as at the time I got married.

So, I didn’t need to publicize it. I didn’t need to talk about it, and it gave me the peace I needed at that time. It was a modest ceremony and I didn’t have to show it to the whole world. It was just a small gathering that was nicely done. That was it and it was sufficient for me. Also, when the marriage was over, I didn’t even talk about it. 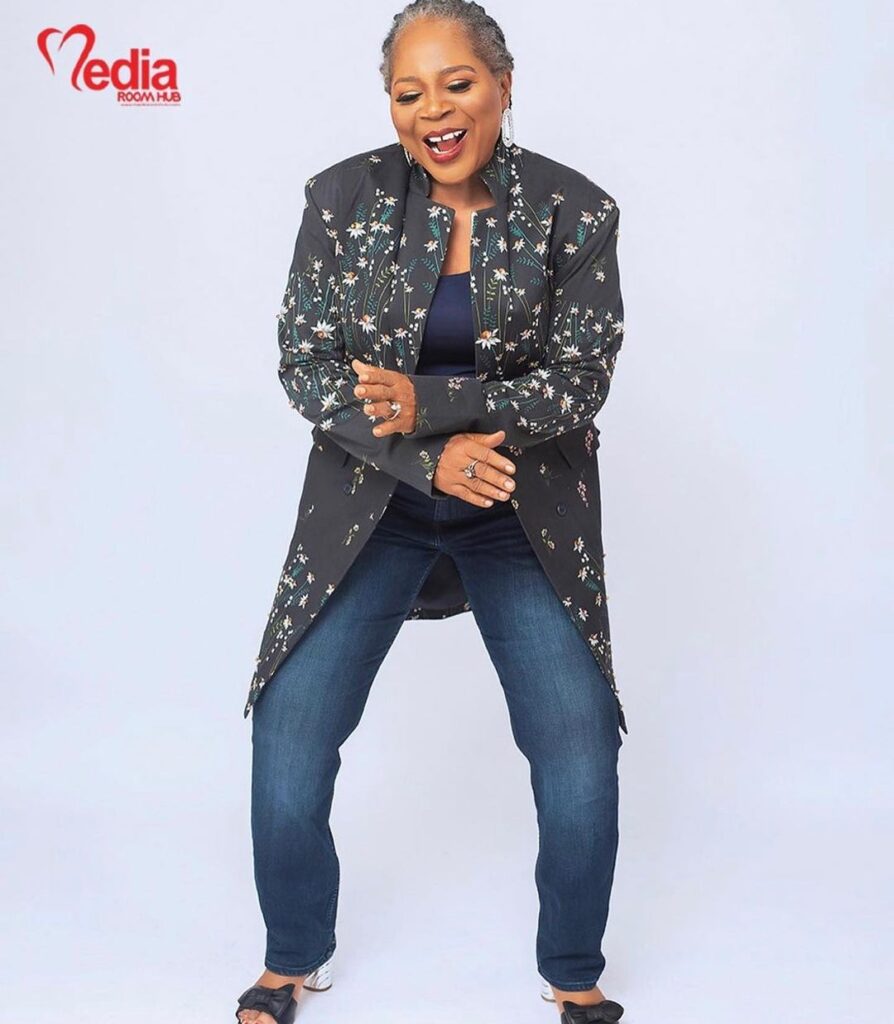 The reason I talk about it now is because I wrote it in my memoir ‘My Father’s Daughter’. I wrote about it because I found that there were many women who had gone through what I had gone through and that those women who could not speak out, needed to be acknowledged and helped—women who were suffering emotional abuse in marriages and that at a certain point, if you are strong enough, get out of that situation because it can finish you off. Men are afraid of women like me, they are attracted to women like me, strong women who are out there, making their own way and not relying on anyone.

I had a problem because I was a public figure—if I walk into a space, people immediately. It’s only natural! I was already that before my husband met me, and that was one of the things that attracted him. Why? Because he thought that when he comes to the house, there will be cars lined up waiting to see me, and when he came, he realized there was none.