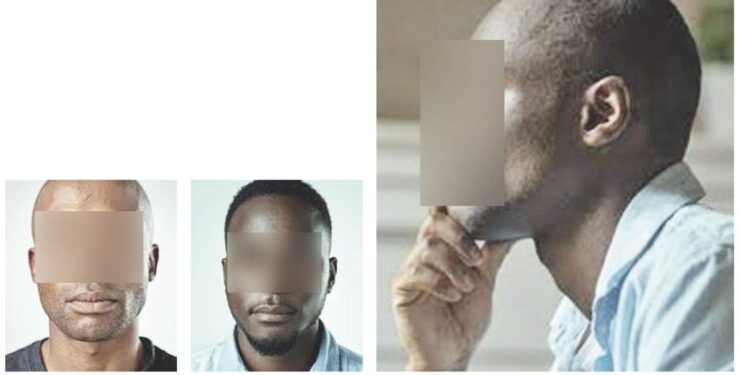 A number of Nigerian married men have taken to Twitter to share their experiences with the women in their lives.

It all began after a Twitter user, Foundational Nupe Lawyer said he wishes married men can share their experiences on how much influence, control or authority their wives have over them.

“I wish married men can share their experiences on how much of influence, control or authority their wives have over them without question, despite acknowledging that men are the head of the house. But twitter makes it seem like women are slaves with no control or rights. El oh el.”

His tweet prompted responses from married men and men who are dating.

See some responses below…

“My neighbor who is always shouting “I AM IN CHARGE IN MY HOUSE” is currently begging his wife to come back home. I’m guessing he has lost the remote control. Baba will follow his wife to her office parties uninvited, my wife has permitted us to beg the wife, we are doing that.”

“This is not funny oo… mine is I can’t stay outside beyond 10pm except Real Madrid is playing and there is no light either Nepa or gen..that’s when I can stay till say to 11 depending on when the match ends. Na GF ooo, omo women get power gan make we no wyn ourselves.”

“We were changing apartments and I found what I fought was the perfect place. I had agreed on fees and I took her to check the flat. She took 5 steps in, looked around, said “No” and walked out. Na the end of the deal be that. Agent wan die but me, I sabi my boss.”

READ ALSO: Poet, Chuka Phillip-jonson Writes Candidly On His Conviction That Nigerian Men Have Nothing To Offer Independent Women | True or Nah?

“I have said it again and again that feminist should calm down because when you really look closely, women have power. More power than they can imagine.

The world is naturally more tolerant of a woman than a man. Eg, Ukraine’s war where Ukraine said men must stay back and fight. I see my parents and I see how much power my mum has. Sometimes I will purposely bye-pass my mum to ask my dad if I can do sth.

My dad will still say go and ask you mum. My father has a company where he employs about 30 people. My mum doesn’t talk much when she comes to the office but it is her that tells my dad what to do when they are at home.

My dad will come to the office to just implement what my mum said he should do. My dad practically listens to my mum. Yet, you will see my mum outside with her small body and you will think she no get power. My mum has power, but it is not gra gra power and it is not feminism power. Very feminine but yet powerful.”

“Having regard for your wife is not a bad thing. All I see here is that they have regard for their wives. Respecting your wife’s opinion is very good in a family if you have a reasonable wife. Chikina.”

“Ask people who have 25/30 years good marriage that’s the secret, not treating your wife like and inferior. Respect your wife. Nigerian men would come out and start running mouth about women but they know the truth.” 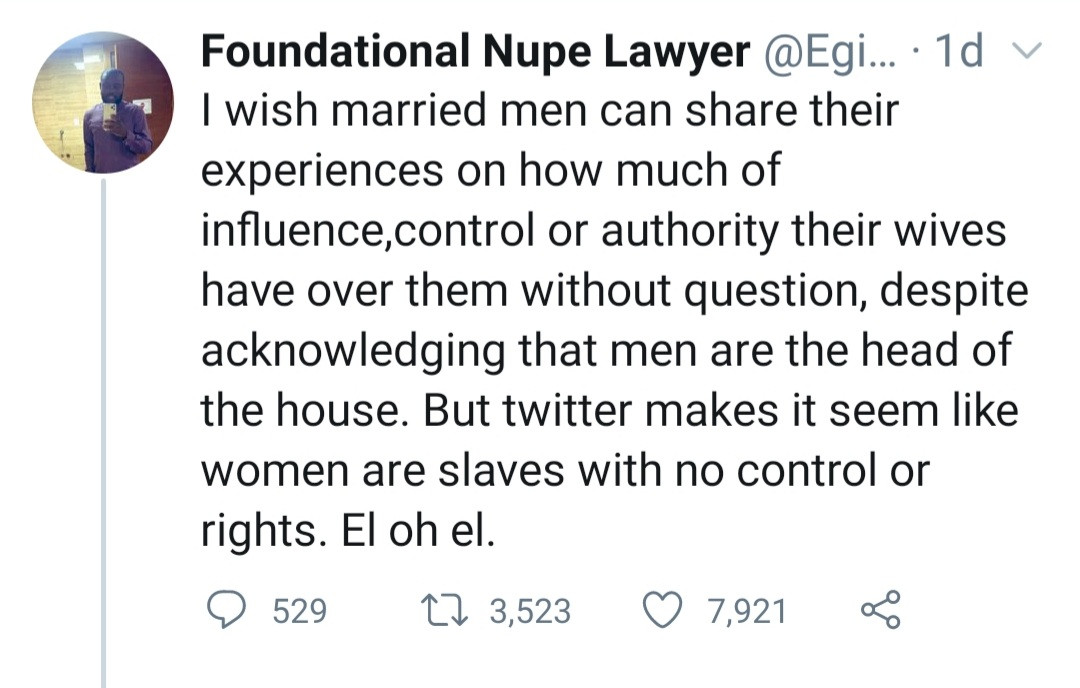 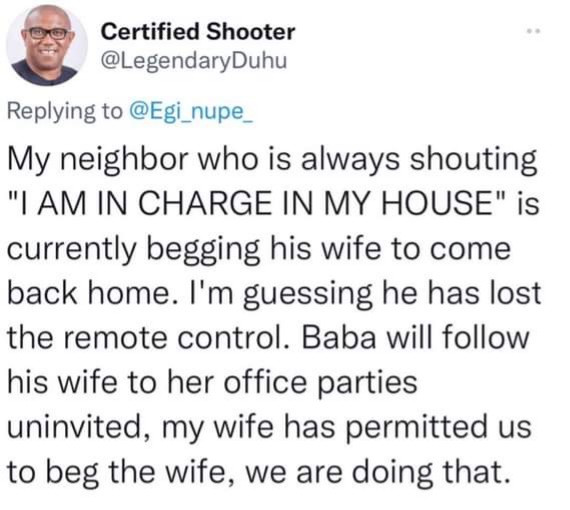 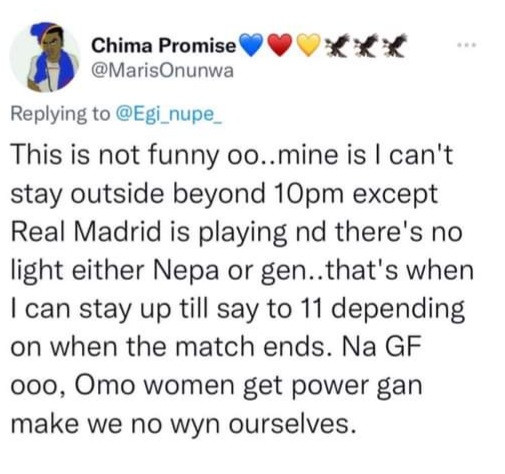 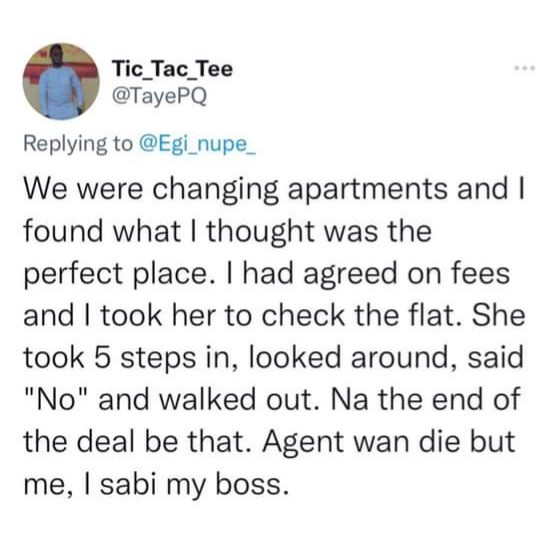 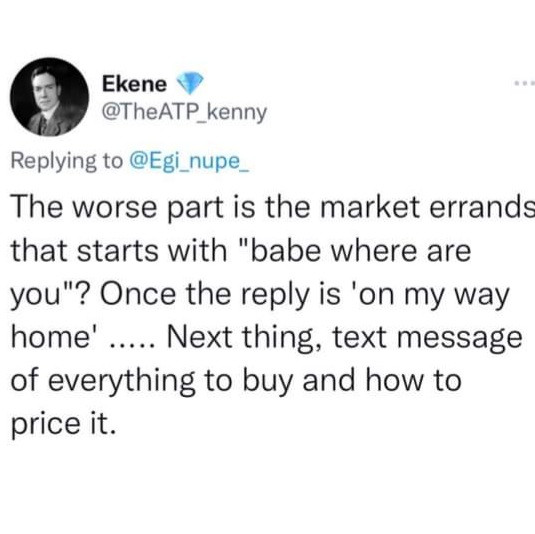