A Nigerian man has shared the sad story of how his mum who was a devout Christian stayed in an abusive marriage until her husband (his father), who was an elder in church beat her to death.

According to the writer with the Twitter handle Abel@abelpter, their pastor kept telling her to endure that it’s part of marriage.

Abel says his father often beats his mother and when she informed the church, they asked her to stay. Both the pastor and his wife encouraged his mom to stay while giving her bible verses to read.

The beating occurred again and her mother ran to the pastor again, who then told her to fast for 21 days this time around. Sadly, on the 19th day, his father beat his mother again and this time, to DEATH.

The death of popular gospel singer and mom-of-4, Osinachi Nwachukwu made Abel share his own mom’s true story.

Read his story below:

“My father was appointed an elder in the church by the church council members, the very day I reported to the pastor that my mom was hospitalized because he beat her so severely.

My mother was shocked when she heard the news from her hospital bed. When the pastor’s wife came visiting, my mother asked her “why” and she said, “my husband said they gave him the position, so they can monitor him closely.”

Some weeks later, it happened again. My father came back home and started beating my mother for not paying our school fees, she ran to the pastor’s house for help, the pastor said…”Trust God, this is part of marriage…it is meant to strengthen your love for your husband…”

Read on, the end will even shock you. 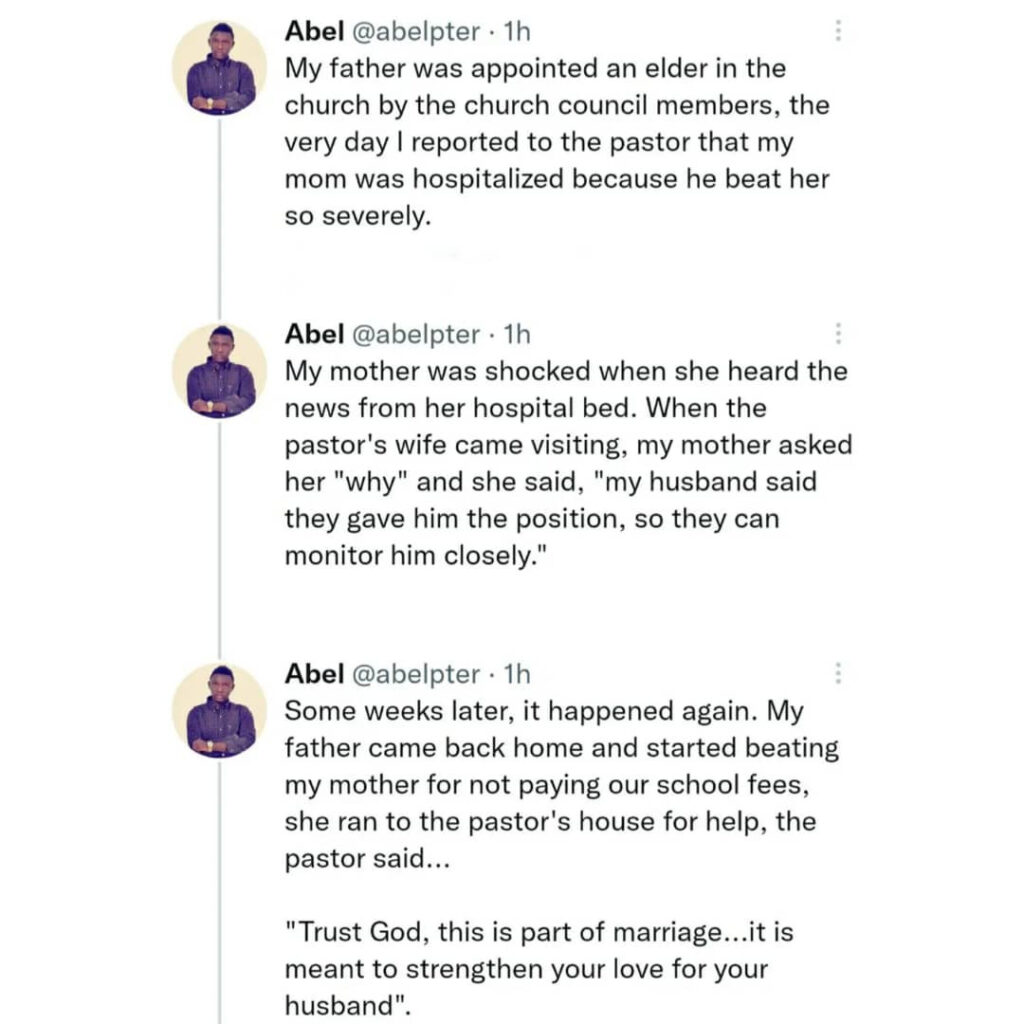