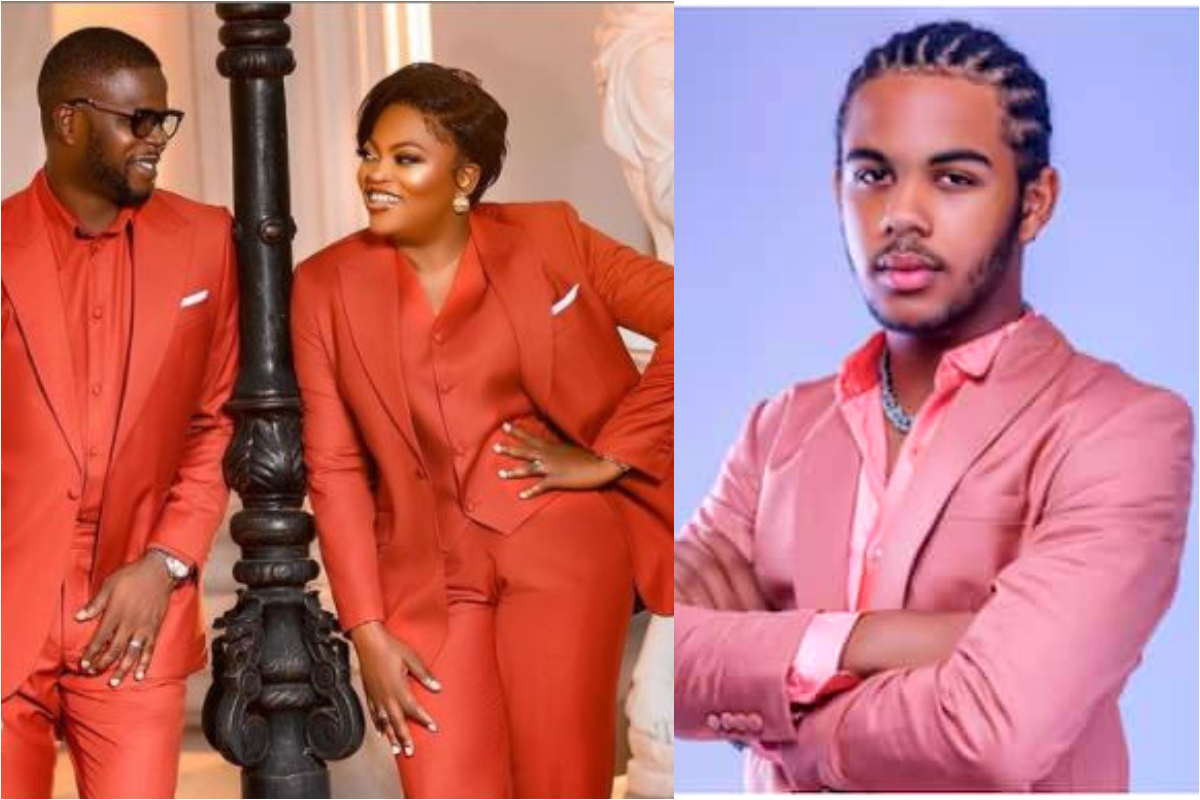 One of the step-sons of Nollywood actress and producer, Funke Akindele-Bello has come out to lambast his father’s wife amidst rumored marital issues.

Lately, there have been rumors that Funke and her husband, Abdulrasheed Bello professionally known as JJC Skillz have been having issues for some time now. Although the couple has not come out to respond to anything, a few bloggers have shared the situation in the Lekki home of the celebrity couple.

Blogger Tosin Silverdam in a viral post shared online pointed out how the actress ignored her husband on his birthday as she refused to make a post to acknowledge him like they used to do.

Another blogger, Cutie Juls also spoke about how the the couple have been involved in a series of arguments at home attracting neighbors to intervene.

She alleged that JJC Skillz spent an amount of money from the family company without the permission of his wife. However, sources close to the couple revealed that Funke lost her cool and fought her husband, ordering him to leave her house.

JJC, according to the source, left their home and rented an apartment somewhere in Lagos and is currently in London to cool down and give his wife some space to calm down.

The source added that Funke has been controlling the marriage for a long time, and JJC has tolerated her over the years.

“According to sources in Nigeria and majority in London, Funke and JJC Skillz’ marriage is going tbrough some hard times to the extend that Funke reacting in anger verbally told JJC Skillz “Leave my house”

Sources present when the heated argument happened in their Amen Estate home quoted Funke saying “O ko owo mi je” when they tried calming her down.

Our source told us Funke Akindele has boldly accused Abdul Bello of squandering money which she did not agree to as the largest owner of company.

We are not sure if this has anything to do with the apartment Abdul allegedly rented somewhere in Lagos.

SEE ALSO: ‘You’ll Rush Out Like I Once Did’ -Funke Akindele Is Sharing Her Past Struggles & Failed Marriage To Instruct Single Ladies On Not Being Pressured Into Marriage

Skillz since left Lagos for London maybe to cool down and also give his darling wife some space to calm dowm also.

Hmmm.. at this moment, all is not perfectly well between Baba Ibeji and Iya Ibeji.”

In another post, the blogger said that JJC Skillz, before joining Funke in Nigeria had an initial understanding that the SceneOne production would be a family business having the duo as certified owners.

However, Funke has never stopped acting and making it clear that she’s the owner of SceneOne production and only allowed her husband to have a decent amount of money.

The source also revealed that aside from the SceneOne company, the couple also agreed to take up private jobs, but Funke always came up with excuses why JJC should not take private jobs.

The blogger further alleged that Funke rudely scolds JJC even when third parties are in their home.

Reacting to their marital crisis, one of JJC Skillz’s sons, Benito allegedly spoke out on and has dropped more bombshell about the actress.

Cutie Juls dug up a comment he made on their marriage issues on a blog. He revealed that living with the actress for 2 years was horror.

He added that his step mother isn’t who she paints herself to be in the public eyes. He post:

“I lived her for 2 years, the house was a horror site. She’s not what you all think she is.”