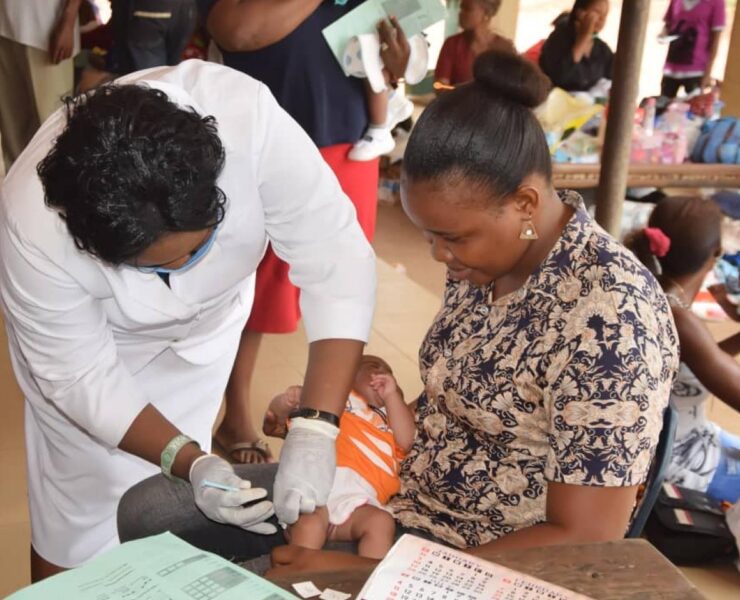 The physician noted that some mothers are exposing their children to the risk of blindness following their failure to keep immunisation appointments.

According to the doctor, a child should be immunised against measles at nine months, stressing that unimmunised babies against the health condition are at risk of blindness due to measles.

Speaking in an exclusive interview with PUNCH HealthWise, Anyaike lamented that most mothers do not keep immunisation appointments for their babies.

The American Academy of Ophthalmology says measles infections can harm the front or back of the eye, possibly causing vision loss or blindness.

The academy stated that though measles is just re-emerging as a threat in developed countries, the disease has long been a leading cause of childhood blindness worldwide.

It noted that poor access to measles vaccination and malnutrition often correlate with higher rates of blindness in the most affected countries.

Nigeria, according to experts, has experienced repeated outbreaks of measles in recent years due to low routine immunisation coverage.

The country introduced measles vaccination into the routine immunisation programme in 1978 for children aged nine months.

Speaking further on the dangers of measles to children, Anyaike said the viral infection could affect the retina, and cornea and also causes conjunctivitis that is redness, and watery eyes.

“Measles is a viral infection caused by the measles virus. Measles is, however, vaccine-preventable. If you look at children that have measles, you see their eyes swollen, discharging pus. And most of the time, the eyelids turn the other way round.

Measles affects the eyes in many ways. It affects the retina and cornea. That is why we are stressing that mothers should take their babies for vaccination. Measles vaccination is given to babies when they clock nine months.

‘At This Point…’ -Korra Obidi Fumes As Ex-Husband, Justin Calls Police On Her | Watch

But most of the mothers do not keep appointments. Poor nutrition also exposes children to the risk of measles.

Poor health-seeking behaviour is another problem. Some of the people that you see now that are blind, got that blindness when they were young because their parents did not take them for immunisation and also because the health condition was not properly managed.”

According to the World Health Organisation, measles is caused by a virus in the paramyxovirus family and it is normally passed through direct contact and the air. The virus, WHO said, infects the respiratory tract, then spreads throughout the body.

The global health body urged mothers to take children for vaccination against measles, stressing that living with blindness comes with a lot of social, mental, and economic challenges.

Data from the 2018 Demographic and Health Survey indicated that only 54 per cent of children 12–23 months had received the measles vaccine; far below the herd protection threshold.

According to the United Nations Children’s Fund, Nigeria still contributes 30 per cent of the global number of unimmunised children between the ages of zero and five.