Politician, Femi Fani Kayode popularly known as FFK couldn’t hold back his joy as his estranged wife, Precious Chikwendu visited his home for the first time in two years.

Since their marriage crashed, the estranged couple have been enmeshed in a nasty legal battle for the custody of their four boys who have been with FFK, since 2020.

For months, Precious had been accusing FFK of keeping her from her kids and they have been in court battling over custody of their children.

However, from the look at things, the parents of four are back on track and are on good terms with their latest outing.

Precious finally got a chance to visit her sons at FFK’s house and the former Aviation Minister took to his Instagram page where he penned a lengthy post rejoicing over her grand return to his house.

According to him, it’s been two years since she last visited the house. FFK revealed that he and Precious haven’t seen or talk for two years.

Expressing his joy, he showered love on her and eulogised her. In the caption, he also praised his ex-wives, and his kids from previous relationships.

For FFK, this moment would forever remain in his heart. 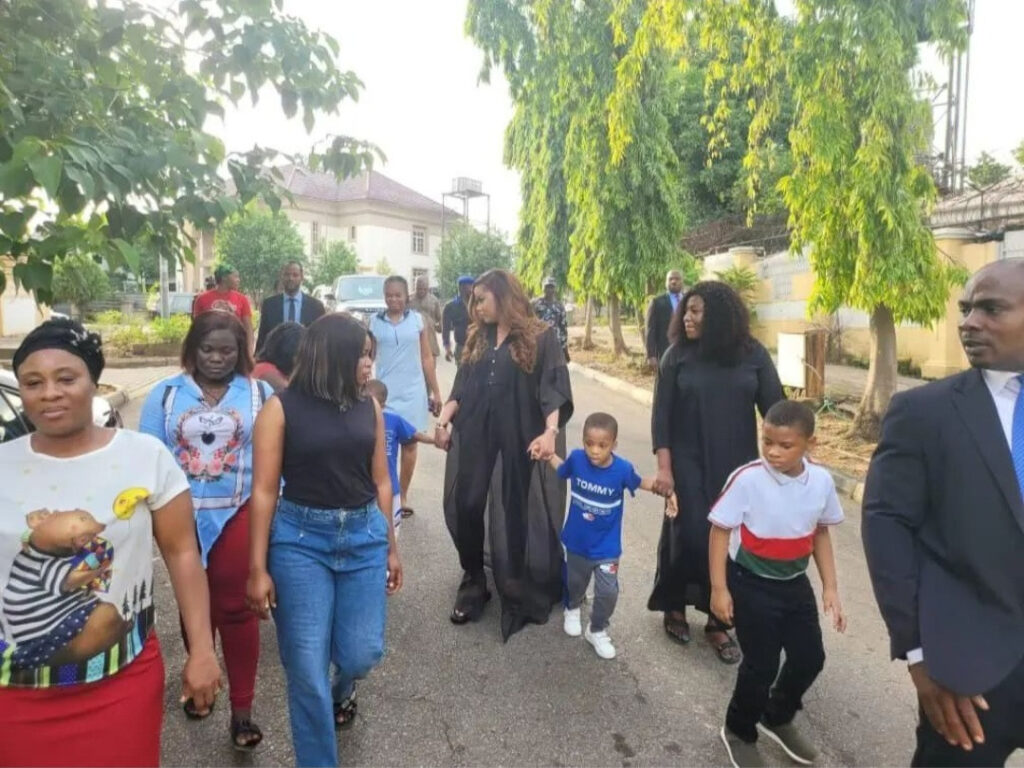 READ ALSO: FFK’s Estranged Wife, Precious Chikwendu Speaks As She Finally Reconnects With Her 4 Sons After Two Years Of Not Seeing Them

“This was a truly surreal and historical moment. For the first time in two years, totally unexpectedly and out of the blue, and after she took our sons Aragorn, Ragnar, Aiden and Liam out for yet another beautiful outing, Mama Aragorn came to the house to visit with us.

For two years she and I had not seen or spoken to one another but on Saturday afternoon we spent no less than fours hours together in which we talked, laughed and shared some beautiful moments.

It was touching to see members of my household and staff receive her and, this was led by our first son Aragorn who held her tightly by the hand, usher her through the gates and into the compound as I watched in utter disbelief and surprise from the balcony.

Moments earlier, I had seen them walking down from the top of the road through the CCTV camera and from the same balcony. It was a small crowd, led by Aragorn and mother whilst a convoy of cars followed them from behind. It was the dramatic return of a great and beautiful queen who was simply resplendent and who shone as brightly as the morning star.

After two years of contentious silence and acrimonious separation she graced us with her presence and came home. It was joy all around to see the return of this great lioness. Every single one of the 60 people that live and work in our home was happy to see her and some even shed a few secret tears of joy.

Mama Aragorn displayed such courage, grace, dignity & class. This was a moment that I shall cherish for many years. This was a triumph of lovers of peace and sons and daughters of righteousness.

This was the day that the power of God was made manifest, that joy came to Zuma close and that the Lion of Aso Drive roared in glory, victory, power and strength.

SEE ALSO: ‘Do You Have A Soul’ -FFK’s Estranged Wife, Precious Cries Out As She Continues To Demand Access To Her 4 Kids 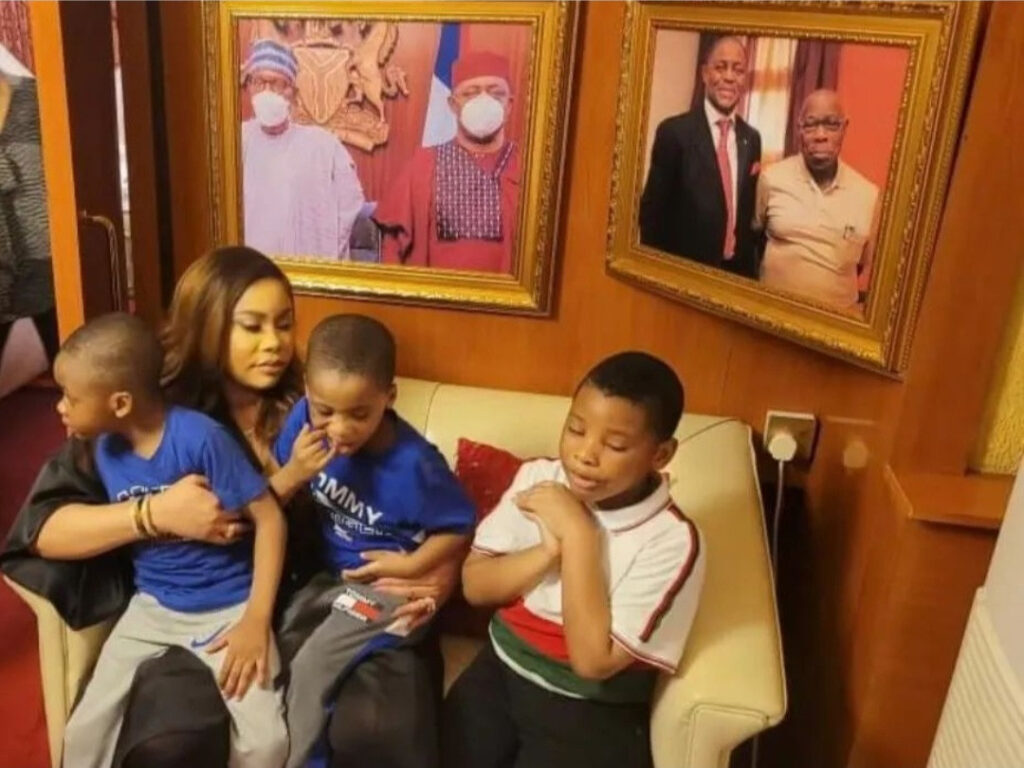 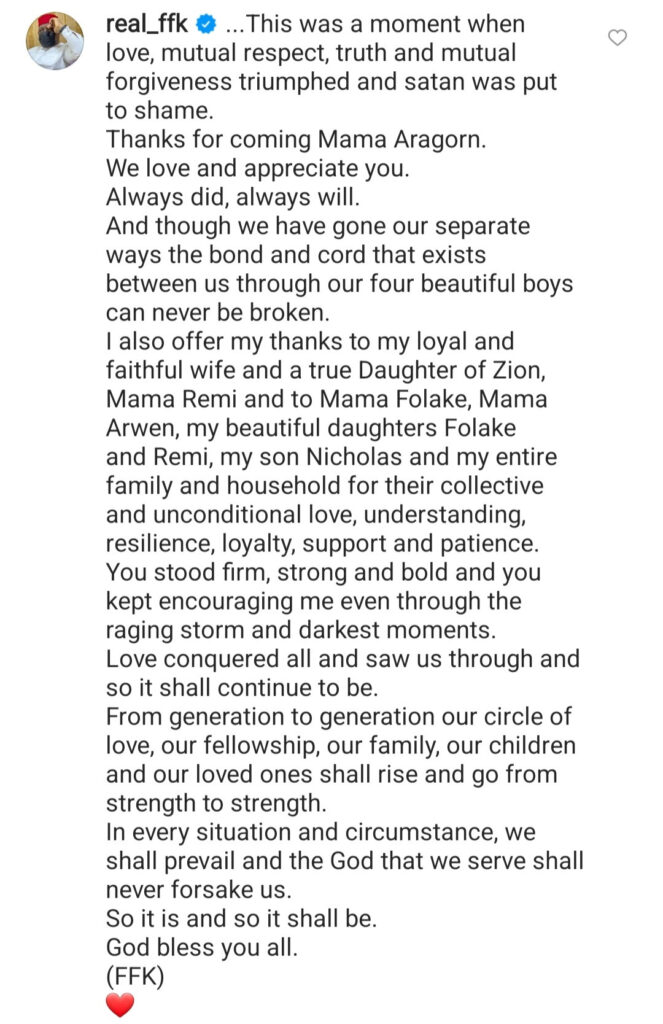 Precious had penned an appreciation post to her ex, Femi Fani Kayode. She appreciated him for giving her the opportunity to reunite with her kids.