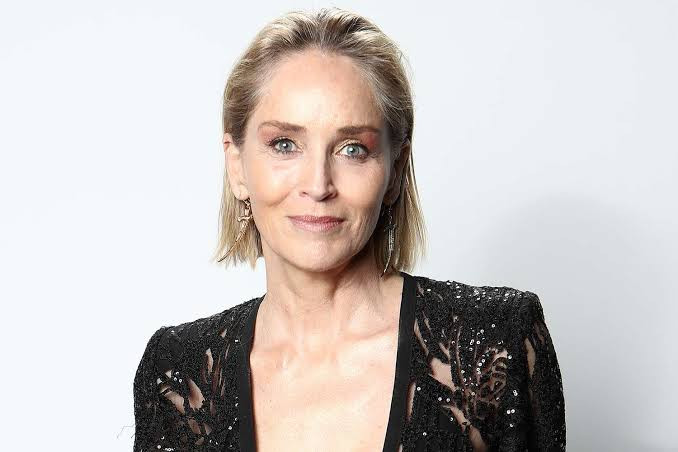 Earlier this week, the 64-year-old Golden Globe-winning actress discussed her loss while commenting on a PEOPLE Instagram post featuring an exclusive interview with Peta Murgatroyd, who recently opened up about losing a pregnancy while her husband, Maks Chmerkovskiy, was in Ukraine.

The revelation came after Murgatroyd, 35, spoke about how she found out she lost her pregnancy while husband Maks, 42, was away in Ukraine.

Opening up about her own experience with pregnancy loss, Sharon who is the mother of three sons through adoption said;

“We, as females don’t have a forum to discuss the profundity of this loss. I lost nine children by miscarriage.

“It is no small thing, physically nor emotionally yet we are made to feel it is something to bear alone and secretly with some kind of sense of failure.”

“Instead of receiving the much needed compassion and empathy and healing which we so need. Female health and wellness left to the care of the male ideology has become lax at best, ignorant in fact, and violently oppressive in effort.”

SEE ALSO: What Martha And Doshima Want Fellow Women To Learn From How They Healed From The Scars Of Heartbreaking Miscarriages & Stillbirths

Her post came just before the Supreme Court confirmed its reversal of its 1973 Roe v. Wade decision, the landmark case that, until Friday, established the right to abortion in the United States for over 50 years.

The announcement sparked outrage from many in Hollywood and beyond, renewing public discussions surrounding women’s access to healthcare and bodily autonomy.

In her exclusive conversation with PEOPLE, Murgatroyd spoke about her recent pregnancy loss for the first time.

She recalled lying in a hospital bed hours after her 5-year-old son Shai watched her being put into an ambulance. She called for help after finding herself on her little boy’s bedroom floor, completely unable to move after testing positive for coronavirus days prior.

“I had no strength. I couldn’t open a dishwasher. I couldn’t open the fridge to feed Shai, to get him some toast,” the pro dancer said. “It got so bad that my breath was starting to be affected. It was really dramatic.”

In the hospital, Murgatroyd called her husband, who was thousands of miles away in Ukraine, and placed him on speaker phone as the doctor entered her room.

“I thought he was going to reveal some really bad news. I was like, ‘What’s wrong?’ His face dropped,” she recalled of that night in October 2021.

On the other end of the phone, Chmerkovskiy began to celebrate.

“He heard the doctor say, ‘You’re pregnant,’ ” she remembered. But through his excitement, he misheard the news: Murgatroyd had already lost the baby.

ALSO SEE: Mom, Allison Kimmey Offers A Glimpse Into What It’s Really Like To Lose A Pregnancy After Experiencing Two Heartbreaking Miscarriages

Murgatroyd “ultimately had no idea” she was expecting, a notion she said helped her through her healing process.

“I didn’t have that super joyous moment of, ‘I’m pregnant again!’ ” she said, adding that she had started bleeding two days earlier but attributed it to her period. “I just had the moment of, ‘You lost it.’ ”

Since speaking with PEOPLE about the loss, Murgatroyd has been open about trying to have a second baby via in vitro fertilization, sharing an Instagram video of her first round of injections on Wednesday.

“My first night of IVF treatment 🙏🏻,” Murgatroyd wrote in the caption. “Taking you guys on this journey with me for baby no: 2 is actually kinda special and incredible. I love sharing stuff with you all, and well….this is me being as transparent as possible.”

Added the New Zealand native: “Let’s normalize the conversations surrounding miscarriages and IVF and create an environment that is more comfortable for all women ❤️ Thank you @drmarksurrey @scrcivf for making this possible for my family XO.”