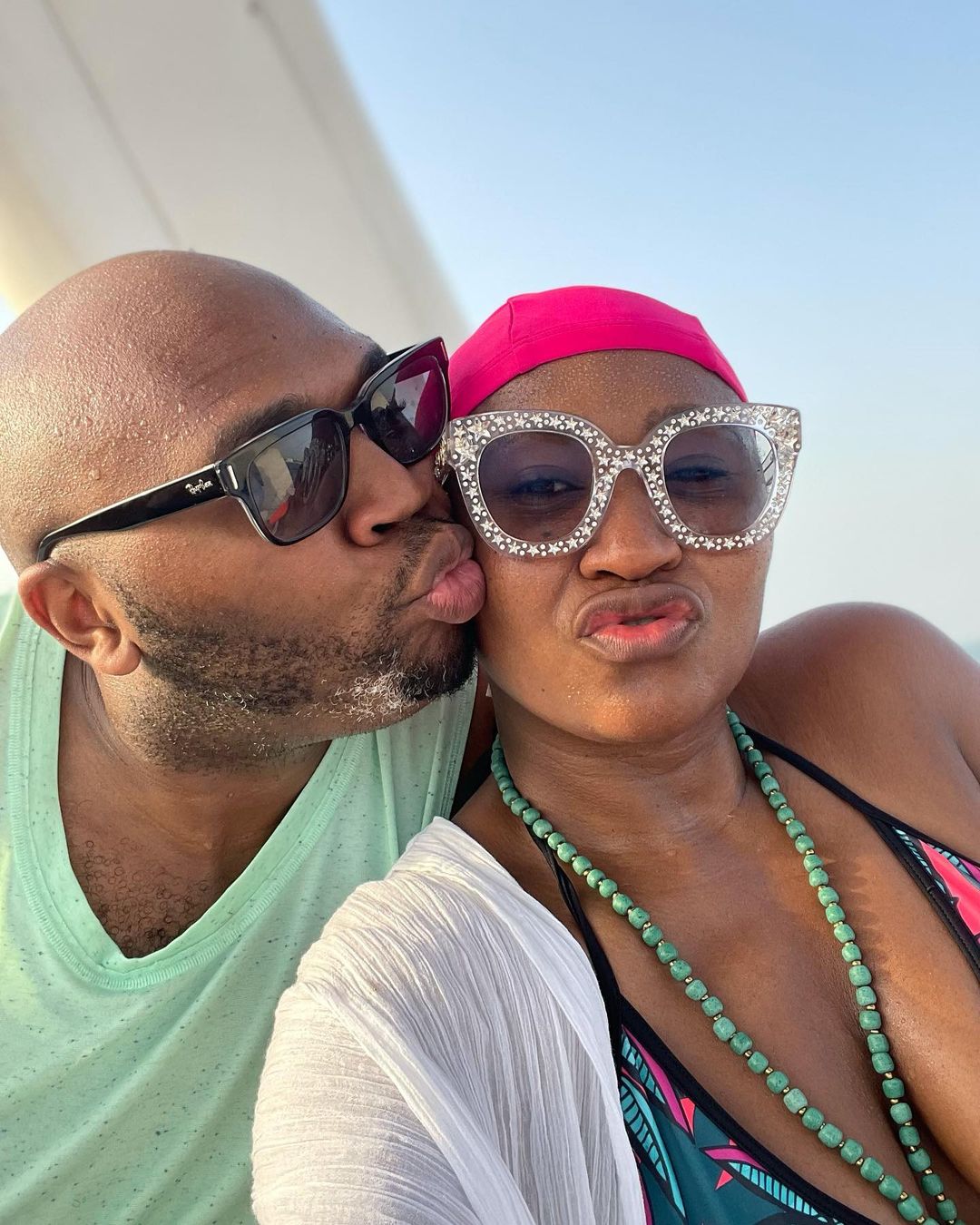 Popular Nigerian actress and film producer, Mary Njoku, has spoken out on the reality of marriage.

During an Instagram live on her account, the ROK TV boss who is currently celebrating her 10th wedding anniversary had a lot to say about her marriage, stating that ‘no be beans’.

According to the mother-of-three, a union between partners must have ups and down before it could be called a marriage. She added that being married comes with responsibilities and headaches because it is never going to be rosy all the time.

She however added that the couple just have to remind themselves daily that they are in love and are in the marriage together.

Speaking about her marriage, Mrs Njoku explained that hers has not been perfect as there have been lots of instabilities. She also said that the only reason why her marriage is still strong is because of the love she and her husband share.

Furthermore, she also revealed how some people had thought her marriage had been shaky due to some of her cryptic posts on social media.

The media entrepreneur revealed that her marriage has been shaky from the day one they entered into it and it would continue to be so for the next 50 years or more as any marriage that is not shaky is not real.

SEE ALSO: Mary Njoku Offers Advice To Married Couples As She Spills On How She’s Been Making Her Marriage Work

“10 years in marriage no be beans and if i tell you it’s been Rosy, I’d be lying.

I got a message from my friend saying I need to start making noise, that people need to know about my marriage and I am like when I think of the journey I realize it’s not been easy. I’m too tired to make noise.

I have also realized that most of the people who “make noise” in their marriage, those who always come on social media to say “I love him, the love is too sweet” etc.

Super Dad, Kizz Daniel Recounts Experience Of Losing One Of His Triplets

I don’t know how you guys do it but this my own that seems perfect isn’t, we just love each other and we have to remind ourselves that we are together in the marriage.

Sometimes I come online to post some things and people will say “e be like say her marriage dey shake”.

Marriage dey always shake from Day 1, any marriage that is not shaky, no be marriage be that.”

ALSO SEE: Mary Remmy Njoku’s Thoughtful Note To Men Is A Must Read

The movie actress is married to British Nigerian businessman, Jason Chukwuma Njoku, who is the co-founder and CEO of iROKO TV, a marriage since 2012, which has been blessed with 3 kids.