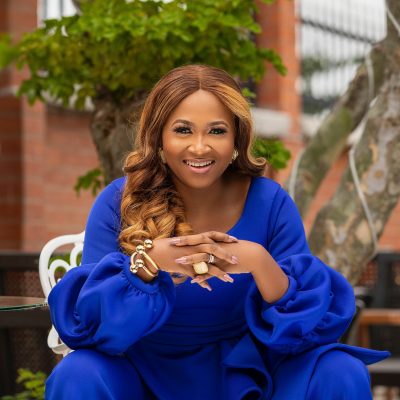 Nollywood actress and movie producer, Mary Remmy -Njoku has written an insightful note to married Nigerian men who look down on their full-time housewives.

In an Instagram post she shared, the mother of three stated that women who give up their childhood dreams to build a home so their man can focus on their own dreams, deserve accolades.

According to the Iroko TV boss, women who end up being housewives sacrificed everything for that. She described it as the most difficult thing to do because “it is easier to go out and make money than to be a full-time housewife”.

”Dear husbands, Being a mum is just one of the dreams a girl has. And if she ends up a housewife, she has sacrificed EVERYTHING for you.

And it is the most difficult job. It’s easier to go out and make money than to be a full-time housewife. Trust me, I have done both.

Respect your housewife. E no easy to give up everything.

‘Saying ‘Let Me Ask My Wife’ Before Making Decisions… -Reno Omokri Writes To Fellow Married Men And It Is Spot-On!

READ ALSO: Evangelist Olusola Adio on Why a Full-Time Housewife Is the Most Resourceful & Underrated Professional

”If your wife has given up her childhood dreams to sit at home and build you a home, so you can focus and chase your dreams, hmmm my brother, she deserves constant accolades. E no easy,” 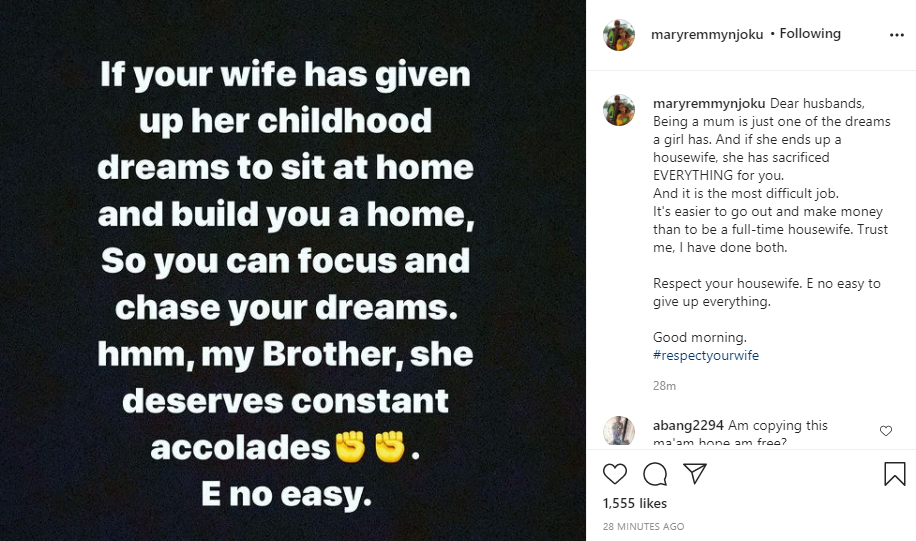