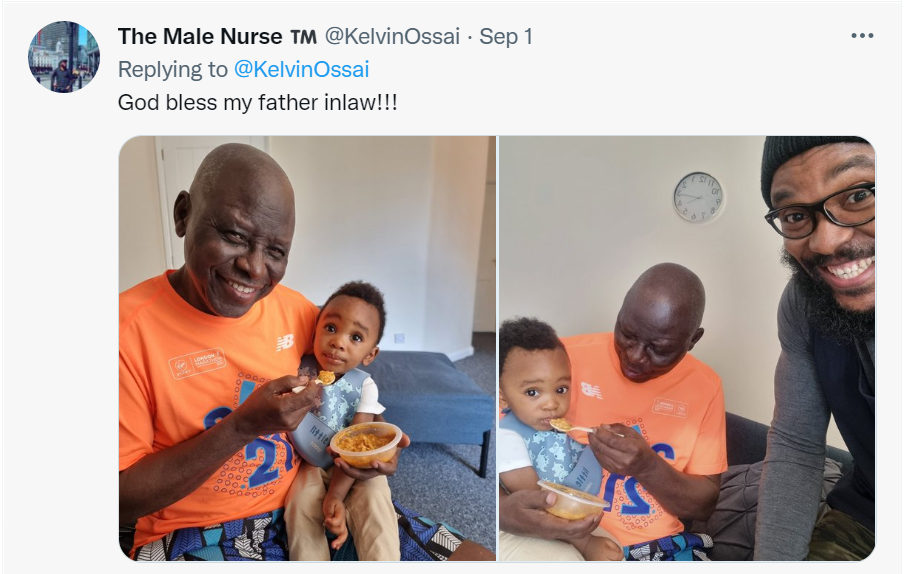 A Nigerian man and new dad has taken to Twitter to praise his father-in-law for ‘teaching him a whole lot about being a father’.

@KelvinOssai who share a toddler with his wife revealed that since his father-in-law came visiting him and his wife in the UK, he has been helping them bathe their baby, feed him and occasionally helps with the dishes.

Kelvin added that his father in-law’s presence makes him feel like his mother-in-law is around.

Amazed at his father in-law’s kind act, the proud son-in-law took to social media to share a picture of the grandpa feeding his grandson and wrote;

READ ALSO: Why Taking Care Of A New Mum Should Not Be Done By The Mother-In-Law -Nigerian Man, @kingfoye Shares Insight

“My father in-law is teaching me a whole lot about being a father. This man came visiting, and has been helping us bath our baby, feed him and occasionally helps with the dishes.

His presence alone, feels like its my mother in-law who is around. Indeed, some men are real men!!!

PS; He changes Zayne’s diaper, feeds him, pet him to sleep, take him for walks etc. I dunno how many men his age, will do that (maybe there are), but this man is heaven sent.

I felt bad the day I woke up late & discovered that he had washed the dishes. I spoke to my wife abt it & how uncomfortable I was abt it, and she said “that’s my father ooh, that’s how he is”. Well, I started waking up earlier to beat him to it. Abeg oh 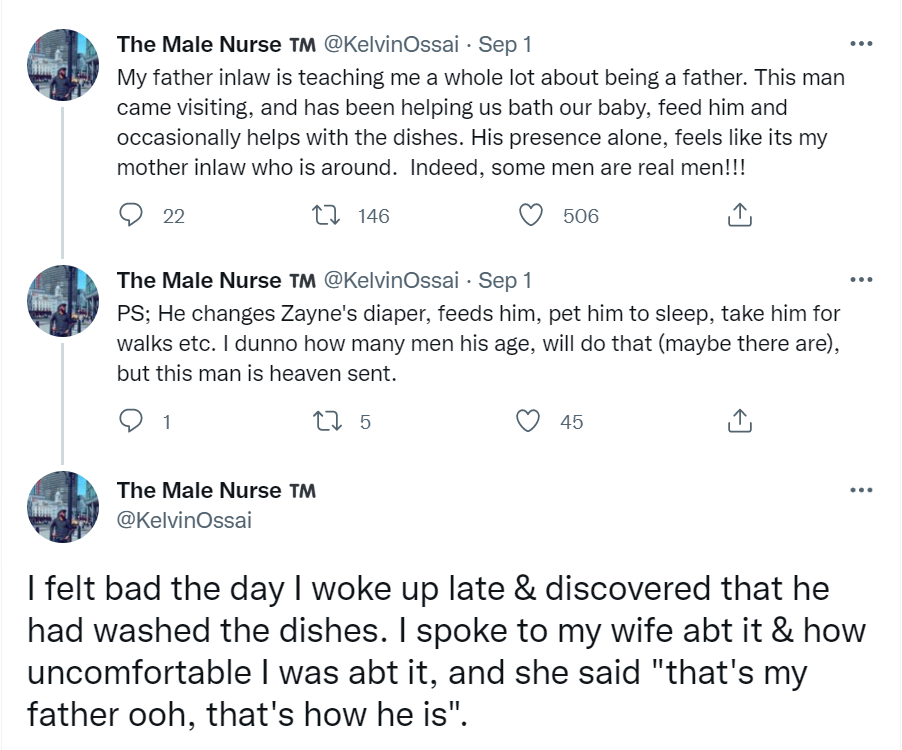