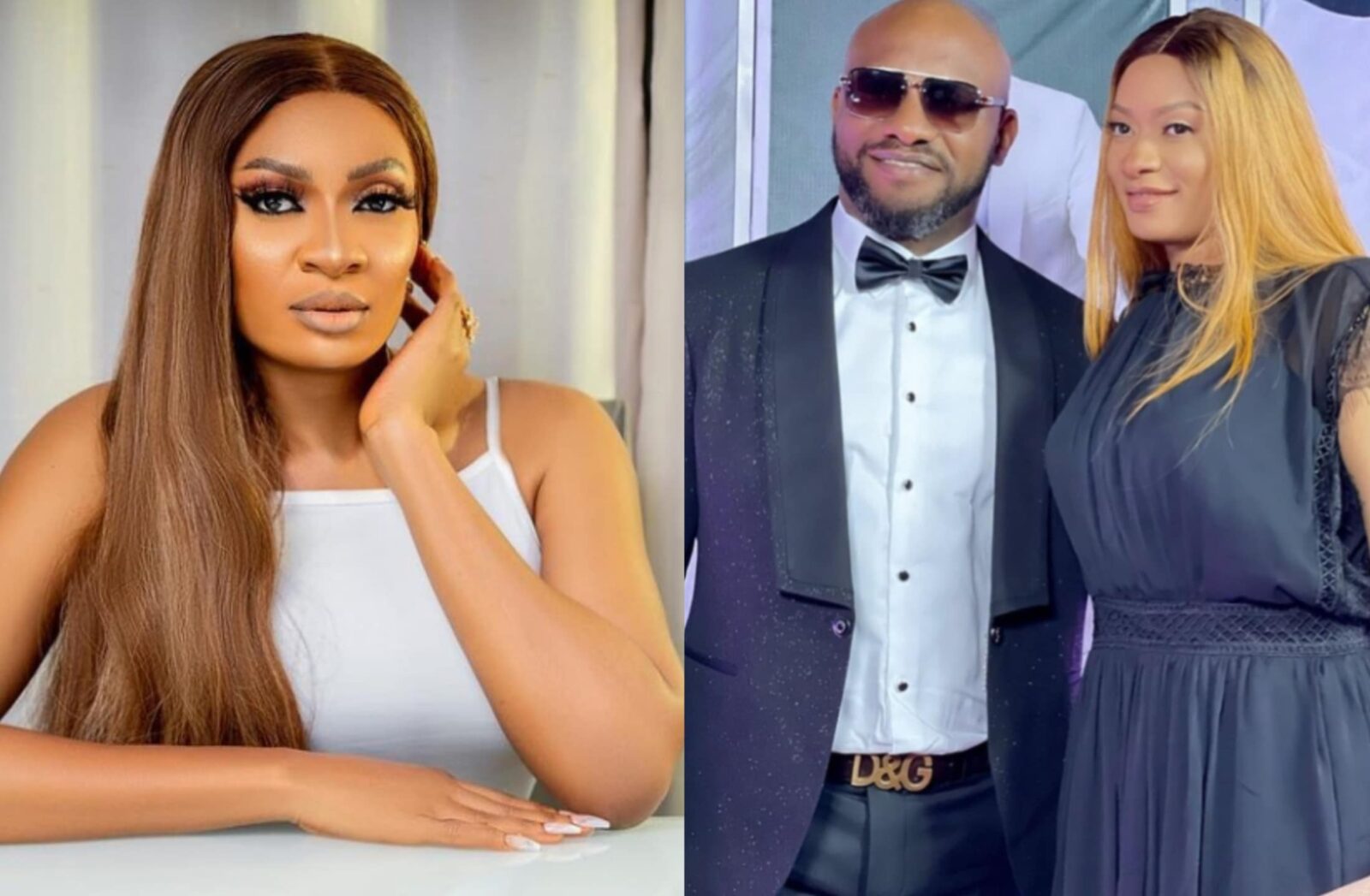 May Yul-Edochie, the wife of Nollywood actor Yul Edochie, has once again expressed her disapproval of her husband’s decision to venture into polygamy

It will be recalled that in April this year, Yul announced he has picked his colleague, actress Judy Moghalu as his second wife and that they already have a son together (Read Here).

This came as a surprise to May and many Nigerians who saw their marriage as one that embodies a Monogamous union. Yul and May have been married for over 17 years and have four children.

In a live session she had on her Facebook page in July, May stated that it hasn’t been easy since her husband took the decision to venture into polygamy.

May disclosed that she doesn’t wish this on any of her enemy, if she has one. Rather than dwell on what has happened, she said she has decided to pick up the pieces of a beautiful world. According to her, depression is real and there are different stages to it.

In a recent piece she shared on her Instagram page yesterday afternoon, the brand influencer said she had a stable and loving home prior to the unprecedented events regarding her marriage. She stated that polygamy is a life choice and that no one should be compelled to accept it.

The mum of four stressed that some religion and traditions allow polygamy and that she has nothing against it but that as a person she will not be numbered or cajoled to accept a practice that does not align with her faith and family values.

She also revealed that the house she’s living in was jointly built by her and Yul.

SEE ALSO: Yul Edochie’s Wife, May Speaks On Her Battle With Depression After The Actor Took A Second Wife, Actress Judy Moghalu

Read her piece below…

”The ability to accept or tolerate challenges and problems in life is a virtue, and should not be misconstrued. There is no point making an already bad situation worse, hence the need to remain calm is crucial.

I understand that we all have our weaknesses and limitations as humans, and I personally believe everyone deserves an opportunity to make things right when they stray… Forgiveness is divine.

Beyond all the unnecessary facades, Polygamy is a life choice and no one should be compelled to accept it. It is something I think all parties involved should embrace willingly, and it’s okay for anyone who chooses it.

Some religions|traditions allow polygamy and I have nothing against it. However, I am ABSOLUTELY certain that I will not be NUMBERED as a wife or be cajoled to accept a practice that does not align with my faith and family values.

God blessed me with a happy, peaceful, and lovely family in a beautiful and JOINTLY built “mansion” that started from little or nothing…humble beginnings. What more could I have been asking for? I had a stable and loving home prior to the unprecedented events regarding my marriage.

Life is made up of an infinite amount of choices. Most decisions might be tough to make, but whenever we confront our options with courage and confidence, we should equally be open to the paths of our own design.

I believe that we are solely responsible for our choices, and we have to accept the consequences of every deed, word, and thought that comes with it in our lifetime.

We should understand that taking life changing decisions hastily is not the best. God in His infinite mercy fixes things in His own time, He will definitely answer all our prayers.

Thank you all for your continuous prayers, love and support. May God bless you abundantly.”