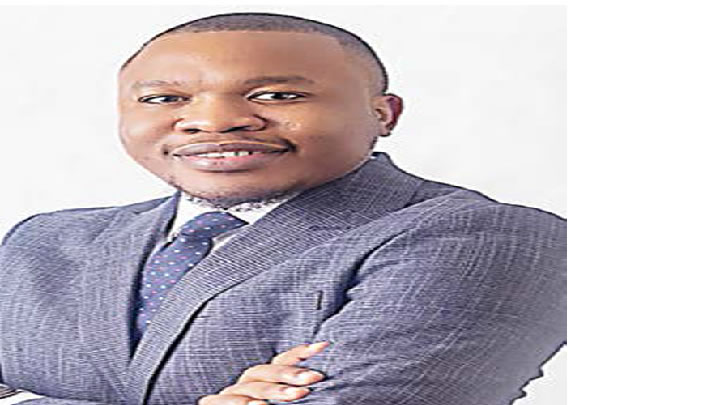 Many people are now aware that genotype compatibility is a defining factor when it comes to choosing a life partner but many are still not clear that it doesn’t just end there.

Many women have suffered repeated miscarriages, still birth or deaths of their newborn among a myriad of other agonising pregnancy and birth complications, the Rhesus factor may be at blame.

In a recent chat with PUNCH, a United Kingdom-based physician, Dr. Michael Hamilton, discussed critical information on Rhesus incompatibility of couples and how to address the problem.

Can you explain in detail what the rhesus factor is?

Rhesus is an antigen that is found on the surface of the red blood cells. The blood that flows through us is made up of three types of cells swimming in a body of fluid called plasma. One of these cells is the red blood cells, which are the most numerous and give blood its red colour.

More importantly, red blood cells help to transport oxygen throughout our body. These cells contain certain identification markers on their surface called antigens, which are tiny proteins that distinguish them for different purposes in the body.

One of the important groups of antigens found on red blood cells are the antigens that determine our blood group. Some of these include antigens A and B, which determine the A, B, and O blood groups of individuals; and antigen D, which we refer to as the rhesus factor.

How does rhesus incompatibility come about between a couple?

When we say incompatibility, we refer to two or more people who do not match as regards one criterion or the other. To lay a background, some individuals, depending on what was inherited from their parents, have rhesus antigens on their red blood cells while others don’t.

The possibility of rhesus incompatibility arises when a couple who plans to conceive children do not have the same rhesus factors or have different rhesus status. This means one of them is positive while the other is negative. There are two possible scenarios; it is either the man is rhesus-positive while the woman is rhesus-negative or vice versa.

How does this rhesus incompatibility cause problems?

When an individual has the positive rhesus factor, the body recognises that rhesus as ‘self’ and would not produce antibodies to fight against it.

Conversely, when a person lacks the rhesus factor or they are rhesus-negative and a blood that has rhesus or is rhesus-positive is introduced into their rhesus-negative body, either through blood transfusion or during pregnancy, their body would consider the introduced rhesus as a foreign body and therefore produce antibodies to fight against the rhesus.

When this happens, the mother’s system develops antibodies against anything rhesus in the baby’s blood. In most cases, during that particular pregnancy, these antibodies are only formed but do not attack the baby, they rather get stored in the body waiting for subsequent pregnancies.

This stage is called rhesus sensitisation. When this woman then gets pregnant again with another rhesus-positive foetus, the stored antibodies in the mother then come out to attack the foetus and cause problems. This keeps happening in subsequent pregnancies if the foetus is rhesus-positive and the attack tends to get worse with each pregnancy down the line.

What exact effect does this development have on the pregnancy?

The antibodies from the mother attack the foetus’ red blood cells and cause severe foetal anaemia or shortage of red blood cells, and heart failure, which in the most severe form can lead to generalised fluid-filled swelling and death of the unborn child, a state called hydrops foetalis. There are situations where the antibody attack is relatively milder, and the foetus makes it to birth.

READ ALSO: Your Spontaneous Miscarriages Might Be As A Result Of RF: Pharmacist, Adanma Doreen Gives Us Insight Into This Situation & How It Can Be Tackled

In a case where the baby is lucky to be born, what are the possible things that could happen?

The continuous destruction of the newborn’s red blood cells by the mother’s antibodies would cause neonatal anaemia and also cause the build-up of a pigment called ‘bilirubin’ which leads to neonatal jaundice. Neonatal jaundice could have severe long-lasting effects if not properly treated by a medical professional.

Can this cause a disability?

Yes, if neonatal jaundice is poorly treated, especially in low-income areas or where people are not fully informed about things like this. As I said earlier, the massive destruction of red blood cells leads to the accumulation of bilirubin pigment in the body, which causes neonatal jaundice.

If untreated, this bilirubin can accumulate to a very high detrimental quantity, so much so that it enters the brain and deposits there. This can lead to long-term problems such as cerebral palsy with abnormal muscle control and tone, movement disorders, hearing loss, and abnormal teeth among others.

Yes, absolutely. This is why premarital blood tests are important and some religious bodies advise and encourage that it is done.

What happens is that if a couple discovers that the woman is rhesus-negative and the man is rhesus-positive, the rule is that at 28 weeks of pregnancy, the mother needs to receive an injection called Rhogam or Rhesus immunoglobulin.

A second dose of Rhogam needs to be taken within 72 hours of delivery as well. The way this injection works is that it prevents the mother from producing antibodies that will fight against ‘rhesus’ especially for subsequent pregnancies, as I explained earlier.

Each time a rhesus-negative woman gets pregnant by a rhesus-positive partner, she needs to get this injection at those specified times.

It is important to say here that during the pregnancy, if the woman gets bleeding from her vagina, or if she, unfortunately, has a miscarriage, or undergoes an invasive procedure that involves the foetus, then she needs to take this Rhogam injection within 72 hours of that event, irrespective of what week of pregnancy she is in.

This is because these scenarios I just listed have a high risk of the foetal blood mixing with the mother’s blood and we need to prevent those rhesus antibodies from being formed.

What are the other things people should know about rhesus?

Although I explained earlier that the first or index pregnancy is not affected in most cases, there are exceptions where the first pregnancy can be affected.

In these exceptional cases, she would have already performed those rhesus antibodies in her system waiting to attack any foetus that is rhesus-positive.

How can one check for their rhesus type?

You can test for your rhesus status by doing the basic blood group tests at a clinical laboratory or hospital near you. These tests are sometimes done as part of premarital or antenatal screening anyway.

If you have had an abortion, miscarriage, or blood transfusion in the past, you should additionally test for your rhesus antibodies level to see if you already have these antibodies.

This is because in this case, if your partner is rhesus-positive your first pregnancy will be at risk. The pregnant woman needs to inform their doctor during the pregnancy so that the doctor can give the right treatment.

Does rhesus incompatibility play any role in infertility?

No, rhesus does not cause infertility. Infertility is a situation where the woman cannot conceive at all. In the case of rhesus incompatibility, the woman might not be able to carry the baby to full term but at least, there will be conception. Rhesus can only cause the woman to have a recurrent stillbirth.

No, it’s not a communicable disease if that’s what you are referring to but the presence (or absence) of rhesus factor is inherited from parents. Additionally, more people in the world are actually rhesus-positive than negative.

Can a rhesus-negative mother have a normal delivery?

Yes, as long as the right treatment and procedures are followed during the pregnancy and delivery.

Can this directly lead to the mother’s death?

No, it typically doesn’t affect the mother but the foetus. However, the mother may secondarily suffer complications from having a stillborn. These range from actual physical illness, such as blood clots, pre-eclampsia, genital tract infection, etc, to the downstream mental health toll that having a stillborn or a sick baby can have on her. The primary problem in rhesus incompatibility is for the foetus or newborn baby.

How common are cases of rhesus incompatibility?

I’d like to highlight again that this rhesus issue is only for consideration in women who are rhesus-negative, especially when they have a rhesus-positive partner. A rhesus-positive woman does not need to worry about any of these things we have discussed here because she cannot be affected.

Therefore, the more important question is, how many rhesus-negative women do we have in Nigeria, because they are the population at risk. I read a couple of Nigerian studies recently which put the prevalence of rhesus-negative status in Nigerian women to be around 4-6 per cent.

This may seem small but when you multiply that percentage by the population of women in Nigeria, that’s millions of women.

What are the common misconceptions about the rhesus factor?

As against sickle cell where we advise a person with AS genotype not to marry another person with AS, AC, or SS genotype, rhesus incompatibility should not be something that deters people from getting married and having children together. This is because there are ways one can prevent the associated problems for the pregnancies or the newborn.

The only thing that will pose a problem is when the couple is not aware of their statuses, and they just begin conceiving children just like that. They must let their doctors know their status or incompatibility, so they can help them prevent associated problems for their children.

Also, a person’s rhesus status cannot be changed because it’s genetically determined. Lastly, a rhesus-negative woman cannot develop rhesus antibodies merely by having sex with a rhesus-positive man. There needs to be pregnancy and a mixture of the baby’s and the mother’s blood before that can happen.