Three women who were diagnosed with cancer have shared their experiences, revealing the symptoms they did not know could be signs of the disease.

One of the women, Sandra Hoehler, now 38, said six years prior to her diagnosis, she was experiencing symptoms that included a persistent genital itch and severe pain that she would eventually learn were associated with her cancer. Quoting Good Morning America, Yahoo reports Sandra as saying,

Over a six-year period, doctors diagnosed Sandra with and treated her for yeast infections and lichen sclerosus with different ointments and creams, but her pain only intensified.

“I was in pain every single day. Whether it was an itch, burning, pain just from sitting,”

Sandra said she eventually asked for a biopsy for further testing, but didn’t really expect the devastating news she’d learn: It was cancer.

She was diagnosed with vulvar cancer, which accounts for 0.7 per cent of all cancers in women, according to the American Cancer Society.

Since her diagnosis in December 2017, Sandra has had multiple surgeries, including a radical vulvectomy, and is recovering physically and emotionally.

SEE ALSO: Three Women Share How They Trusted Their Instincts & Discovered They Had Cancer

But she lamented that the informational material doctors were able to provide her with about her cancer was limited due to how rare the disease is. She said:

“I wanted to do something about it, because when I found myself at that doctor’s office, getting those results, hearing vulvar cancer and never having heard of it before.”

Caitlin Nespoli, 29, had a similar experience with gynaecologic cancers manifesting themselves with more common menstruation symptoms.

At 16, Caitlin’s first symptom was a painful period. She said she was told it was menstrual cycle pain and a year later, she had endometriosis, a disease that occurs when tissue similar to the lining of the uterus migrates outside of the womb, often resulting in severe pain.

But when she continued to have painful periods and felt full after small meals, her mother demanded an ultrasound.

“When everyone said don’t worry about it, mom said, ‘I love my daughter. I know my daughter. This isn’t her and something more is going on,’”

The ultrasound showed a dermoid cyst, but she was told it was unlikely to be malignant. A month later, she had surgery to remove her cyst, which turned out to be cancerous.

In June 2008, she had surgery to remove a fast-growing tumor and her right ovary. She was diagnosed with stage 3 of dysgerminoma ovarian cancer.

Ovarian cancer accounts for more deaths than any other type within the female reproductive system, ranking fifth in cancer deaths among women, according to the American Cancer Society.

She underwent six months of chemotherapy that saved her life and has been in remission for 10 years.

Trusting your instincts after diagnosis

After consistent routine mammograms, in June 2017, then 47, Carletha had another mammogram followed by an ultrasound. After the results still showed dense breast tissue, she was told to return in six months, but only a few months later, she experienced excruciating pain while exercising.

“I felt a sharp, bulging pain as I was jogging. At night I felt burning inside my left breast,”

After insisting on a biopsy, she was diagnosed with invasive lobular carcinoma — a type of breast cancer that starts in the milk-producing glands (lobules) in the breast. 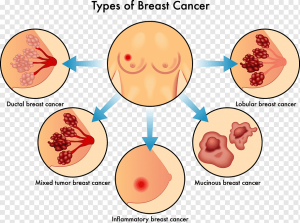 By the time she was diagnosed with breast cancer, it was terminal. “It ate my breast away like a flesh-eating virus,” Carletha recalled.

African American women are at higher risk for inflammatory breast cancer, according to The American Cancer Society, and also tend to be diagnosed with breast cancer at a later stage.

said Carol DeSantis, MPH, the principal scientist in the Surveillance and Health Services Research Program at the American Cancer Society.

Carletha has undergone chemotherapy and hormone therapy and is now in a clinical trial to attempt to slow down the progression of the cancer that has spread throughout her body.

She said she could never say she was in remission with her invasive cancer.

A 2015 study by the Institute of Medicine reported that nearly one out of 20 adults experience a diagnostic error every year and half of those errors could be harmful, because they can prevent or delay appropriate treatment.

Most women with vulvar cancer have no symptoms at all; ovarian cancer symptoms can be bloating and abdominal pain; and inflammatory breast cancer may look like an infection leading to a delayed diagnosis, according to the American Cancer Society and the National Cancer Institute.