After executing a largely successful and widely acclaimed protest against police brutality in Nigeria, Feminist Coalition, better known as Feminist Co, has released a statement after President Muhammadu Buhari addressed the nation regarding the #EndSARS protests. Feminist Co – a group of passionate advocates who helped make the End SARS protests organized by sourcing for funds, coordinating protesters, and providing food, security, medical care, legal support, and other services for protesters – revealed the plan going forward.

The group explained that they will no longer be accepting donations for the End SARS protests. They asked everyone to go home and “stay safe” as that’s the group’s priority.

They also stated that they condemn the recent violence and believe no Nigerian life is worth losing. They commiserated with people who lost loved ones, adding that the dead should be recognized as heroes.

They then explained how the donations remaining in their account will be used. The money left will be used to provide medical care for the sick, legal aid for the wrongfully detained citizens, and relief for victims of police brutality as well as families of the deceased.

They ended by stating that the group will now go back to doing what it was created for – championing the advancement of the Nigerian woman.

Nigerians have reacted to the statement by asking why they are throwing in the towel so soon. Some thanked them for their service and said it’s best to be alive to fight another day.

Below is the full statement and some reactions to it: 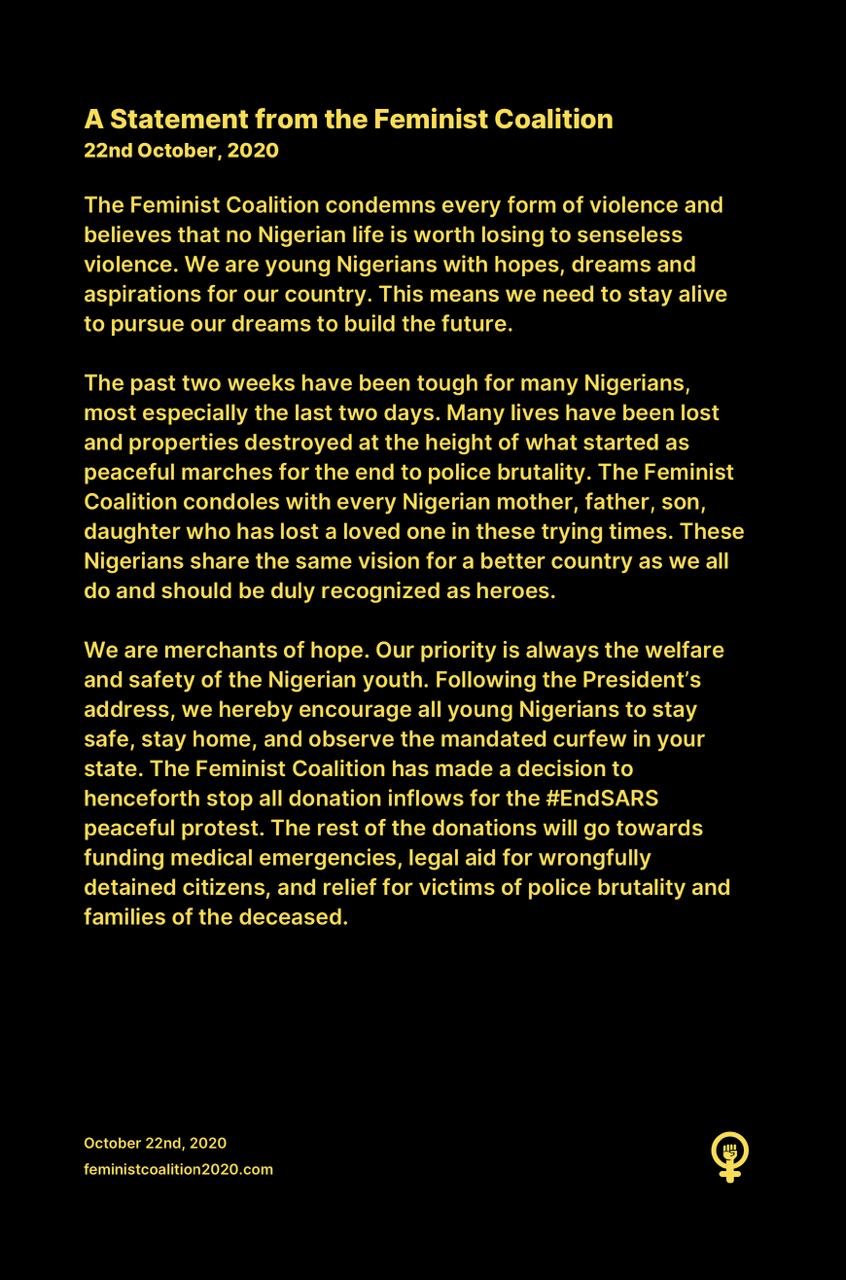 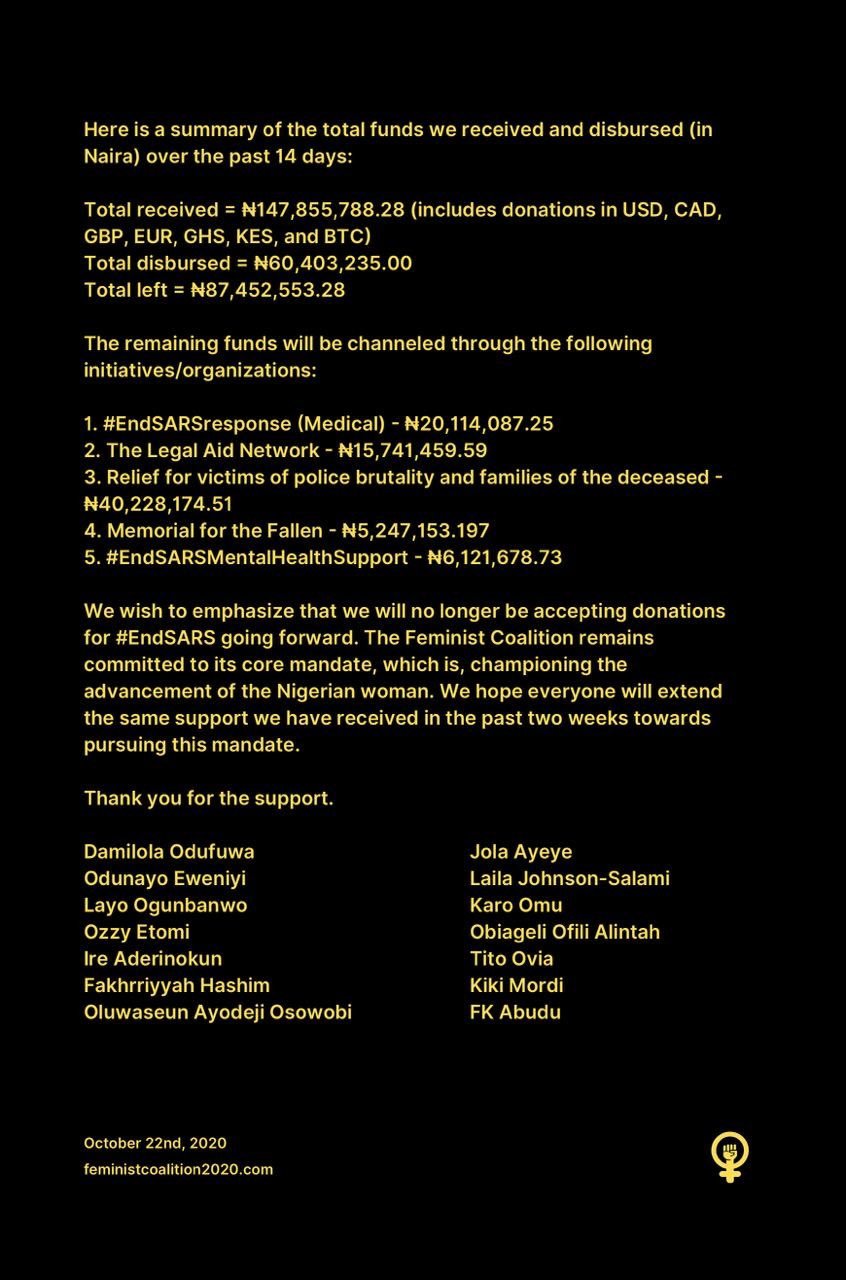 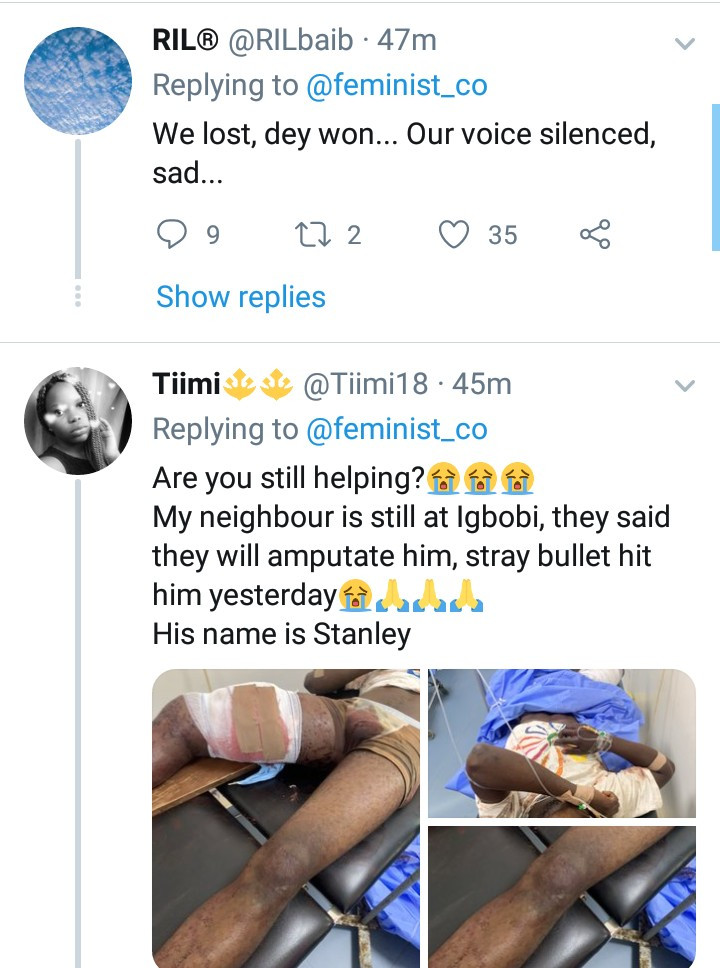 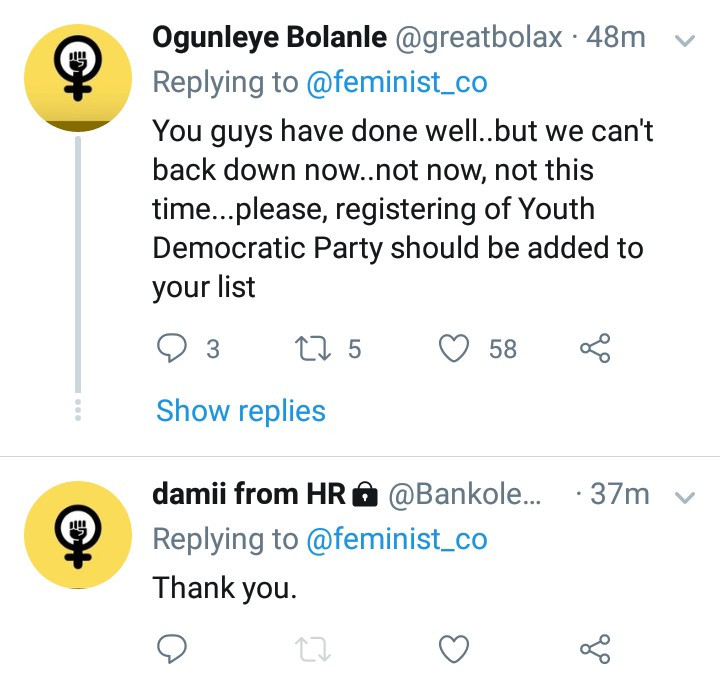 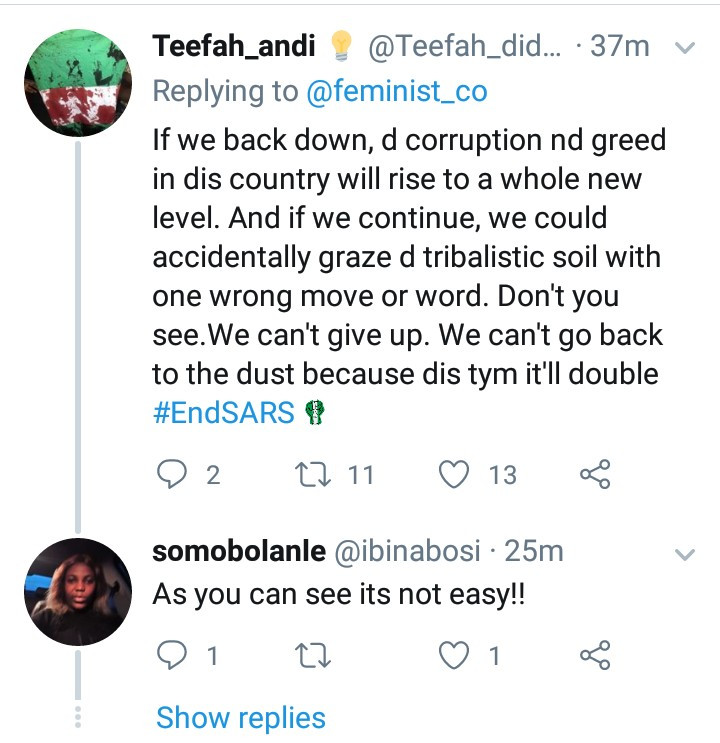 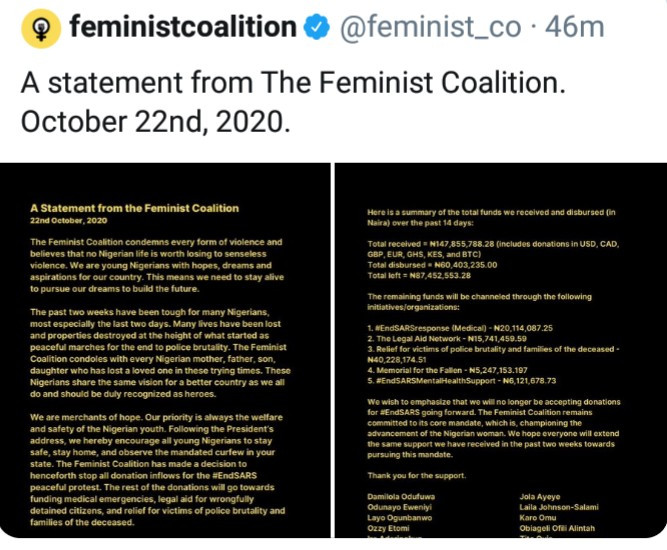