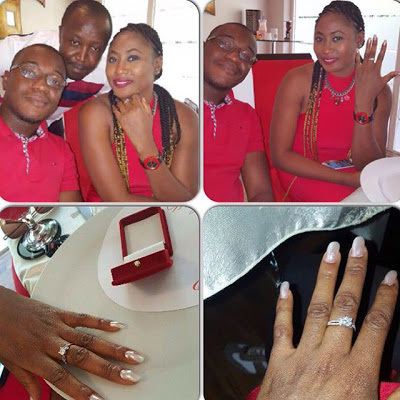 Dr. Bright Echefu, the Abuja based medical doctor who received massive backlash after proposing to his late wife’s ex-beauty Queen friend, Florence Esu, four months after her death (read here) has been dumped by his sweetheart following his arrest by the EFCC over fraud allegations.

The once blushing bride-to-be took to social media to say her engagement was only a prank and she is still very much single and ready to mingle. See her post below: 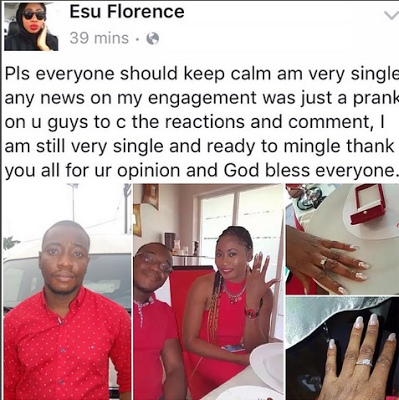 The doctor was reportedly arraigned before a State High Court in Port Harcourt, Rivers State yesterday.