Breaking News! Chibok Girl Who was Recently Rescued Reunites with her Family

Janel Horne, NFL player Vernon Davis’ fiancee and girlfriend of 15 years has accused him of cheating on her with a 20-year-old woman.

According to Dailymail, Davis’ fiance made the accusations via Instagram posts on Monday about his infidelity.

She wrote in the caption to a photo that shows Davis and his alleged 20-year-old mistress: ”When you give a man your all, 15 yrs, 3 kids, and you sacrifice your life and then he cheats on you with a 20 yr old child and lies on you @vernondavis85.” 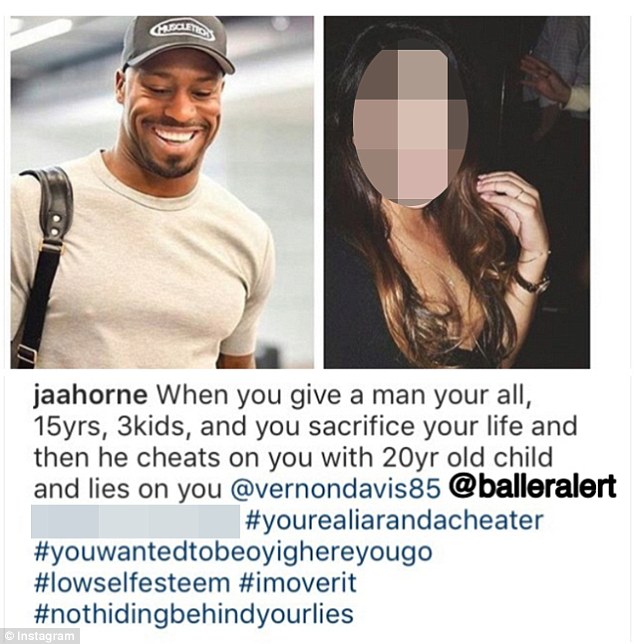 Reacting to the allegation, the 32-year-old player has published three different posts on his Instagram page since Monday.

In one, he wrote ‘When people do these things we should hold hands and pray for them,’ along with a picture of a Bible quotation taken from the book Leviticus 19:11 which says ”Ye shall not steal, neither deal falsely, neither lie one to another.”

It’s unclear if Davis is referring to his self, or is saying his fiancee is lying.

Davis is a 10-year NFL veteran and recently signed a one-year deal with Washington back in March.