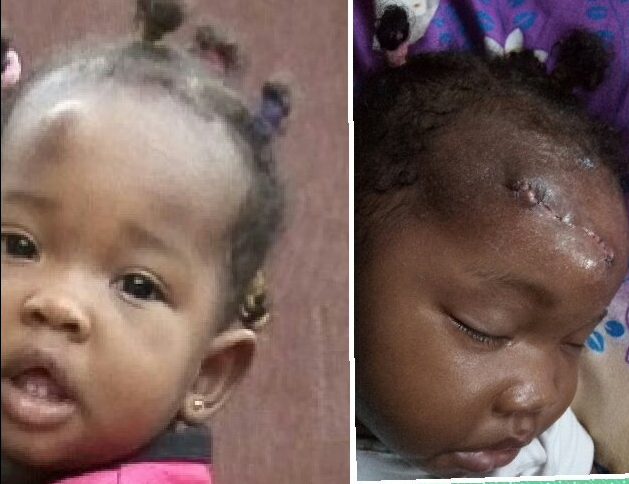 A Nigerian mother @attamatwit on Twitter has cried out over a surgery carried out by a Nigerian doctor at Lifeline Children Hospital, Surulere, Lagos, which left her daughter with a large scar on her forehead.

The heartbroken mum who assumed the doctor who performed the surgery is a quack, said her daughter was diagnosed with Capillary hemangioma, a collection of bad blood cells.

The doctor told her it was not malignant, and required a simple procedure. She says the doctor did not tell her the procedure would leave her daughter with such scars and that she got to know of the deep cuts when she took her baby for wound dressing.

However, doctors on twitter stood up to defend their colleague by saying there will always be a scar as he (the doctor who performed the surgery) is not a plastic surgeon who would consider cosmetic effects. 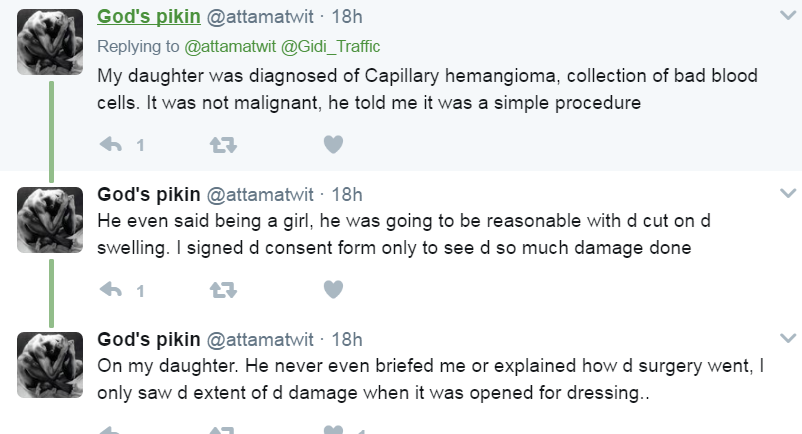 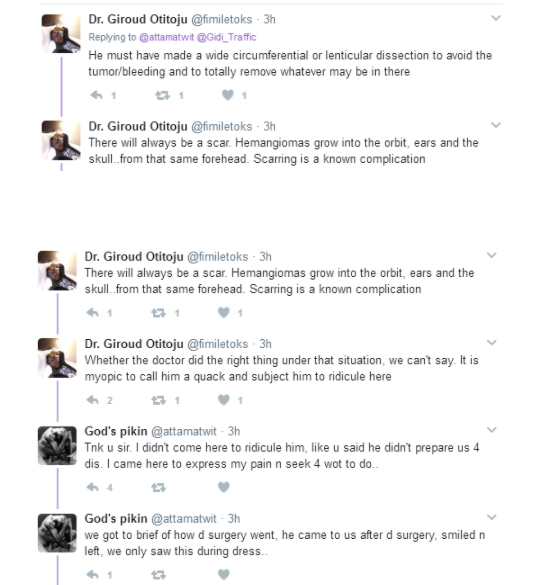 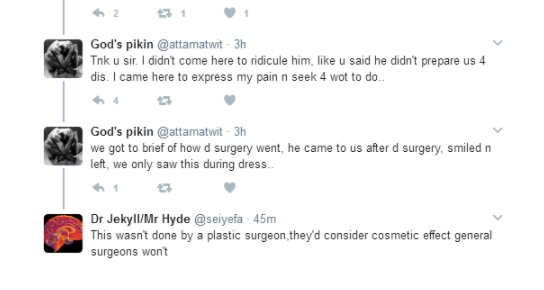