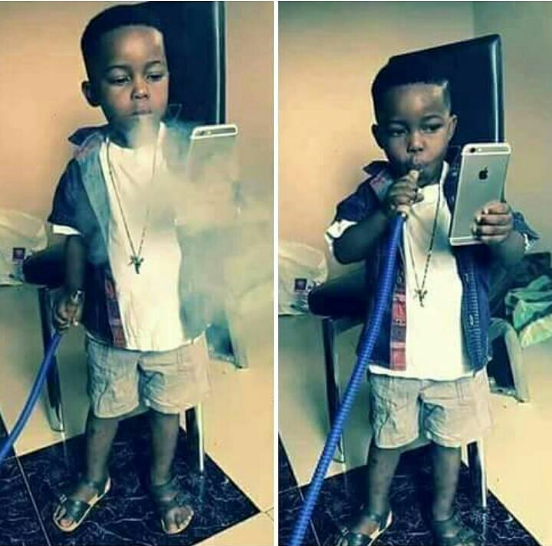 Do we really have child care service in this country?

This photo of a 5-year-old boy, smoking shisha while staring at an iPhone is currently going viral and has sparked serious outrage on social media. In the photo, the little boy, who does not look like a first-time smoker, was captured performing the act with ease.

Meanwhile, a Facebook user identified as Falex Oluwagbotemi has now come to the young boy’s defense. 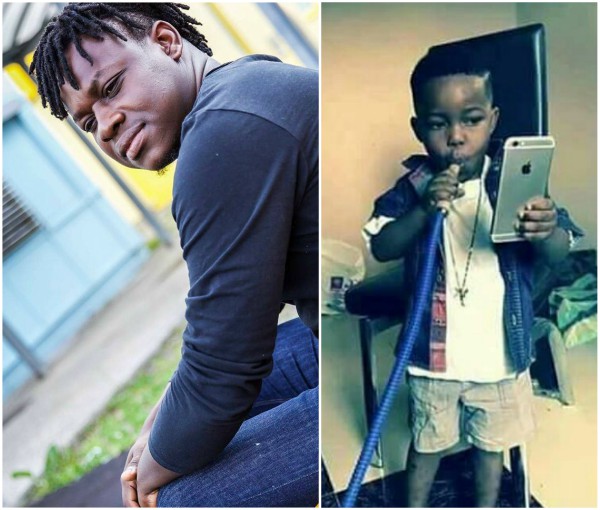 According to Oluwagbotemi, who sounded like he is the father of the boy, the youngster is over 5 years and he knows what is good for him.

Heartbreaking Story: Why This Young Lady Still Finds It Hard To Forgive Her Parents Is Instructional For Other Parents