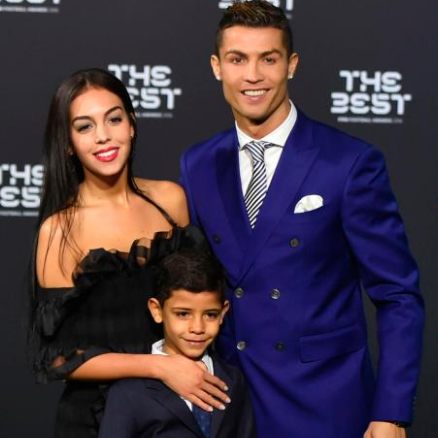 “Parading the culprits is dehumanizing and unacceptable”: Ebonyi Lawmaker Speaks on Widow Disgraced for S*X with Younger Lover

The 32-year-old Real Madrid star, Cristiano Ronaldo celebrated the arrival of children numbers two and three in June, newborn twins, Eva and Mateo via a surrogate. The pair were born while Ronaldo was away in Russia with the Portugal national team at the 2017 FIFA Confederations Cup.

The former Manchester United man’s girlfriend, Georgina Rodriguez is currently pregnant with a girl that is due in October.

Now the proud dad has admitted his eldest son wants six siblings, making a match in heaven for Cristiano’s CR7 fashion brand named after his initials and his football shirt number.

According to Sun, the father of three also agrees with his son’s desire to have more siblings of which he wants same. He was said to have made the admission during a Chinese TV interview picked up by papers in Portugal.

The footballer reportedly went on to say he was enjoying the moment with his three children but was ruling nothing out when it came to expanding his family.

As we expect more mini-Ronaldos, who is enjoying his fatherly duties, we cannot guess how the rest of his children will be born. Might be through a surrogate or maybe Georgina will have the rest of them.