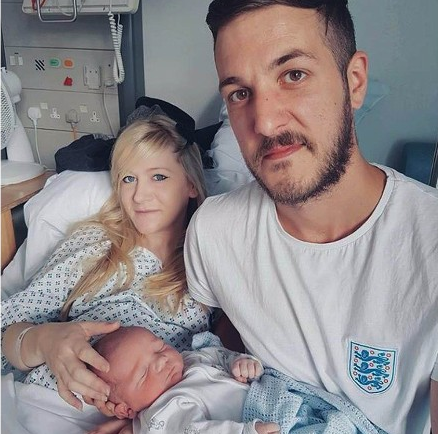 Dear MIMsters: My Mum Tells Me Everything, Will I Betray Her if I Don’t Tell Her This Secret?

Eleven-month-old Charlie Gard, whose life captured the hearts of the world, has died – a week before his first birthday. Charlie suffered from a rare genetic condition which saw him hospitalised for the majority of his short life.

His parents, Connie Yates and Chris Gard, fought a lengthy and emotional legal battle to take their severely ill baby son to the US for treatment, but were denied by judges.

After the courts recently denied his parents the chance to take their son home to die, he was taken from Great Ormond Street to a hospice where Charlie’s life support was immediately removed.

Charlie’s mother, Connie, was in deep sorrow as she said goodbye to her dearest son whom she watched fight for survival from the time he was born till his death. The little soldier did not get the chance to explore life as baby even for a short while.

“Our beautiful little boy has gone, we are so proud of you,” Charlie’s mother said.

According to Dailymail, Miss Yates declared that the legacy of her ‘sweet, gorgeous, innocent little boy would be to save other sufferers of his rare condition. She vowed to help others battle medics so no parent would have to go through what they did.

Charlie’s plight has seen hundreds of supporters – called Charlie’s Army – lending their voices and money to see the child given treatment, with £1.35 million raised on an online fund-raising site.

Everyone at Great Ormond Street Hospital sent their heartfelt condolences to Charlie’s parents and loved-ones at this very sad time. They have been involved in the course of the child’s plight.

Charlie’s story and his parents’ fight caught the attention of people all over the world including that of world leaders near and far. Some of the world leaders were UK Prime Minister Theresa May and Pope France, who supported the hospital.

“I am deeply saddened by the death of Charlie Gard. My thoughts and prayers are with Charlie’s parents Chris and Connie at this difficult time,” May said in a statement released on Friday.

READ ALSO: Doting Mother Launches Campaign For her Dead Baby | Her Reason Will Touch You
Pope Francis had tweeted his support for Charlie’s parents. On Friday, the Pope posted another message entrusting little Chalrlie to God Almighty. He also prayed for strength for his parents and those who loved him.
The president of the United State, Donald Trump weighed into the debate, with the Vatican saying the pontiff prayed for their wish to accompany and treat their child until the end is not neglected.

Recall that Charlie, who was born on August 4 last year was described as a perfectly healthy baby when he was born. Eight weeks later he was rushed to the hospital over suspicious illness and was diagnosed of mitochondrial disease, a condition that causes progressive muscle weakness and brain damage.

From then on, baby Charlie’s health condition progressively deteriorated. His parents fought so hard for their child’s survival but today Charlie is no more. Our heart goes to his strong parents. Rest In Peace baby Charlie!