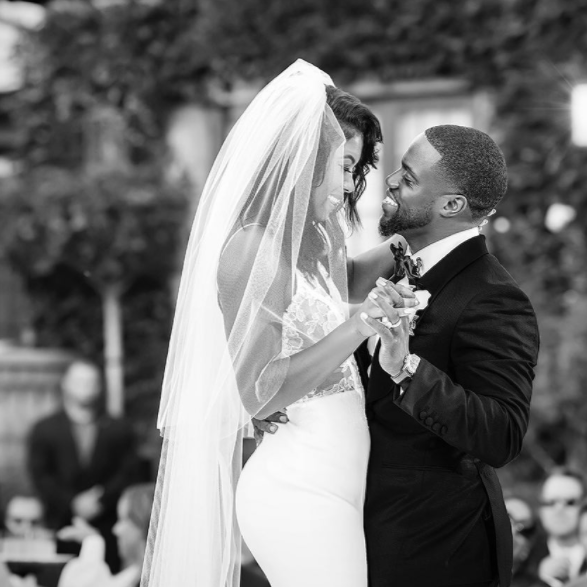 Comic actor, Kevin Hart has obviously put those cheating rumours behind him as he celebrated his one year wedding anniversary to wife, Eniko Hart, yesterday.

Posting this beautiful black and white photo from their wedding, the Central Intelligence star and expectant dad wrote on his Instagram page;

”Happy 1 year anniversary to this unbelievable wife of mine. 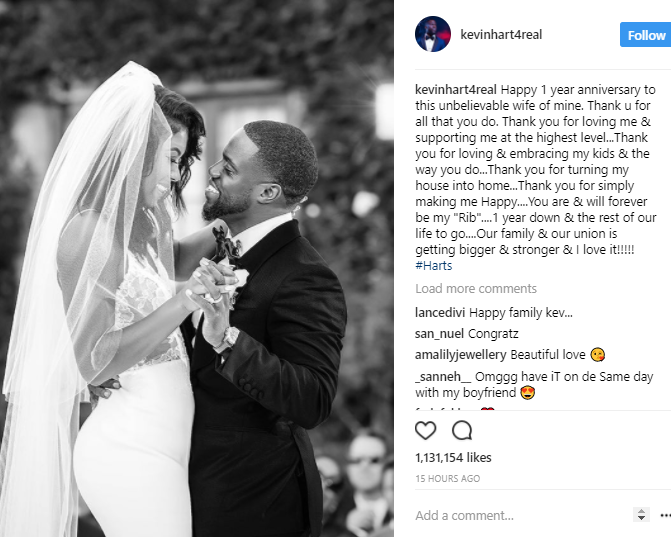 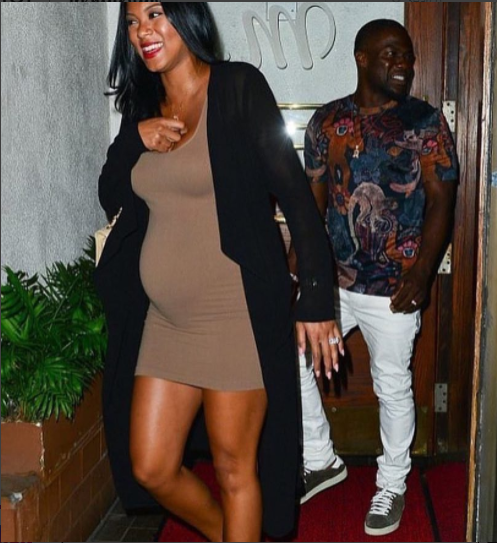 Speaking about the cheating rumour, Radaronline, reported that Kevin was caught with an unidentified woman outside his Miami beach hotel.

In photos published online, the report claims the two had been partying at an upscale club to celebrate his 38th birthday.

Kevin walked the lady into a Lexus car where they chatted for while and reportedly made out. If you recall, his ex-wife Torrie claimed Kevin cheated on her with Eniko who was his mistress at the time. 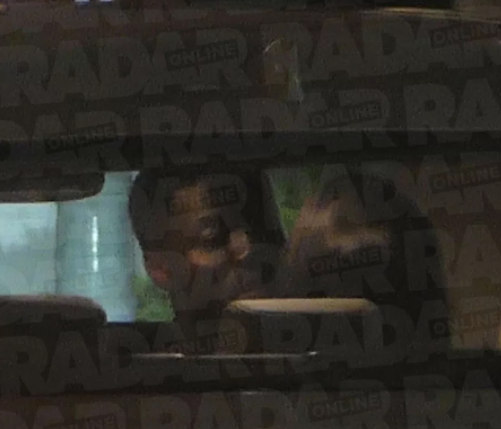 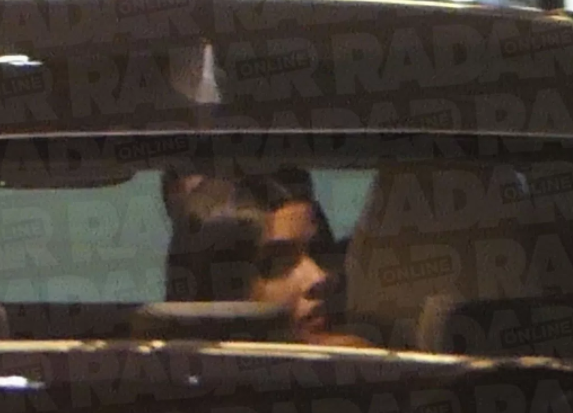 Kevin and Torrei were married for 9 years and had two children before they split. He tied the knot with Parrish on the 13th of August, 2016 in Santa Barbara, California.