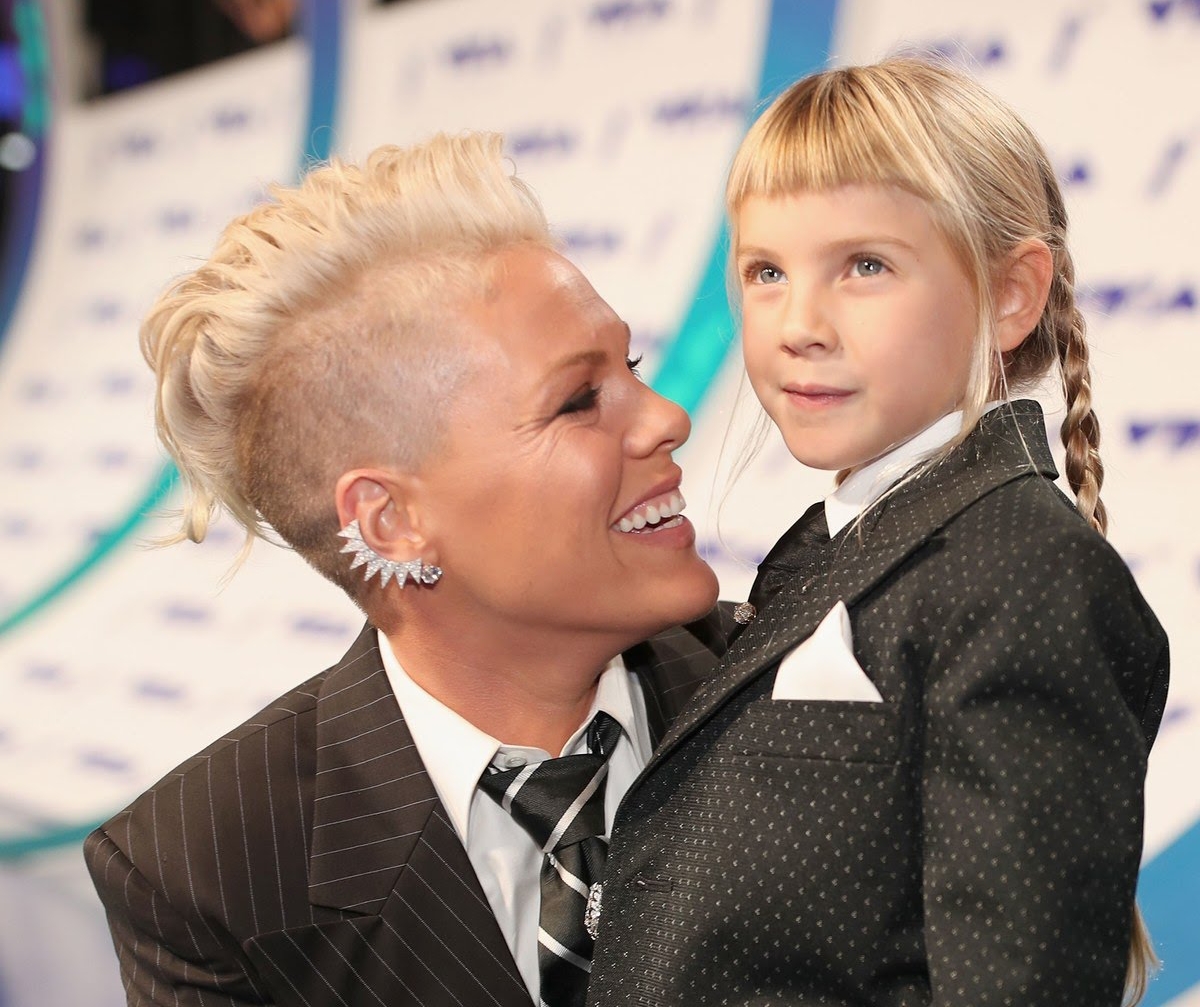 She was awarded for her inimitable impact on music, pop culture, and philanthropy.

Pink, Carey Hart and their daughter, Willow, stepped out in adorable matching looks at the 2017 MTV Video Music Awards on Sunday, August 27.

The singer used her acceptance speech as an opportunity to speak candidly about body image and self-love, recalling a conversation she had with her 6-year-old daughter, Willow Sage Hart. Pink said,

“Recently I was driving my daughter to school, and she said to me, out of the blue, ‘I’m the ugliest girl I know. I look like a boy with long hair.”

Shocked at what her daughter said, she came back to Willow with a PowerPoint presentation spotlighting gender-bending icons, such as Prince, Annie Lenox, and Freddie Mercury, explaining to her that,

“They live their truth, are probably made fun of everyday of their life, and carry on, and wave their flag, and inspire the rest of us.”

Underlining the fact that she herself doesn’t fit society’s narrow feminine ideals and has been criticized throughout her career for being too masculine, Pink posed four powerful, patriarchy-smashing questions.

Not that’s how its done mothers.

A mother is the first role model a child sees, so we need to be aware and comport ourselves in a way that we teach our children the right values in life.