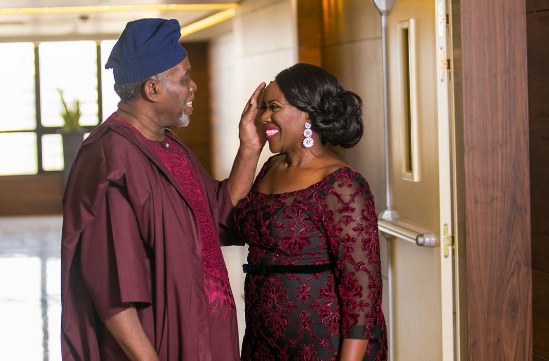 Joke Silvia, having been married to her hubby, Olu Jacobs for over three decades, is qualified to render marital advice.

The thespians who met in 1981 at a rehearsal and got wedded in 1985, have shown that true love lasts a lifetime – they have been a good example to many.

The mother of two took time to bare her thoughts on the problem of domestic violence, which is timely, considering the high rate of it these days. She also shared her opinion about marriage break-ups. 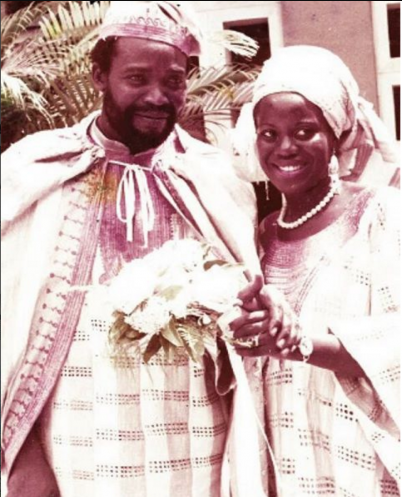 In the interview with Dailytimesng, she expressed joy in seeing women come out to talk about domestic violence, as it was not so in the past.

Silva is of the opinion that once the violence drama starts, be it from the man or the woman, the couple need to give themselves space, as marriage is not a do or die affair.

She reckoned that apart from domestic violence there is also emotional violence, which she claimed is the most deadly type of violence as it affects one psychologically.

“I think I’m very happy more women are coming out to talk about it. It is important their partners must give themselves space. Once the violence starts, give yourself space!

I think it is the most spirit destroying action one can put on their lover. And it doesn’t only happen to women. It happens to men as well. I think it is sad that any relationship gets to that point where you need to break the spirit.

I think in relationships especially when we are angry with each other, I think lovers go for the jugular when they are angry. I know I do.

It damages the person psychologically; I think the onus is on those who love the person. To let them see it and be aware of it. Marriage is not do or die affair.” 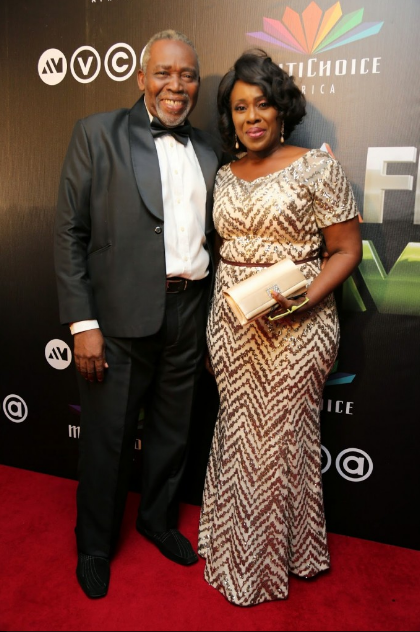 In Joke’s opinion, to avoid a broken marriage, people should know what their threshold of acceptability and pain is to avoid being bitter later on.

You will hear of some women who have stayed with their husband right throughout the difficulty and when the husband dies, you hear them. They’re so bitter because it seems as if they wasted their life and this is something that the younger generation doesn’t want to go through. With that being said, I think also that there is a little need for both sides to see each other as human beings.

There is a tendency for us to have the wrath of a man. Our boys are raised from when they’re babies, and they’re saying “ehh! Wo! O ma sawonbirin leshe” (he will deal with these women) (claps) so when a woman all of a sudden, say that this man should become responsible, should become accepting, should be able to take a leadership position, where he is a servant leader, how?

READ ALSO: “Be your own kind of beautiful” – Joke Silva Says as She Shares Stunning Photos

He was never brought up to be a servant leader. He was brought up to be the king of kings and lord of lords! (Claps…). So, it’s a shift thing in mindset. It’s difficult but it’s something we have to do and that is why we are seeing what we’re seeing. That is why the marriages are not making it.

Joke revealed that at some point in her life, when there was nothing coming from the movie industry she started teaching, and was proud most of her students then are now in the industry with her.”

The talented screen diva concluded by revealing the pet name she call her hubby, ‘omo boy‘ and said except there was an issue, she never calls him by his name.