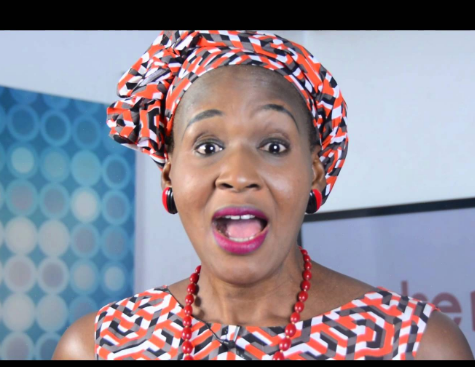 Nigeria’s controversial US trained journalist, Kemi Olunloyo, who reportedly had another hearing of her case with Port Harcourt pastor, David Ibiyeomie, in Rivers, today, just took to Instagram minutes ago to claim that her life was in danger.

According to her, the judge adjourned her case to December, and when she stepped out of the courthouse she was almost kidnapped by Police undercover task force.

#BREAKING The Nigerian police #Abuja undercover task force tried to kidnap me outside this courthouse now. Please spread this message.

My lawyer Eugene Meabe and other Rivers police foiled it. I feel unsafe here. The judge had just adjourned my case to December and they were probably not happy.

The NPF IG task force has been stalking me since my release in June. Ibrahim Idris you have really crossed the line this time.

The scene here is chaotic. My case needs to be DISMISSED. I’m never coming to Rivers again.

My life is on danger and my case needs to be moved to Ibadan which was the real jurisdiction. I am in a court toilet hiding here looking at my lawyer and different security forces.
#KemiOlunloyo.”

Im not OK. Fatai Lawal the lawyer I fired who was supposed to excuse me from the magistrate hearing for July did not show my doctors letter.

READ ALSO: “Nigerians tagging me as an ex-convict are certified illiterates” -Kemi Olunloyo on Her Release from Prison

Instead Lawal excused himself from the case which is what lawyers are supposed to do. A bench warrant was written to arrest me the next day.

The other lawyers on the team had no idea as he represented that day. Since August 13th 2017 he has not released my legal files to the new lead lawyers. He has not picked up my calls. Yesterday in federal high court I was told he wanted money to release my files.

An Afe Babalola pro bono lawyer who my dad sent and I never asked for wants money? I contacted Afe’s office and he released the files this morning to us and thus the federal high court case postponed to December 2017.

The magistrate is on the 24th October 2017 so what happened today was that Federal SARS wanted me behind bars today. Not my fault I didn’t know there was a bench warrant for me. A corrupt lawyer and system caused this.

I am sitting here now watching all of them. My blood pressure is 160/100 and I’m battling bronchitis and police said they don’t care if I DIED IN THEIR ARMS. They are now all in magistrate court for and emergency hearing. My complaint is still suing me in both magistrate and federal high court.

Olunloyo was remanded in prison for allegedly publishing a letter sent to her by one of the members of Salvation Ministries in Port Harcourt, claiming that the General Overseer of the church, Pastor David Ibiyeomie, was secretly dating Nollywood actress Iyabo Ojo (read here). 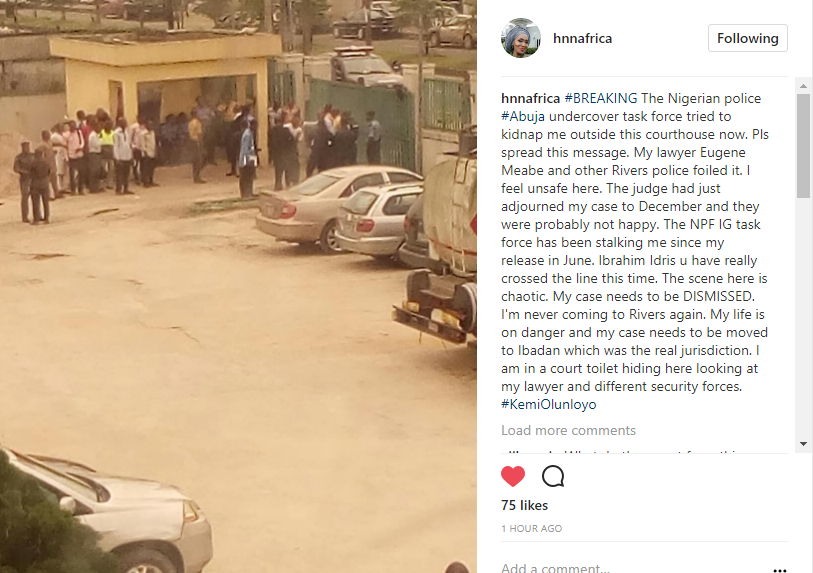