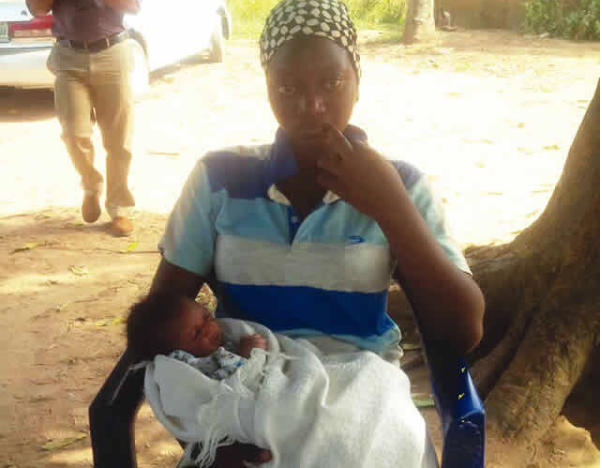 Does Your Zodiac Sign Affect Your Parenting Style? These Astrologists Think So

According to information gathered, Mohammed had allegedly slept with the teenager sometime in March this year, putting her in the family way.

Mohammed was arraigned in court on April 4, 2017 and is standing trial on two counts of unlawful sexual intercourse with a child, and impregnating a female pupil, Punch learnt.

He was remanded in the prison custody for three months after he pleaded not guilty to the charges. The presiding magistrate, Fatima Auna, had granted the VP bail in the sum of N1m.

The teen mom, while speaking to newsmen in Minna on Tuesday lamented the way she was treated during the pregnancy. She said that she gave birth to the baby on October 28, after she was returned to her parents by her guardians in August.

”I did not receive any assistance from the V.P despite the agreement between him and the child rights agency. I am not happy that I am now a mother at this tender age.”

She solicited help from the state government and NGOs for her to take care of the baby and continue with her education.

”I will not allow the incident to shatter my dream of becoming a nurse. I still want to further my studies because I want to be a be a nurse in the future.”

Haruna Galadima, the 65-year-old father of the victim, decried the neglect of his daughter by Mohammed, noting that she did not receive any assistance during and after the pregnancy.

Galadima urged the state government to assist his daughter to return to school and ensure that justice prevailed in the matter.

”When I heard that my daughter was impregnated by the vice principal in her school, I regretted sending her to school, because a teacher who was supposed to teach and correct her was the one responsible for her predicament.

What I want now is for my daughter to be taken care of by the man who put her in the family way; he should take full responsibility for the baby’s needs,” he added.

Meanwhile, the Director General of the Niger State Child Rights Protection Agency, Mrs. Mairam Kolo, said the agency had approached the ministry of education to give part of the vice principal’s salary to Faith on a monthly basis for the baby’s upkeep.

Mrs Kolo said the agency would file an application before the court for a DNA test to be conducted on the baby to assist police investigation and the court, also giving the assurance that the agency would get justice for the victim and see that she returned to school.

Latest reports revealed that Mohammed had been secretly transferred from GSS Tunga, Minna to an unknown school while the case against him was pending in the court.

The Permanent Secretary of the state Ministry of Education could not be reached for comment on the transfer of the accused to another school.