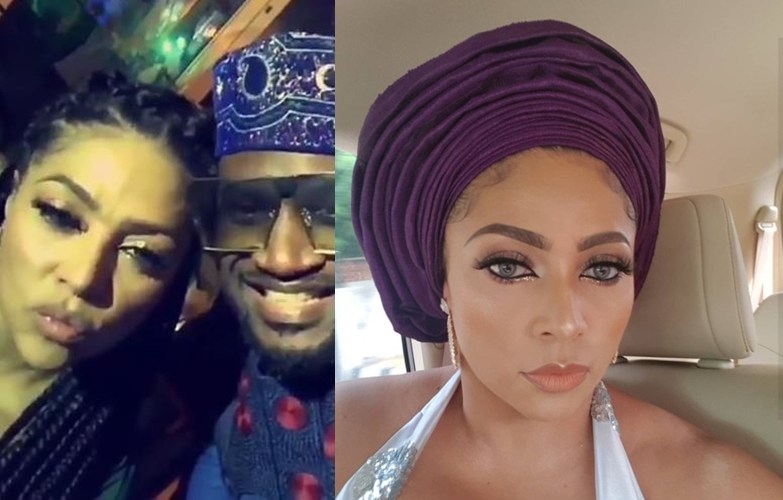 Last weekend, beautiful mum of two, Lola Omotayo Okoye was seen on social media, snapchat precisely, taking a drag from a cigarette in the company of her husband, Peter Okoye at a party.

While some followers called her out saying it is ‘UnAfrican’ to find a woman who has children smoke, others rose to her defence telling people to mind their business since her husband sees nothing wrong with it.

While the act of smoking is unhealthy and should not be encouraged, does smoking define a person’s character which is this case a woman? Smoking is an addiction formed as a result of a bad habit but does it make the smoker a bad person, should it be used as a judge of one’s character?

They also condemned the singer for allowing his wife to smoke. Lola joins other celebrity mothers like Tiwa Savage who posted a video of her enjoying shisha in a night club, last year.

A fan wrote: “Everything is wrong. What’s she teaching the younger ones looking up to her. Besides, cigarettes is 99.9% harmful and 0.1% USEFUL. How about that?”

Another one said: “Sorry Mr P, you really don’t deserve this no matter how you try to pretend. I’m very sure if you have another chance you would remarry, at least to someone you can control and not to detect for you.”

“A smoking wife cannot give good advise!” a fan said while another concluded Lola Okoye was the cause of the Psquare break up!

Meanwhile, those who rose to her defence wrote:

Adorable_tom said; ”She is happy, husband happy. Entire family happy. So free them 2018.”

Ologeoju_beads wrote; ”At least she is having fun with her hubby.”

mresbee@toluzbaba ”I just tire for them bro. So many pressing and disgusting national issues but it’s someone living his/her life the way the choose to live (their lives o for that matter) that will be their cup of tea.

2018…we really need to change the way we think and act first before going to our leaders for anything. If not, we are not ready yet and we haven’t even seen nothing yet. A word is enough for the wise like the elders say.”