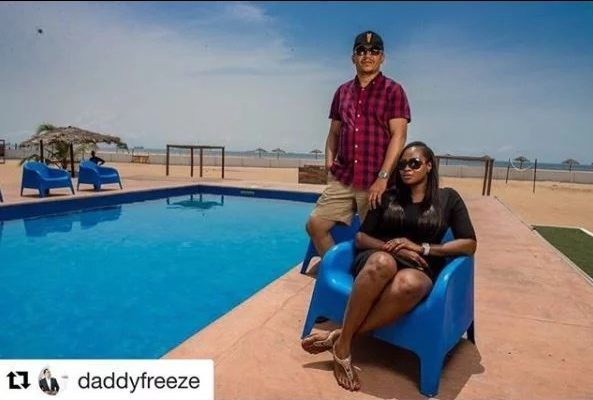 Benedicta Elechi, is the current partner and baby mama of Cool FM’s media personality, Daddy Freeze. Previously married to one Paul Odekina, the executive manager of Human Resource at Total E&P Nigeria Limited, Benedicta reveals why she ended her 10-years marriage with her ex.

The mother of one stated in an explosive interview with LIB that during their union they only made love just eleven times in 10 years, until she caught him red-handed in gay sex with a man in their living room.

”I filed for a divorce from him because of his sexual perversion and there’s a point where you get to as a human being when you realise that something or what is your aim is never going to work.

Because when I signed a contract to marry him, I believed I was marrying a man that shared the same type of sexuality with me.

Don’t get me wrong, I do not have any issues with people that have different sexual orientation but when you come and say you want to get into a marriage contract with someone, you both have to share the same sexual orientation.

So when you get into that marriage and find out it wasn’t what you bargained for, it’s like you were tricked into the marriage. The marriage is a sham.

For example, we got married in 2002, I filed for a divorce 2012. For the period of 10-years that we were married, we actually had sexual intercourse just 11 times in 10 years.  He never let me sleep in his room, I have to stay in my own room.

He would only come to see me when he thinks we should make a baby.

Way into the marriage, I caught him red-handed in gay sex. I walked into him in our living room, at about 1:30, 1:40am with a guy I didn’t really know. But he obviously walked in with that person at that time of the night, and I walked into them in our living.

I can tell you it was a struggle. You are living in a society where as a woman you have to do everything you can to preserve your marriage. You can come out of it, you just have to pray, God can change things.

There are certain things that we need to know when God is talking to you. It’s a little bit emotional for me because there are a lot of women out there that have gone through what I went through and they can’t come out.

I’m sorry, but there are a lot of reasons I never wanted to do an interview. The pain that I went through is real and it can only take a lifetime to forget.

READ ALSO: Why Daddy Freeze May not Be Remarrying Soon When asked if she talked to her family or anybody about it, she said;

“When you feel that marriage is something both parties have to work on, You don’t want to bring a third party into it, so you can give him some time to change and pray about it.

And this is him begging you constantly, don’t leave me. If you do that am going to kill myself. I will commit suicide, I don’t want you to tell my parents or your parents about it. I promise you I’m going to change.

You would desperately believe that this person is going to change because you want your marriage to work, and you just find that the years are going by, you are in it, you can’t come out.

Who do you really want to tell? It’s a stigma and then you have kids, you don’t want them to be laughed at in school.”

FFK’s Estranged Wife, Precious Makes Desperate Call On Mothers To Lend Their Voices In Her Fight To See Her Kids 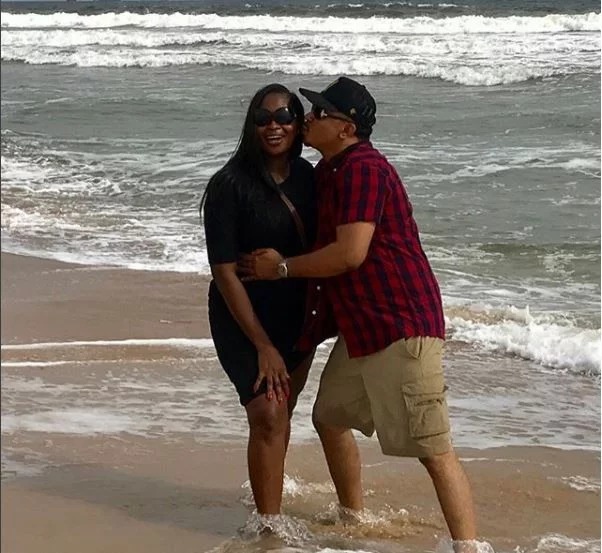 When asked if she has any evidence to back up her claims that he was gay while they were married, she said;

“There were some text messages I saw on his phone which he sent to a man he actually brought home for dinner I made for them.

When I saw the text messages on his phone, I was livid. I had to confront him with it. You can’t bring someone to the house and tell me he’s a guest that I should entertain him, and this is actually what you do, this is the kind of relationship you have with this person.

Why are you punishing me, and why are you doing this to me. If you know this marriage is a sham, then let me go.

READ ALSO: ”I saw you call the mother of your children useless”- Timi Dakolo Fires Back at Daddy Freeze & He Reacts

I said to him, is this what you really do, you would bring somebody to the house, for me to feed for dinner and this is it. You are in a sexual relationship with this guy.”

Meanwhile, Freeze and Benedicta who have been together for several years and currently living together have a son together.