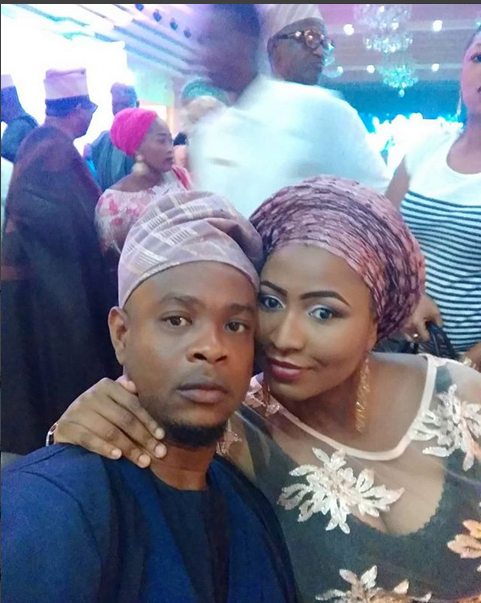 Why “It Is Extremely Ignorant To Expect All Women To Eventually Be Mothers.” – Nse Ikpe-Etim On Motherhood Being A Choice

Femi Brown, the husband of TVC ‘Your View’ show host, Morayo Afolabi-Brown has painfully cussed out at a cleric, Reverend Jesse Agbon Joshua who has consistently trolled and called him a paedophile while accusing his wife, Morayo of trying to cover up for him.

The cleric tagged Morayo in an offensive manner, and called out her husband to stop preying on the innocence of little kids.

See his accusations below:

READ ALSO: My Husband Is Not A Paedophile& TVC & Your View Host, Morayo Afolabi-Brown Replies Trolls 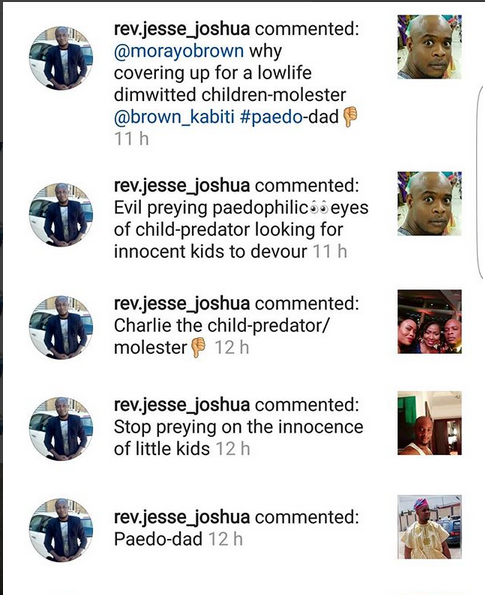 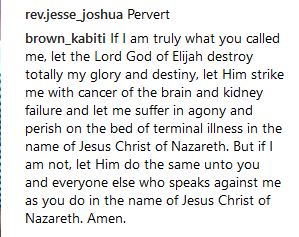 READ ALSO: See The List Of Married Men That Should Never Be Allowed To Bathe Their Daughters According To ACP, Abayomi Shogunle

Responding to the accusation against him, Afolabi-Brown cussed out at the cleric saying:

“@rev.jesse_joshua If I am truly what you called me as shown above, let the Lord God of Elijah destroy my glory and destiny totally, let Him strike me with cancer of the brain and kidney failure and let me suffer in agony and perish on the bed of terminal illness in the name of Jesus Christ of Nazareth. But if I am not, let Him do all these  unto you and everyone else who speaks against me as you do in the name of Jesus Christ of Nazareth. Amen.” 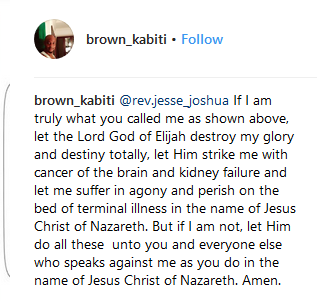