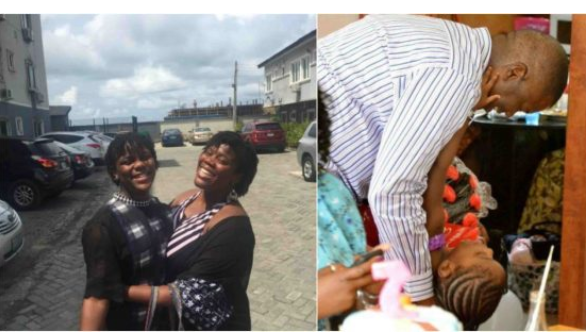 Comedian & Dad-Of-2, ‘I Go Dye’ Inspires Hope As He Recounts His Days Of Little Beginning

A Nigerian young woman has told a heartwarming yet hilarious story about her dad’s reaction after she told him she was pregnant while she was still in College in Canada.

According to the Twitter user, @Imoteda, her father immediately disowned after she told him about the new development.

In the post, Imoteda revealed that she was initially scared to inform her parents about her situation. But when she eventually summoned courage to do, it was a different ball game with her father who threatened fire and brimstone for bringing shame upon the family. However, things finally turned around for her 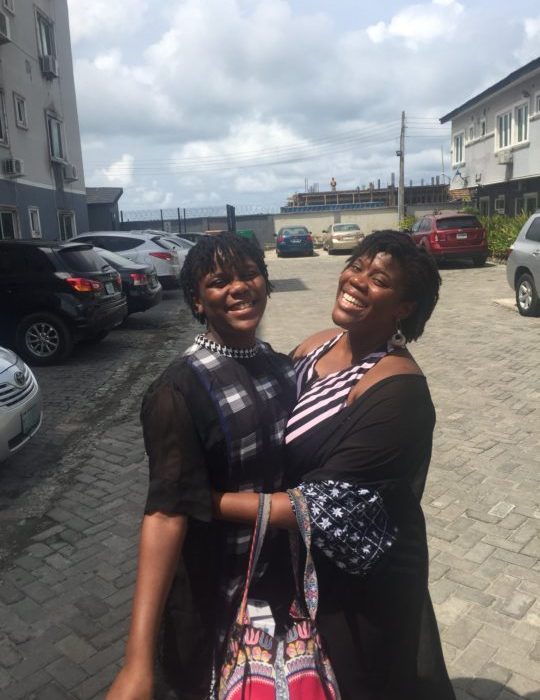 Imoteda, who is now a mom to a cute baby girl, made the post on Father’s day in recognition of her father’s impact on her life and to celebrate him on the special day. 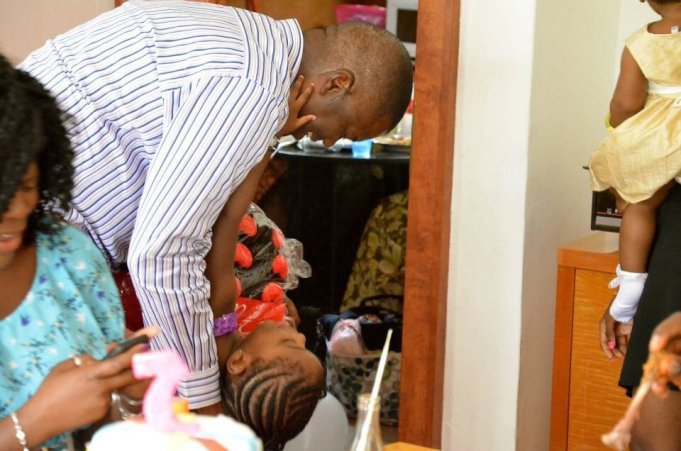 SEE ALSO: Family World With Paula – Season 1 Episode 6: Fathers On How They Are Parenting Today

”Left my house cause the internet told me stores open at 7:30 am. The internet lies.

But since I’m here and it’s Father’s Day let me tell you how my dad disowned me when he found out I was pregnant.

After spending a summer fornicating (mostly safely but I was young and stupid and one particular day I drank a whole bottle of vodka… anyone!)

Went back to uni in Canada and like a week later had a random fever and backache. My first thought was… “oh shit I’m pregnant!”

But being mature you said if I ignore it o ma disappear. Just don’t think about it. So I left it for like one week.

Then I was like “okay it must be gone!” Bought a test from shoppers. That little fucker gave me 2 lines. I said “Nah b! You a liar. I’m going to the clinic”

Went to Uwaterloo clinic. My doc knew me well cause I’m a slight hypochondriac. I said, “Doc the rest said I’m pregnant!” Not that I’m pregnant you know.

20 minutes later doctor says “you’re pregnant. What do you want to do?”
Now I was STRONGLY pro-life.
So I had one option.

Called my boyfriend. This fool was HELLA HYPE! Talking about “we’re gonna be a family, this is dope, we’re gonna get married, you’ll be the best mom, omg I can’t wait!”
Stupid me I was like “Yea! I can do this! It’ll be great!”

But not so stupid cause Yoruba babe she

Didn’t tell anyone but him. Every damn day for two weeks I was like “call your parents!” And then I’d be like … or maybe just drop off the surface of the earth. Maybe if I pretend to die they never have to know.

I knew then that I was dead. Cause I’ll call you back can only ever mean I’m going to talk to my husband.

Like an hour later my father calls me. I literally haven’t moved in that hour. Sitting on my green couch with my phone in my hand.

My loving father: YOU HAVE DISGRACED US!!! YOU ARE ON YOUR OWN! YOU ARE NO LONGER A PART OF THIS FAMILY! DO NOT CALL US!!! GOODBYE!!!

My guy didn’t even give me space to speak, just shouted and hung up.

I cried and screamed. I literally curled up in a doorway and cried till my throat was raw.

Then I called my brother to tell him I was pregnant and disowned.

My older brother was just like “you’re pregnant? You don’t mean it!”
Then I was like please focus on the important part, I’m disowned!!!
Bless his heart he just shrugged it off… like “you know your father is emotional. Give him time. Are you the 1st to be pregnant? Abeg chill”

4 hours after disownment: Imoteda gets on her laptop. Still ugly crying between. Googles countries Canadian PR can move to. Mexico! Starts googling flight tickets and apartments and jobs.

My dumb ass really thought I was gonna move to Mexico pregnant and start a new life.

7 hours after disownment: now sitting in the dark rocking back and forth regretting calling my mom. Haven’t eaten since I called her and my stomach is screaming. So I decide if I starve long enough the baby will die and my dad will “un-disown” me.

8 hours after disownment: I’m laying on the floor in the hallway with the apartment phone and cellphone beside my head. My brother has called to make sure I haven’t done anything stupid.

My phone rings: it’s my dad. I stare at it like a snake. I’m not falling for this shit again.

I didn’t pick o! Cause clearly I’m daft.
He calls back.
Me: Hello sir (cause he’s now a sir as he’s no longer my father)
Dad: will you stay in school?
Me: YES SIR!
Dad: Okay. We will support you and your child. We love you.
Me: OMG THANK YOU.
*cue ugly tears again!”

SEE ALSO: Right Or Wrong? Woman, Zandile, Narrates Why She Fenced Off Her Entitled Distant Father

And that ladies and gentlemen is how for 8 hours a girl had no name cause her father disowned her.

Side note: I obviously promptly dropped out of school the next term cause who the fuck tryna be 8 months pregnant walking to campus???

Can I tell y’all how my dad was the most involved Grandpa. Calling after every doctor’s appointment. Did full photo shoot when I came home for Christmas. Did testimony in the church (clearly a special man)
Moved heaven and earth to be there for my delivery. He missed it by like 1hr.

Anyways. Shalla to ABA. We don’t always get along but he loves me (all his kids) more than life and does the best he knows how.

And he is the absolute best grandpa to Rayne. Forever spoiling her. Happy Father’s Day daddy!!! (He’s blocked so he’ll never see this. Lmao)

So this thread was about dad but I gotta shalla to my mum and my Aunty.

1) Mum- I asked her how she could let him disown me. Mumsi said that’s his own business. She did not disown anybody. Lmfao. My guy was carrying a shoulder.

2) Mummy Lamide- my dads older sister. Mumsi called her to tell her that her brother is turnioniown. My Aunty wore gele and wore wrapper and came to tackle her brother.
She apparently tore into him (my cousin gave me the gist with glee, no one talks to my dad anyhow)

She went all the way off and was like “you can disown her and we will disown you too! Are you not happy you have a daughter that can talk to you! What if she died trying to get an abortion… etc etc etc”

Left my house cause the internet told me stores open at 7:30am. The internet lies.

But since I'm here and it's Father's Day let me tell you how my dad disowned me when he found out I was pregnant.