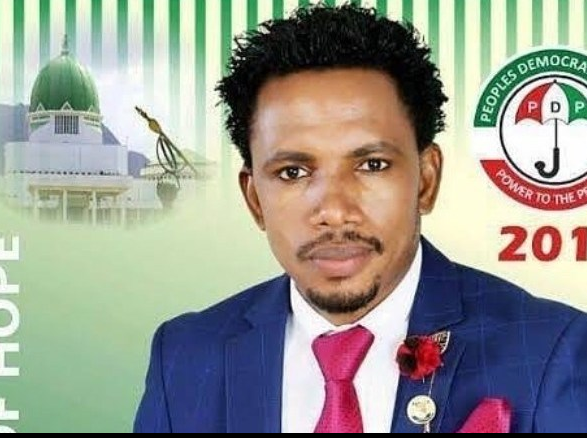 The Inspector General of Police (IGP), Mohammed Adamu, has ordered the arrest of the Senator Elisha Abbo and his orderly for allegedly attacking a yet to be named woman at a sex toy shop in Abuja over the simple statement – ‘Take It Easy Now’ (read the story here).

According to a report from News Agency of Nigeria, NAN, investigations are currently ongoing at the Federal Capital Territory police by an investigative team set up by the Police Force headquarters in Abuja.

The assault reportedly happened on May 11, 2019, nearly three months after he became Senator-elect. The news of the assault went viral after a video recorded by the Close Circuit Television (CCTV), installed in the shop was shared on the social media yesterday, an act which is said to have embarrassed the police authorities.

The Police say they are doing everything within their powers to restore dignity to the force, following the conduct of the police orderly attached to the senator.

According to Police sources, the incident actually happened in a sex-toy shop in Abuja, where the senator had gone to make purchases with three other women.

The video which has been circulating the internet shows the angry senator beat up the woman in question, and ordered his police orderly to take her away.

READ ALSO: “I stand with you babana” -Senator Elisha Abbo’s Loyal Wife Reacts To The Viral Video Showing Her Hubby Assaulting A Nursing Mom At A Sex Toy Shop

In a swift reaction to the viral video, the married senator claimed the video was distorted, insisting that he was not a Senator at the time of the incident and suggested that the footage was doctored. Speaking to the Daily Sun, Abbo stated:

“There is a video of me on social media. Let me state very clearly that when it happened, I was not a senator. It happened a long time ago.

There is an aspect of that video that they took off. They didn’t show where my sister who accompanied me there collapsed and had to be rushed out in an ambulance. But we will provide our own response soon.”