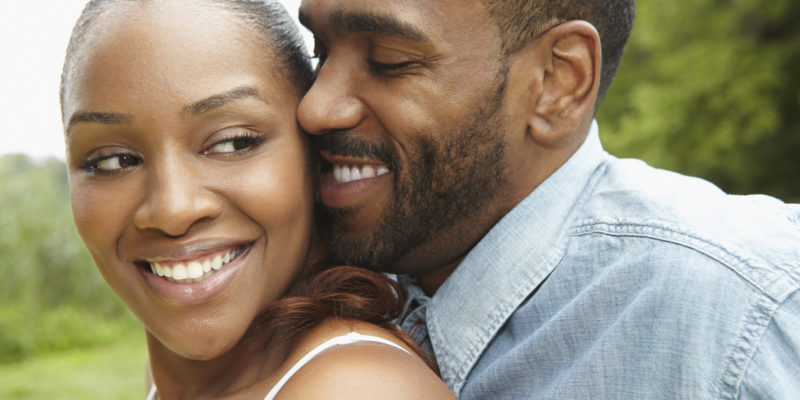 So, I decided to share my story with the house today. While it is true that a high percentage of men who are beasts and cheat on their girlfriends and spouse, it’s also equally true that there are men who are faithful.

A major problem with the female gender is that, most women so want to marry that they are willing to take almost anything from a man. They never sit back and ask themselves serious questions like…

READ ALSO: Not All Men Are Beasts Series: My Husband Has Been Nothing Short of a Blessing

What can I not take in a relationship?
Can I be the sole breadwinner for a real long time and still respect my spouse?
Can I stay with an unfaithful man?

When I met my husband, he was in his late 30s and is over 10 years older than me. I’ve always wanted to marry a much older man and so I was comfortable with the age difference. Then, he was one of the most sort after bachelors in his Church, whilst I’d just joined Church during my NYSC. The only relationship I was ever in had ended months before I started dating him.

Whenever I paid him a visit, we gisted a lot about everything. He loved politics (especially international politics) and I loved politics too. Actually, I can hold my own in any kind of discussion or topic. We had lots and lots to talk about apart from sharing the word with each other. However, I began to feel a bit awkward whenever we spent time together, that this guy won’t even hug me tightly, give a peck, squeeze my hand or anything like that, for that matter. It’s not like I thought he had a problem, it’s just that I so wanted him to kiss me and hold me close. I began to conclude that he really wasn’t into me but he would not let me be. He hardly came over to my place where I was living alone. He would always want me to come over to his.

READ ALSO: Not All Men Are Beasts Series: My BestFriend Is An Angel in Human Form

We would see every single day and spend some time together either in church or at his place on my way home from work. Everything was going fine but the physical intimacy aspect. I could access his phone whenever I wanted and all of that.

Meanwhile, there was time his sister in law due to a misunderstanding between him and her husband, made jest of him that he’s jealous of them because they have kids and that he must be impotent for him to still be single. I even told my mummy who told me to be observe if there’s anytime he gets an erection. I really didn’t know how to do that part. Was I supposed to be staring at his crotch? LOL!

Anyway the first day he stepped into my apartment and was going to leave without even a kiss, I told him I didn’t think we felt the same way about each other. It was difficult but I sha told him he has never kissed me or even held me tight. He looked at me in shock and was like, so I didn’t notice the kind of struggle he has been having trying not to do just that. He said the year he met me, was the 12th year he had been celibate. He made a vow to God after having an encounter with God 12 years earlier that the next woman he would have sex with would be his wife and that he needed me to hold on till we get married. Then he said, (I can never forget this part), “I want to make love to you until you turn green but we have to wait.

Jesus, by this time I could not blink, I could not breath and I could not close my mouth. At least for the first time, he held me very tightly and my, the erection was huge.

Long story short, he is still the same kind of man. He always says his faithfulness to his wife is first to God, before his wife. In order words, he is not doing his wife a favour by being faithful. Faithfulness is what his God expects of him. We actually use our phones, ATM cards and other stuffs together. Which is why I don’t understand when some couple argue about phone matters. In fact some of our acquaintances don’t actually know who has which number because we just call with whichever phone is closer. We didn’t discuss any of this, we just found ourselves living like that.

I always knew, I will never stay with a man who is unfaithful. I was not fashioned to endure such. I am a fierce lover. I put in my ALL and I don’t expect less in return.

This same man is always with me in the kitchen. In the morning he baths the kids, while I’m making breakfast and packing their lunch bags before we leave for work. In fact as a student, I never cooked, and as a single girl I wasn’t cooking either. I either ate out or ate in his place before going home. Don’t believe those who say that all men are the same. We are raising our soon-to-be 6 year old son to be a hands on man who will support and celebrate his wife in every way and to know that faithfulness is first to God and then to your wife. It’s our prayer that he and his sisters will keep themselves for their spouses alone. Is it possible? Yes it is. Our son is going to be the best any woman would ever have.

>READ ALSO:Not All Men Are Beasts Series: My Husband is a Rare Gem!

The sons of those women who believe it’s a man’s world and a good wife should endure a cheating husband will not see our daughters. God forbid! We are raising strong women that will stand up for what they want/believe. To the women who may not be having it like this, raise your sons well, let’s break the circle and help our daughters have a beautiful home.