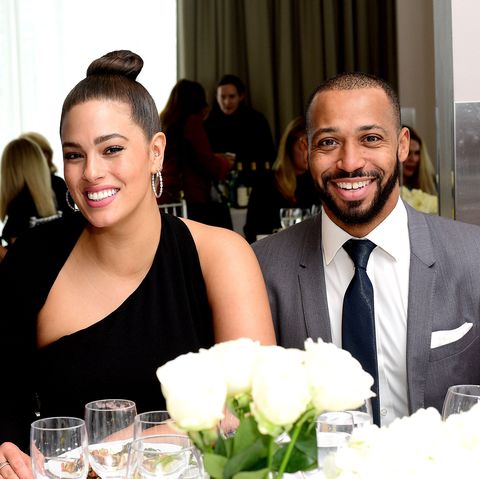 Writer/Mum, Chimamanda Adichie Tells Why Her Campaign For Women Will Not Be Silenced

Sexual intimacy registers differently in the subconscious of every individual, however, most folks would like that the idea of performing a sex act be clearly separated from their religious consciousness. The last part is not true for plus-size American model, Ashley Graham and husband, Justin Ervin who have been married for nine years now.

In a recent interview, Graham said that sex and faith go hand in hand and says that in her household, prayer is a form of foreplay.

The 32-year-old model, who has been married to her husband Justin Ervin for nearly a decade, is currently expecting her first child and says that her marriage has never been stronger.

According to Ashley, the key to keeping the fire lit in their union over the past 9 years has been their connection with God. In a recent interview with Lily Singh, Ashley shared:

“[My husband Justin Ervin] and I have prayer nights together, because I like to do meditations and prayer and so does he on his own — but then when we do it together, it just feels more powerful,”

READ ALSO: 6 Things TTC Mums Want To Know (But Are Afraid To Ask) About Baby-Making Sex

Graham said that when the lights go down, the worship music goes up,

“And we’re like: ‘Hello!’ And next thing you know — after we pray, because we have priorities — we rip it off. It’s a great bonding experience for both the spiritual aspect and the physical aspect.”

Graham previously opened up about both her prayer life and her sex life in an interview with Elle in February.

“When you fast and you pray, it’s bringing more sensitivity to hear from God,” she said. “That’s exactly what we wanted; we were like, ‘Okay, we want more sensitivity to be able to hear from God in the big decisions that we’re making.’
We do it together because there’s a verse in the Bible that says, ‘Where two or more are gathered, He is in the midst.’ So as we do it together, it just makes it even stronger.”

When asked how she and Ervin continue to keep the spark alive (they’ve been married for eight years), Graham answered:

“Just have sex! Have sex all the time. Even if you don’t feel like it, just have sex,”

“I have found that if we haven’t had sex, we get snippy, and then if we are having sex, we’re all over each other. For us it’s like, ‘Oh, let’s have sex.’ And then we’re just right back in a great mood.”