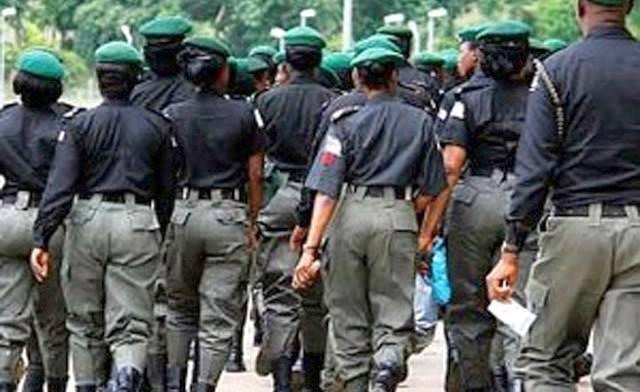 The increasing global awareness in favour of gender equality is paying off and female officers in the Nigerian police force will now benefit from the reforms that the advocacy is creating. A bill seeking to expunge the police act which compels female officers to desk duties, prevents them from drilling under arms, compels them to apply before they get married and discipline those of them who get pregnant, has passed its second reading on the floor of the senate. The bill which seeks to expunge the gender-discriminatory provisions of regulations 122,123,124 and 127 was sponsored by Senator Ezenwa Oyewuchi, the lawmaker representing Imo east.

In his lead debate, Senator Oyewuchi argued that the regulations which reinforce gender discrimination covers various spheres of policy and practice ranging from language, recruitment, training and posting; to marriage, pregnancy and child bearing.

“This bill seeks to amend the police act (Cap P19), laws of the federation of Nigeria, 2004 by expunging the gender-discriminatory provisions of regulations 122,123,124 and 127.

The examination of gender issues covers various spheres of policy and practice ranging from language, recruitment, training and posting; to marriage, pregnancy and child bearing.

Many of the police regulations, particularly regulations 122, 123,124 and 127 are overly discriminatory to female police officers.

Since a male police officer is not subjected to the same inhibitions, the current regulations are inconsistent with section 42 of the constitution and article 2 of the African Charter on Human and Peoples’ Rights which have prohibited discrimination on the basis of sex.

There is a need to expunge the regulations because they are not justifiable in a democratic state like Nigeria which has domesticated the African Charter on Human and Peoples Rights”.

Contributing to the debate, Senator Smart Adeyemi stated that women must not be treated as second-class citizens.

Daughter Of Ex-Oyo Governor, Abisola Ajimobi Kola-Daisi Wants Other Women To Take A Cue From From How She Spoils Her Husband

“I find it difficult to comprehend that we have these provisions in the police act. I am sure they must be carry over of colonial masters provisions of the police.”

Stella Oduah, senator representing Anambra north in her own contribution expressed shock that the bill is not coming from the police. She said;

“The fact that this bill is not coming from the police, I am very shocked.”

The bill which passed its second reading was referred to the police affairs committee by the Senate President Ahmed Lawan, who also directed that they report back in four weeks.