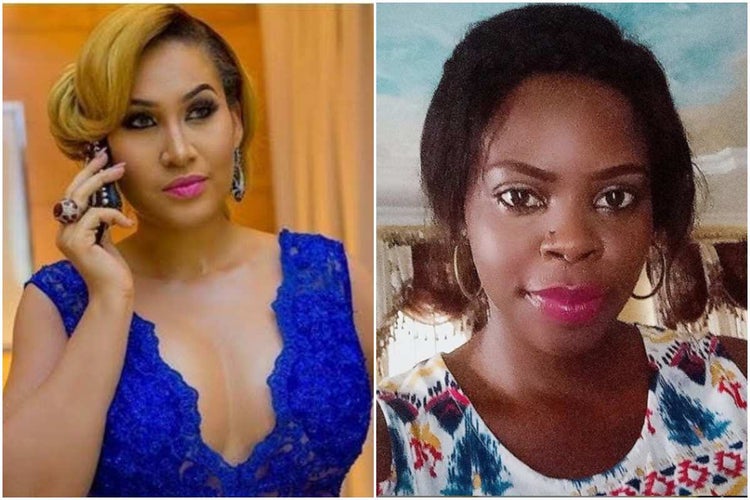 Celebrity Mum, Caroline Ekanem Tells Her Side Of The Story After Former Employee, Alexander, Called Her Out On Social Media

A Nigerian woman identified as Oyindamola Alexander is clamoring for justice after what she calls an unfair treatment by her boss, actress, and mum-of-three, Caroline Ekanem, formerly Caroline Danjuma.

She alleges that while on her sickbed at the isolation center in Lagos, the actress fired her without a care for her life, despite being aware that she had been exposed to the disease by the actress’s son. The distraught woman shared screenshots of her chats with the actress as proof that her son had been taken into isolation as the actress directed her over Whatsapp to manage the home in her absence while she was with her son.

So I was discharged and as much as I should be happy. I feel helpless

The challenges of the disease and the treatments that came with it made her suicidal she says and the stigma that came with it was overwhelming, and while she tried to look past been fired by Caroline, she said it shocked her to hear the actress threaten her and deny as well that Solomon did not first test positive for COVID-19 upon his return from the UK.

My page was created some years back.

Little did I know that life is going to throw an experience of gross injustice and dehumanization on my lap through a woman I would work for.

I have been badly treated but this particular one breaks me.
I think I am strong but my choosing not to speak up is dragging me into depression.
I have been one person that advocates for people speaking up to heal.

And for once I decide to state my plight and be heard.
I did not only have to deal with covid19.

I have also been going through intense level of frustration from my boss. Who did not only sack me on my sick bed even though I got the virus from her son who she flew in from london prior to the lockdown.

but going all out to intimidate me with false accusations and lies. I was ordered by relatives to not even mention I had covid19 not more of staying my struggles especially the I’ll treatment for my boss.
I am trying to hang on and pray I get justice and an end comes to this oppression

So even though I was depressed and almost suicidal after dealing with covid19 and also the maltreatment from Caroline danjuma.

I was ready to settle for peace sake until she has been threatening me even after being discharged from isolation. Saying her son never had covid19 is the height of oppression and dehumanization on anyone. Knowing fully well I was exposed to her son who tested positive first.

And the ncdc insisted we come for test. I will drop all my screenshot starting from while she was in isolation.

But instead did all she could to relegate me and intimidate me to feel like a nobody while in her house.
I won’t choose to fall into depression rather I will speak until I’m heard.

Oyindamola also shared that she now fears for her safety and told of how much hurt it is causing her that news sites have decided to treat her story as just another opportunity to bring traffic to their pages, painting her as the villain in a case she maintains she is the actual victim.

A lot I wish I can say.
I woke up this morning to the news on punch.

Obviously punch wrote the story like I had come to them to create media attention which I never did.
After my survival. Because I had also been unjustly treated by my boss and fasely accused of theft, I took to my pages to speak out my pains.

Never mentioned any name. Concerned Nigerians heard my voice and promised to join me to speak for justice.
I was contacted also by punch and they asked for my side of the story which I told in all honesty.

Apparently they contacted my boss who told her stories in so much dishonesty.

Punch published the story without asking me the truth about her accusations,. I was devastated when I saw the punch story and it dawned on me that the jokes on me.

They were not concerned about my plight.

I was just another story to draw attention.
Likewise @instablog9ja .

Maybe one of the concerned Nigerians who felt my pain contacted her I can’t say. But I have never spoken to @instablog9ja in person.

Now I fear for my life because I heard that my present location has been constantly requested from my agency.
??????.
I am the victim not the villian. I wish I can scream it loud

See the screenshots of the chats she had with Caroline while her son was allegedly isolated:

See one of her original posts: