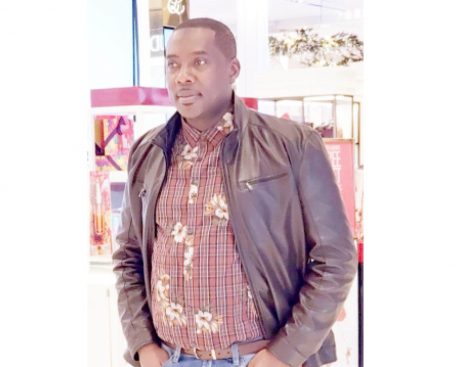 In an interview with DailyTrust, Alhaji Garba shared his experience while on admission for the deadly virus, and how he survived it.

How did you feel when you discovered that you were  positive?

I was in the ICU and the moment I regained consciousness after 24hrs, doctors came and told me about coronavirus. They asked if I knew anything about the virus.

What was your response?

They now explained to me that pneumonia was the major problem I had, but I was found to have COVID-19. I was calmly thinking in my mind and what came to my mind was that I was not going to survive it. I started thinking of how to focus on doing more salats.

How much did you pay for care at the hospital?

I did not pay a dime. I was not asked for any money rather, I was asked to maintain communication with my doctor in case I needed prescription. They called every day to check on me and get update on my condition.

It was gathered that you engaged on self-medication before going to the hospital, what’re the medications you took, and how effective were they?

Yes, the moment I started feeling feverish, I started taking ginger, garlic and some concoctions. What were the major symptoms you had? I had severe headache, fever, constant coughing and heavy mucus in my chest. I could feel it but could not bring it out. The worst of all was dryness in my throat and I was thirsty all the time.

Can you tell us where and how you contracted the virus?

That’s a hard question to answer. I attended a wedding at Staten Island, and after a few days, we heard that somebody who also attended the wedding died. After that, we heard another person died as well. When I discovered that a few people from that wedding were falling ill, I connected the dots.

I then isolated myself for three weeks; doing things I believed would prevent me from getting sick, but I did not succeed, unfortunately. It must’ve happened at the wedding because many people got sick; some recovered without medical attention, and some died. It was after 10 days and a heavy dose of medications that I regained consciousness.

So, do you believe that social distancing can check the spread of the disease?

It’s like this; you shake your very good friend with good intention or collect something and the person doesn’t know if he/she has it. That’s where the problem begins. The best way to fight it is to maintain distance as much as possible.

Tell us about the pain you experienced battling the virus

It was excruciating; it cannot be described. It was extreme dryness of the throat; no amount of water could help me. It felt as if a bunch of nails and glasses were in my throat. I was supported by heavy oxygen for breathing. At that time I’d already given up. I never knew that I would make it.

What was the death toll from COVID-19 in the hospital where you were admitted?

I cannot confirm that because I did not have access to such information.

SEE ALSO: Nigerian Nurse At The Front-line Of The Fight Against COVID-19, Ada Erema, Sets The Record Straight For Nigerians Who Still Think It Is A Hoax

What’s your message to Nigerians on the COVID-19?

Nigerians should take this thing seriously because from the look of the things, it is not yet over. When Italy was hit, nobody thought America would be affected in such a way. Citizens need to protect themselves.

Reports have it that the virus is killing many Blacks in America; what can you say about that?

It appeared to be so, especially in the area where I reside.