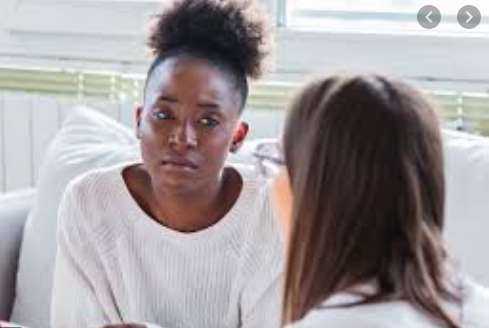 COVID-19: ‘Many Nigerians Are At Risk Of Vision Loss’ – Eye Care Experts Warn

Three Nigerian women, Mrs. Racheal Anuforo, Ifiok Emmanuel and Christinah Otun, have shared their experiences of the tortuous journey to having children of their own and their hope that one day, the seemingly impossible will become possible.

The case of Mrs. Anuforo, a housewife, exemplifies the heavy burden women trying to become mothers are carrying.

At 62 years, Mrs. Racheal Anuforo still keeps hope alive believing that, despite her age, she will one day conquer her childlessness, either by a miracle or through in-vitro fertilisation.

An in vitro fertilization, also known as IVF, is a process of fertilisation where an egg is combined with sperm outside the body, in vitro. The process involves monitoring and stimulating a woman’s ovulatory process, removing an ovum or ova from the woman’s ovaries and letting sperm fertilise them in a laboratory.

For 22 years now, Mrs Anuforo says she has been hoping to have her babies. Narrating her experience with PUNCH HealthWise, the sexagenarian said,

“I got married in 1998. After one year of my marriage and pregnancy was not coming, I was worried. In 1999, my husband and I decided to visit a gynaecologist to find out what was wrong.

After a medical examination, the doctor found out that my husband has a low sperm count. So, he gave him some drugs and assured us that everything would be fine.

But my husband took the drugs for a while and stopped when I still did not get pregnant. I persuaded him to continue, but he refused. In 2003, I went back to the hospital. This time, the doctor said my fallopian tubes were blocked. I was so devastated to hear the report.

He, however, said I could still have babies through IVF since my husband and I both have issues. When I told my husband about the IVF treatment, he was doubtful about its outcome.”

“In 2007, my sister who works in a hospital assured my husband that IVF is okay but he refused to listen.

Determined to have my babies, I decided to give the treatment a try in 2014 but was told to bring a million naira for a single cycle, which I do not have. I am only a petty trader, but I am believing God for the money.

Recently, I heard about a 68-year-old woman that delivered a set of twins through IVF. I believe my own will still come.”

The story of another woman, Mrs. Ifiok Emmanuel, also a 42-year-old and self-employed, is not much different from that of Mrs. Anuforo. She has been married for 10 years without an issue.

Mrs. Emmanuel narrated how she goes through emotional trauma every time visitors and unsuspecting members of the public ask after her children.

“The fear of telling them that I don’t have a child is tormenting on its own,” she recalled.

Mrs Emmanuel disclosed that she has gone for several medical tests in different health facilities to find out what to do. Her problem, she said, was attributed to hormonal imbalance. She said:

“When I couldn’t conceive at the early stage of my marriage, I became worried. I wasn’t really under any form of pressure at all because I have the best in-laws and family members anyone can ask for.

“My hubby is also the best gift ever. He encourages, listens and supports me all the way.”

However, after two miscarriages midway through her 10-year union, she was compelled to return to the fertility specialist.

“I was diagnosed with high prolactin level which results in hormonal imbalance. My hormonal profile was checked. I went through Hysterosalpingography (HSG) thrice and was placed on different fertility drugs,” she noted.

HSG is an X-ray test to outline the internal shape of the uterus and show whether the fallopian tubes are blocked.

Emmanuel has since visited four other fertility experts to boost her chances of conception without result. Although the 38-year-old said she has not done any surgery since the time she discovered her hormonal imbalance, she nevertheless said she has decided to undergo an in vitro fertilization.

According to her, she has already expended over N2m on drugs, tests and treatments in several health facilities.

“I have had my fair share of hard moments where I had wanted to end it all. Honestly, it’s an expensive venture. One that drains you both physically, emotionally and financially. It is not something one should wish even for one’s enemy,” she said.

On her advice to married women passing through the same experience, an optimistic Emmanuel encouraged them to be strong, adding that “God’s time is the best.”

“It is not an easy venture but it takes only the strong to stand till the end,” she opined.

However, for Mrs. Christinah Otun, her struggle to have a child is still baffling to her.

Otun who got married in 2009 said she never would have believed she would struggle to conceive after she got married.

She explained that she got pregnant severally but terminated them while she was still in the university. The last pregnancy she terminated (that of twins), she said, was in 2008. Christinah recalls:

“It was at that time I met my husband. Though he wanted me to keep the pregnancy but I refused.”

“The first one clicked. I was pregnant for three months but I reacted to it and I lost the baby. The last one that clicked too I was closely monitored but eventually, I lost the baby too.”

In 2018, Christinah became pregnant without assisted reproductive technology when she travelled to the UK but lost the pregnancy. She said:

“I didn’t even know I was pregnant but by the time I got to Nigeria, I realised my luggage was missing and that got me stressed. A few days after, I saw a heavy clot of blood coming out of my body.”

The struggle has been emotionally, physically and financially draining for her-the 11 years of waiting, the failed IVF and the miscarriage, yet she is still hopeful. Christinah who is in her late 40s added:

“The experience is surprising to me because during my early days in school, I was getting pregnant but I’m still hopeful. Even though, I think age is one of the reasons for the delay.

I’m also considering having an IVF again but it’s costly. I have spent approximately N10, 000,000 for the ones I did excluding the tests, medications and injections.

“If I eventually go for another IVF, I’ll make sure I take a break from work, travel abroad because the last one I did. I resumed work immediately, I was driving and I was stressed.”

However, the Chief Medical Director, Medical Art Center and Joint Pioneer of IVF-Embryo Transfer in Nigeria and West Africa, Prof. Oladapo Ashiru, in an interview with PUNCH said having an abortion doesn’t usually affect fertility except “if the abortion has damaged the uterus or done by someone who is not an expert.”

The expert said the price for IVF ranges from $4,000 to $15,000 globally. He said the reason for the price is because most of the things used for the procedure are imported and the drug cost in America and Britain is very high. He said:

In terms of the success rate, Prof. Ashiru said it is at 35-45 per cent and it could be 50 per cent in some cases. He added:

“It’s also very high in the young adults that have IVF due to some other issues. With ongoing researches, IVF will be 95 per cent successful in the next 10-15 years.

“Globally, there are excellent centres and there are average centres. By that, a good IVF centre in Nigeria is as good as the one in America or India.”

He, however, said some pathological conditions can serve as a major limitation to a successful IVF. He stated further:

“Some patients who come for IVF sometimes have pathological conditions such as fibroids, polyps (small fibroid inside the uterus).

“Age also contributes to infertility. Right now, we have a lot of late marriages and when they marry, they don’t seek medical advice when they are trying to get pregnant.”

He noted that toxins in the environment can also affect the fertility of the woman and the sperm count of the man.

“Toxins in the body like when a man uses artificial sweeteners instead of sugar can affect fertility; women that take stockfish should know that it contains mercury, which is used as a preservative and the mercury is an enemy of conception.”

“For women that drive bare-footed, the rubber lining on the pedals contains some heavy metal that is toxic to the embryo.

“Also, pesticides and insecticides affect the fertility of women and this can go from one generation up to the third generation.

“If you spray the house, you must stay away for two hours before going into the house. If you are on the farm and you use pesticides, you have to stay away or you cover yourself.

“Most important are the toxins that occur in the oil and gas industry especially for people who live in that area, the effusion in the industry are all toxins to reproduction.”

He, however, recommends that people who want to conceive should treat their bodies as though they are expecting a special visitor. The specialist further stated:

“The man must clean the sperm about two months before conception, and the woman should tidy up too.”

“If you want to have a baby, you can the Mayr method of detoxification to remove the heavy metals, the pathogens. The woman can do body cleansing and destressing before going through it.

“Some people will go through IVF and will not make it but when they go through the Mayr therapy and come back, they get pregnant immediately.

“Also, you have to ensure that the IVF centre is up to date and they follow all the protocols.”

Also speaking with PUNCH Healthwise, a Consultant Obstetrician and Gynaecologist, Dr. Lateef Akinola, said the cause of infertility in Nigerian females, is usually due to blocked fallopian tubes as a result of pelvic inflammatory diseases from septic abortion.

Dr. Akinola who is the Medical Director and Chief Executive Officer of Medison Specialist Women’s Hospital, Lagos, told our correspondent that the prevalence of infertility worldwide is about 10 per cent while in Nigeria it could be up to 30 per cent.

“Other notable causes of infertility in Nigerian females include fibroid, endometriosis and previous gynaecological surgeries for fibroids, etcetera.

“In the males, prominent causes include sperm count abnormalities, azoospermia, low sperm count, impotence and testicular disease, among others.”

He said in the modern era, infertile couples are increasingly consulting fertility professionals to seek treatment. He added:

“In the past, majority of our women consult herbalists, pastors, soothsayers etc. but this is becoming lesser as our women are more educated about health issues affecting fertility including causes in both males and females.

“The cost of IVF in Nigeria ranges from N800, 000 to N1.5m for a single cycle. IVF success rate all over is about 35 per cent. However, some centres report up to 50 per cent or a little over that.”

On causes of IVF failure, the specialist said,

“IVF failures could be due to multiple factors including embryo, unconducive endometrial or uterine factors.

“Embryo abnormalities account for over 50 per cent of IVF failures which could be as a result of poor quality, genetic abnormalities, age of the eggs, abnormal placentation.”

The maternal health expert also assured that currently, there are no abnormalities in babies born through IVF.