Nollywood actress and mum-of-one, Ruth Kadiri-Ezerika has addressed the wild reactions trailing American mum, Jada Pinkett-Smith’s confession to having cheated during her marriage, and her husband, WIll Smith’s rather calm approach to the confession.

Will Smith, 51, has been ridiculed by a lot of social  media users for forgiving Jada’s cheating after she (48) admitted that she had an “entanglement” with August Alsina, 27, four and a half years ago when she was separated from Will.

Joining the avalanche of online opinions on the subject, Ruth Kadiri took a swipe at African men, saying they are the loudest voices against Will forgiving his wife.

She also said that the women wish deep down that they will have a man like Will who will forgive them, adding that forgiveness is a two-way street. 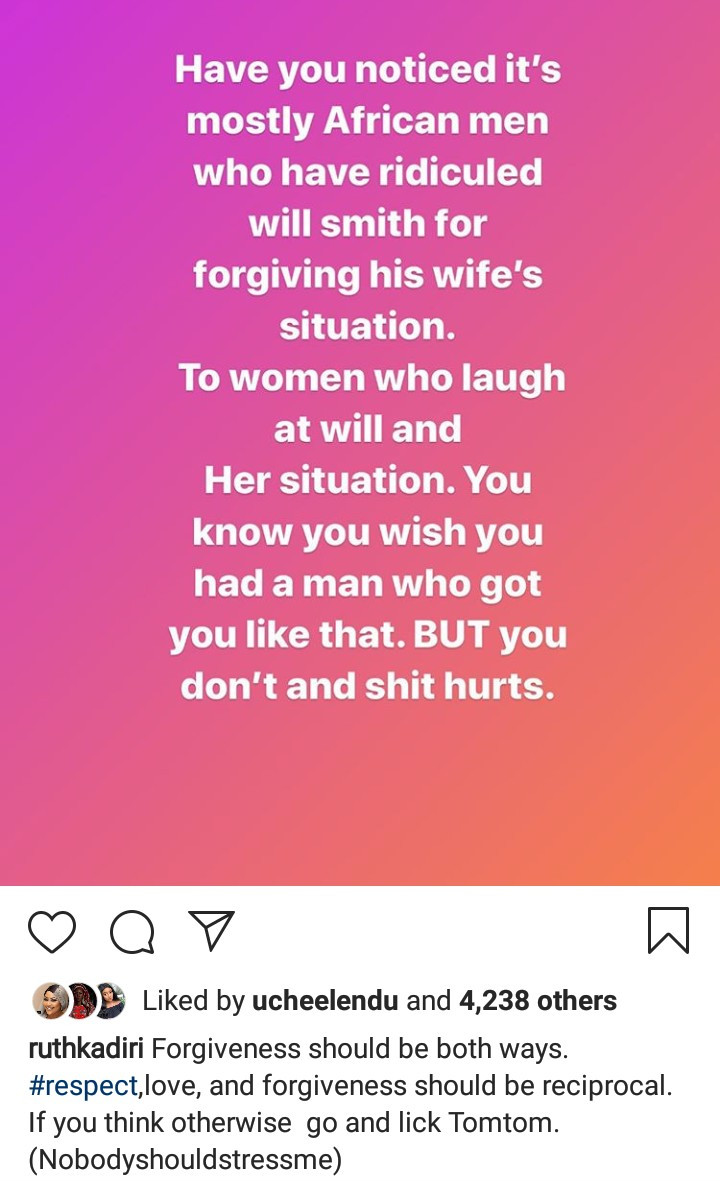