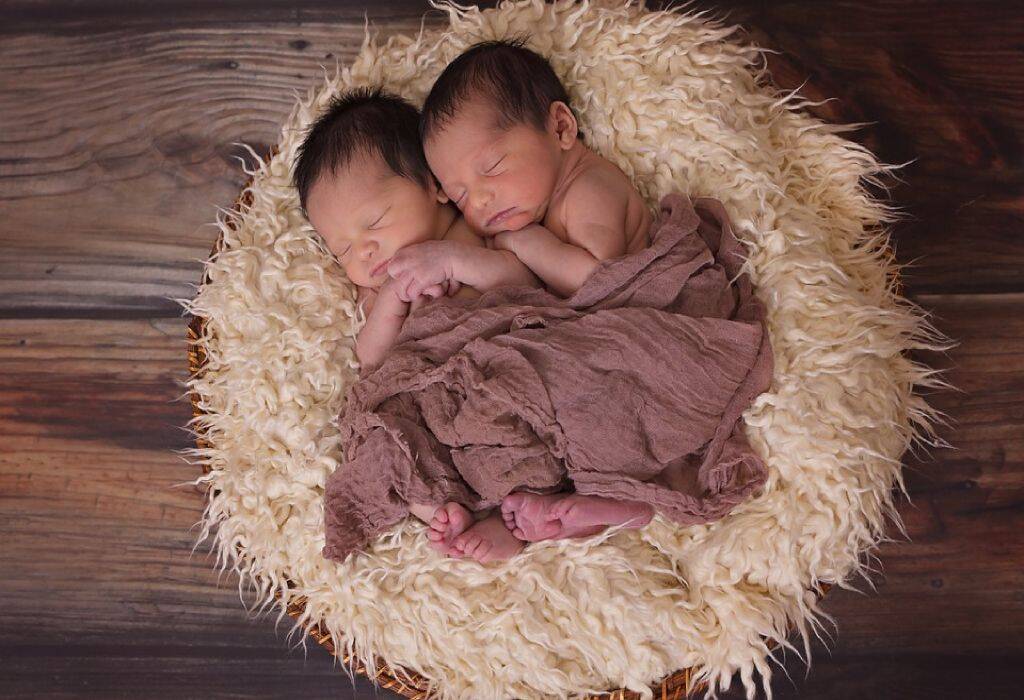 Medical experts have said that it is possible for twins conceived naturally to have two different biological fathers.

The phenomenon, they say, is known as heteropaternal superfecundation — a phenomenon that occurs when two different males father fraternal twins.

They experts say that in general, superfecundation is rare among humans but it is common in animals.

The phenomenon is also referred to as double paternity, even experts warn that the incidence may be substantially higher in small selected groups of dizygotic twin maternities, such as those of women engaged in prostitution.

Researchers describe superfecundation as the fertilisation of two or more ova from the same cycle by sperm from separate acts of sexual intercourse, which can lead to twin babies from two different fathers.

According to experts at the European commercial social networking site for scientists and researchers, ResearchGate, superfecundation is an extremely rare phenomenon.

“It occurs when the second ovum (released in the same menstrual cycle) is fertilised by sperm cells from separate sexual intercourse.

“Superfecundation can occur only when a woman has had sexual acts within a short period of time from one another,”

Again, experts at online platform, The Conversation, state that, for heteropaternal superfecundation to occur, the mother’s body must release two eggs during ovulation that are then fertilised by two sperm cells from two different men.

Speaking in an interview with PUNCH, Consultant Obstetrician and Gynecologist, Dr. Oluseyi Adelekan, said superfecundation occurs when a woman releases more than one egg during a cycle, such that if the woman has sex with two different men within the cycle, she can get pregnant for each of them. He said:

“So let’s say, she releases an egg today and another 24-72 hours later, and she has sex on those different occasions and the eggs get fertilised by different sperms.”

“Some women can ovulate more than once within a cycle, at intervals of few hours to few days.

“And these eggs released at different times can be fertilised by different acts of sexual intercourse, either by the same man or a different man.”

Adelekan, who is also a fertility expert, said though the condition is rare in humans, it has occurred in few instances.

“There was a white woman who had sex with her husband and was raped a few days apart by a black man. She got pregnant and delivered twins — one white and the other black,”

“It is common in animals and it has been found to occur a few times in women. It has occurred following an IVF.

“After transplanting the embryos into the womb, the woman also ovulated and got pregnant from the sex she had around that time.

“It is rare because nature has made it in such a way that once you get pregnant, you don’t get to ovulate again. However, on a few occasions, ovulation has occurred.

“I cannot say I have experienced any, because the only way to know is by doing Deoxyribonucleic Acid [DNA] testing to be able to know if the babies are from the same father; or we can do some other genetic testing to know if they occur at the same time or at different times,”

SEE ALSO: See Why The Birth Of Twins To A Chinese Dad Has Left Him In Utter Disbelief

“The only way it can happen is if a woman has two different partners around the time she is going to ovulate and in that particular cycle, she releases two eggs, then it’s possible.

“It occurs when a woman has two partners and one can do a DNA test to find that the twins do not belong to the same father,”

A senior Obstetrician and Gynaecologist at the Federal Medical Centre, Ebute-Metta, Dr. James Taiwo Odofin, added that superfecundation is a term used to describe when there is fertilisation of two ova — when two ova are being fertilised in the same menstrual cycle by different sperm.

“It’s not common and the ones we see in medical literature or the ones that are celebrated is very obvious.

“We also have fraternity twins (non-identical twins). Some of the twins that don’t look alike might even be products of heteropaternal superfecundation.

“It might be that the same man at a different point in time fertilised two different ova and it’s still different genetic makeup,”

Odofin noted that superfecundation is common in mammals and it’s better explained in them.

“For example, the domestic hen ovulates for like 10 days; so, at a different point in time, they can be impregnated,”

SEE ALSO: Superfetation: How This Mum-to-Be Conceived A Third Baby While Already Pregnant With Twins

He added that some people think heteropaternal superfecundation is not possible, “but we know that following fertilisation, there are some cascades of events that occur that tend to present further fertilisation.

“What can happen is that the fertilised ovum breaks into two to become twins or breaks into another two again to give you qadruplet as one fertilised one is already waiting and another fertilisation occurs.

“In medicine, we say ‘never say never.’ So, when someone is pregnant, there will not be any movement of the sperm again; but it is also possible that at different times, different sperm fertilised two ova that are released previously in the course of ovulation.”

According to him, cases of superfecundation can come to light when paternity is questioned and a DNA test is carried out.

“In my year of practice, I’ve not seen any,” Odofin said.

In his article posted in an online portal, babyMed, Grunebaum said superfecundation and superfetation are two rare but different events. He said,

“superfecundation happens when there are twins from ovulation on the same day with two separate fathers.

“Two separate eggs were released and fertilisation happens during the same menstrual cycle, usually within less than 24 hours of ovulation. The woman had sex with two different men within five days before or on the day of ovulation.

“Superfetation happens if there is a second pregnancy from two separate ovulations; this is usually weeks apart.

“The second ovulation can occur weeks or even months after the first.”

A study published in the quarterly journal of the Instituto Nacional de Salud of Colombia, Biomédica, showed that heteropaternal superfecundation is an extremely rare phenomenon that occurs when a second ova released during the same menstrual cycle is additionally fertilised by the sperm cells of a different man in separate sexual intercourse taking place within a short period of time from the first one.

“The frequency of these cases may vary, depending on the population’s coital rates and double ovulation rates,”

They said that few cases of heteropaternal superfecundation have been reported worldwide, possibly because not all the cases have been involved in paternity disputes, which decreases the probability of their reporting.

ALSO SEE: Nigerian Mum Who Had Twin Sons, One An Albino And The Other Dark Skinned Shares Her Dilemma Upon Their Birth

“However, the frequency of cases will probably rise with time due to the availability of molecular techniques that serve as a tool for the correct resolution of such cases, as well as the recent increase in twin births,”