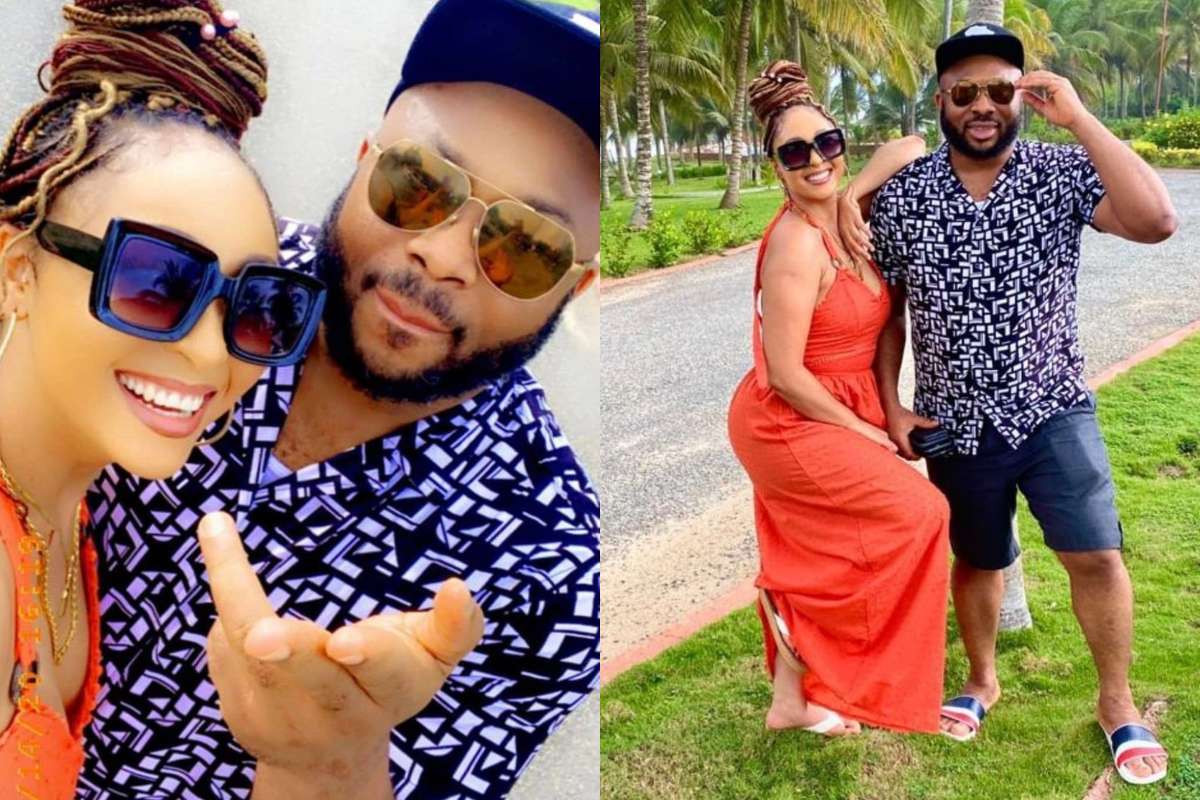 After several denials, actress Tonto Dikeh’s ex-husband, Olakunle Churchill has finally introduced his former personal assistant and Nollywood actress, Rosy Meurer who was at the center of his divorce, as his wife.

You will recall that in 2017, the media was buzzing with news and emerging rumors of the reasons behind Tonto Dike‘s failed marriage.

The mother of one, accused another upcoming actress, Rosy Meurer of being the reason behind her failed marriage. She alleged that her husband was sleeping with Rosy, buying her gifts and taking her on trips.

Rosy released a video, supposedly clearing the air, and setting the record straight as she claimed to  be a close friend of both Tonto and her husband Olakunle Churchill, read here.

Following Tonto’s tell- all interview, in which she accused the same actress for being the cause behind her failed marriage again, Rosy took to Instagram to share a picture of herself, asking everyone to have a good Friday and forget all the bad things they heard.

In a birthday message, Olakunle penned down to Meurer on February 15, 2021, he described her as “Mrs Churchill”. He also disclosed that she stood by him when the world was against him and also took missiles for him. He wrote:

READ ALSO: Tonto Dikeh Breaks Down in Tell All Interview On Her Marriage, Career and Motherhood

“A special sunrise, on this precious day, a great woman was born. During my hard times when depression would have taken the better part of me, you were my bedrock. When it was like the whole world was against me, you stood by me, even took some missiles because of me.

When I thought I lost it all, you encouraged me to hope on God that he will give me back all l have lost. Happy birthday Mrs Churchill. Age with grace, l have got your back 247 by the special grace of God.” 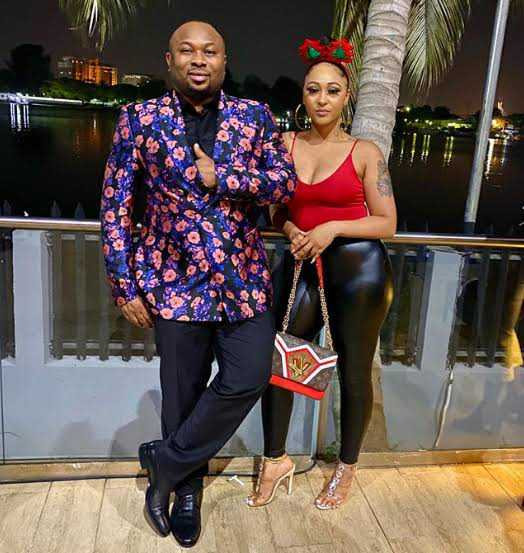 Rosy Meurer who reacted to the birthday message, affirmed that she has never doubted him. She wrote;

Nasty Drama As OAP Dotun Drags His In-law, D’Banj: ‘The World Will Know How Wicked, Deceitful, You And Your Family Are’

”Aww thank you so much. I appreciate you always. We thank God and I’ve never doubted you.” 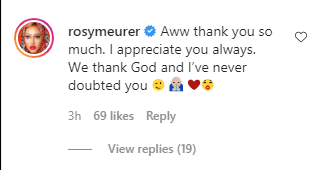 This is coming amid reports of Rosy Meurer being pregnant with her first child. 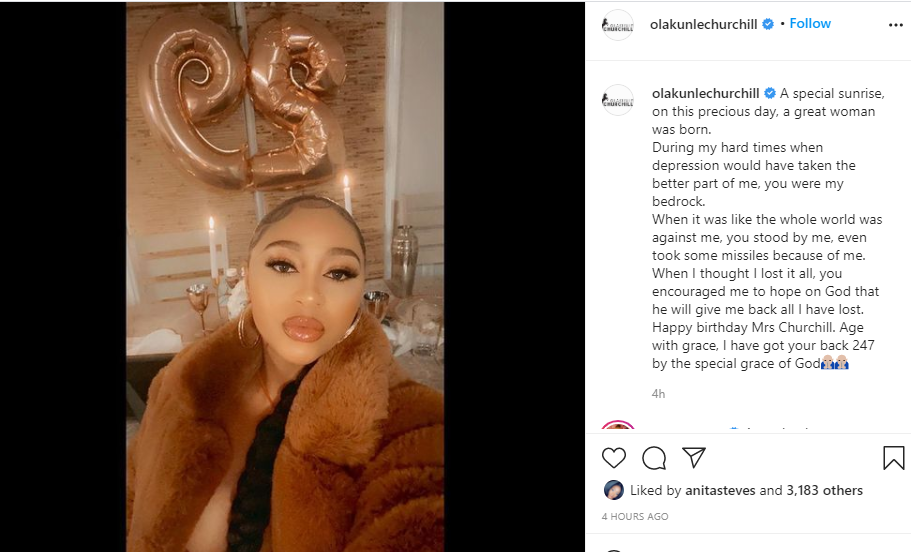