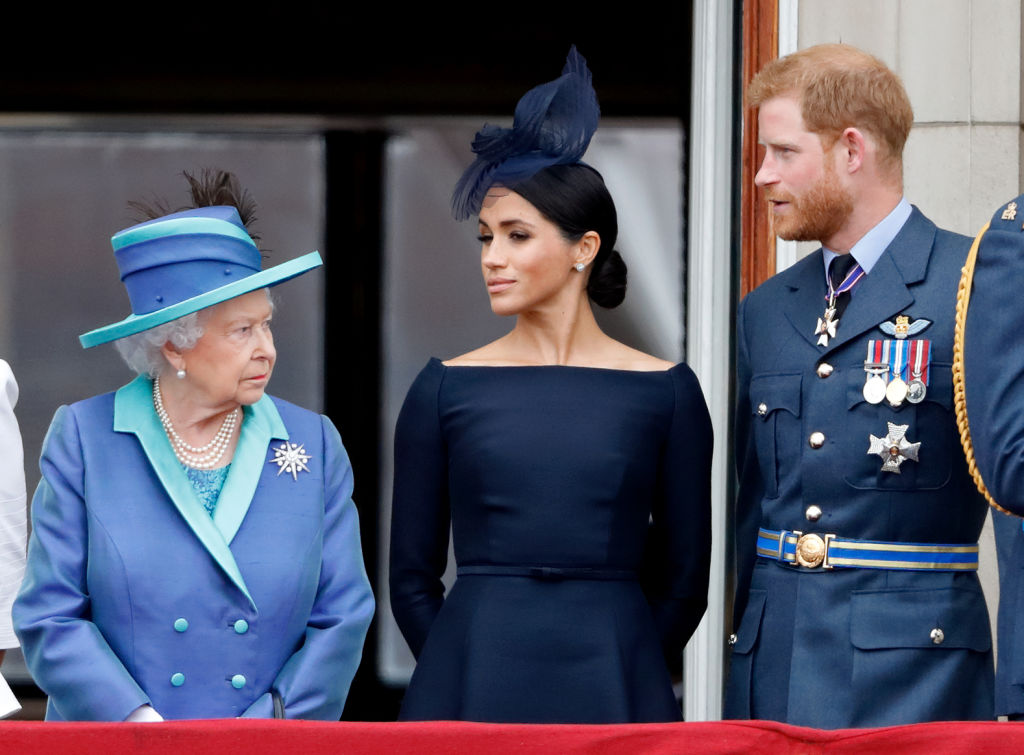 Buckingham Palace has finally broken its silence, hours after the Duke and Duchess of Sussex, Prince Harry and Meghan Markle, accused the English monarchy of racism.

Recall that during the explosive interview with Oprah Winfrey which aired on CBS this week, the royal couple who has since fled the UK for the United States, said a member of the monarchy had expressed concerns about the potential colour of their then unborn son, Archie.

Prince Harry also disclosed that race was one of the reasons why he took his family out of the palace and out of the UK.

Meghan, who is biracial disclosed that her non-acceptance at the palace made her feel trapped and that she contemplated suicide.

The palace had refused to react since the interview became the hottest topic across the world -gracing the frontpages of all the tabloids in the UK, and dominating breakfast and prime time television across the globe.

However, Buckingham Palace has now said in a statement that the accusations of race are “concerning” and that they will be addressed by the family privately.

The palace also said: “recollections may vary” but the claims made in the Oprah interview are “taken very seriously.”

“Harry, Meghan and Archie will always be much loved family members,” the statement reads.

It also adds that:

“The whole family is saddened to learn the full extent of how challenging the last few years have been for Harry and Meghan.

“The issues raised, particularly that of race, are concerning. Whilst some recollections may vary, they are taken very seriously and will be addressed by the family privately.”

The BBC reports that the response from Buckingham Palace comes after crisis meetings involving senior royals in the wake of the deeply personal interview by the Sussexes, who spoke about racism, mental health, the media and other members of the Royal Family.