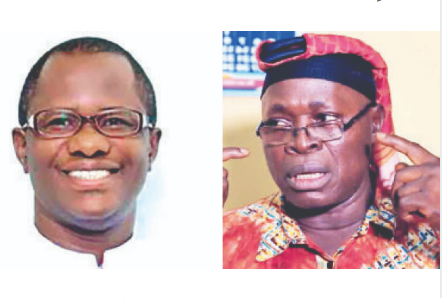 Sometimes, it’s difficult to understand why some women are unable to conceive and bear children of their own after many years of wedlock. They simply find themselves hurting and agonising. Help seems to cease, even after they have severally sort for it.

Often, couples at this crossroads have no other place to turn to. But here is a soothing line from two faith leaders and a marriage counsellor.

Sunday Sun learnt that one needs to experience the challenges of childlessness to know how they feel. It was further learnt that sometimes victims are under severe pressure, feel abandoned and derided for no fault of theirs.

“I don’t know how a baby sits in the womb. That is an experience every married woman wishes for, but I have never had such,”

Mrs Osahon was reported to have told her friend.

But the lady in question is such a dedicated woman of God. But getting home daily, she is slapped in the face with the reality  that she and her husband might not have a child of their own. But now, she has a child through adoption.

Another woman, Mrs Uwakwe told DailySun that “not having a child of one’s own, can be such a bitter experience,” shrugging off her disappointment. She miraculously gave birth to twin boys 17 years after wedlock; and now she is a mother of three.

“From all sides, one is faced with pressure. It is too much. At some point, you begin to feel really hurt. Progressively, things might get worse. You simply get buffeted.

Kicking in Mrs Ariawhoria, President, Provincial Marriage Advisory Care (PMAC) of Catholic Archdiocese of Lagos attested that “failure to bear children after marriage is a big challenge to those affected.

“There is lady I know, who always feels very bad about her condition,” she said.

SEE ALSO: The Journey To Motherhood As 3 Nigerian Women Narrate Their Stories Of Pain And Frustration

Purpose of marriage and procreation

Father Godonou tracing the history of creation acknowledged that:

“In the book of Genesis, Chapter 1:28, God commanded humanity to go and increase and multiply. So, it is the desire of every human to procreate.

“Up to the middle ages, marriage was perceived as geared towards procreation, and nurturing children in the faith.

“But having gone through a lot of medical research and having found that some people, as hard as they might try, are not able to have children, it was acknowledged – even in the same Book of Genesis, that marriage is not only for procreation but also for companionship (Gen.2:21-25).

“But there is no forgetting that the purpose for our creation is ultimately to give worship while we live.”

“Islam says we were created not to continue to produce children, but to worship Allah. Allah says I created men and beings for the purpose of worshiping me.

Attitude to bareness rooted in culture

Mr Ariawhoria also said that culture has a lot of influences on how the society sees couples who are yet to bear children. According to her,

“In an African society this is a big problem. It is not easy at all. But in Europe and America it is not so.

“In Africa, when a marriage does not produce a child it presents serious challenges. The couple does not feel happy; the man and his wife don’t feel complete. In most cases, they will be facing harassment especially the woman. Often, there is pressure on the man – from his family and friends.

“In one instance, a woman who is a Christian mother advised his son to get a girl friend to bear him a child since his wife could not do that for him.

“So, when pressure continues to tumble in, the woman might begin to feel unaccepted – that something is lacking.”

Father Godonou equally shared his view, recalling that “the way we see couples who are yet to produce children tells a lot about our culture.” Then he warned: “This attitude of the society has to change.

“We need to begin to fully realise that it is the Lord that gives and takes. If He wants to make a couple fruitful, He will surely do that.

“I have a number of testimonies of couples who stayed for years without giving birth. One of them stayed for seven years and had twins. After 13 years, they conceived again and gave birth to twins again. This is real testimony of what God can do if we are really patient.”

Equally lending his voice against putting pressure on childless couples, Prof Akintola noted that “the practice of blaming a woman for giving birth to female or no kids at all should be condemned.

“Sometimes some men go out of their way to marry another women they think will give them children, particularly male children, forgetting that Allah says, I’m the one that will give you either male or female.”

While condemning the idea of deriding childless couples, he expressed bitterness that “families of the husband particularly are the ones that put pressure on the men by telling them that they married barren women.

Sometimes they go to the village and bring little girls to them and then break such marriages. They run around and cause havoc for the couples.”

ALSO SEE: Singer & New Mum Doyinsola Shares On How The Arrival Of Her Newborn Has Fueled Her Faith After 3 Miscarriages In 6 Years

Couples passing through the stress of childlessness need the sympathy and understanding of every one. This is the submission of Father Godonou.

“They need our sympathy, care and understanding. We need to put ourselves in their shoes; we need to understand the enormity of distress they go through and support them in whatever way we can. We don’t need to aggravate their distress with our pressure, and ridicule.”

What couples should do

“We have to be open to the will of God. But that does not mean that we should not make effort to conceive in a very moral and meaningful way to God.

“But if a child does not come, having tried all you could medically and spiritually, it might be a good idea to seek adoption as an option. Some people have become parents through adopting a child.”

Here, Arawhorai draws attention to simple medical checks which need to be explored.

“For instance, through the love and life billings method, we have a way we can help to know whether there is really fertility or a need for assistance. The church is open to technology to know the physiological aspect of the couple so as to establish whether there is an issue causing them bareness.

When these two avenues have been explored, and nothing seems to happen, then we will advise the couple to move on and show love by caring for other people, and taking part in the work for God. They will be encouraged to commit themselves to rendering service to humanity and helping children and people who need serious help.”

She further advised them to move on with their careers, while believing in God for a child, still emphasising that “they can devote themselves to charity work. She stated:

“Such people are free; they might have the time and even the resources. So, they can devote their time and resources to showing love to other people especially children who are disadvantaged. They can help out widows who have no one to help them train their kids. They can adopt a child or an orphan and assist him or her. Such kids will be eternally grateful to them in future.

“They should understand that being derided for not having kids is a human factor. Whatever situation one is in, human beings will always capitalise on it to make jest of them. Couples should, therefore, understand this and take their lives as easy as it comes.”

“Couples without children should rely on the love that connected them from the beginning. Some people should not see a big deal in seeking for children at all costs. They shouldn’t go from one herbalist to another, from one alfa to a pastor looking for children. That desperation is not expected of us. We should not be desperate.

“They should look futuristically and say, ooh, what if we do not have children. We should not forget that there are couples whose children remain a curse and not a blessing.

“Our best disposition is that if we don’t have children we will have ourselves. Husbands and wives should continue to love. If you throw a woman into trouble or kick her out because you don’t have a child, Allah is going to judge you because you have broken a home.”